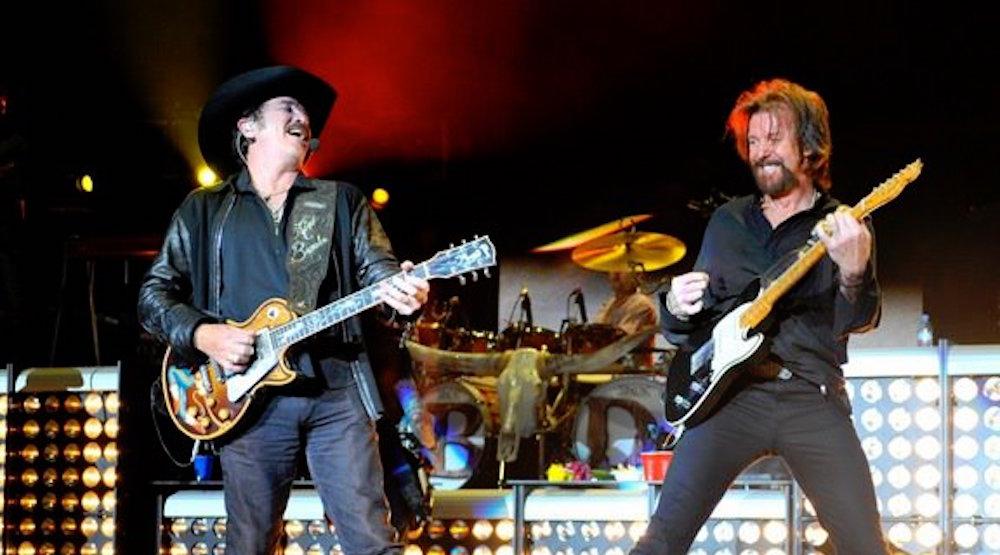 Brooks & Dunn, will be rocking the Scotiabank Saddledome on Thursday, July 13 as part of the 2017 Virgin Mobile Stampede Concert Series.

This will be the duo’s first time in Canada since their 2010 farewell tour after announcing their retirement in 2009.

The most awarded act in American Country Music history, together, they have sold a total of 30 million albums and collected more than 80 industry awards, including 20 CMA trophies and two GRAMMYs.

Since releasing their first album in 1991, Brooks & Dunn have dominated the country charts with hits such as “Boot Scootin’ Boogie,” “Honky Tonk Stomp,” “My Maria,” and “Only in America,” along with 19 other chart-toppers.