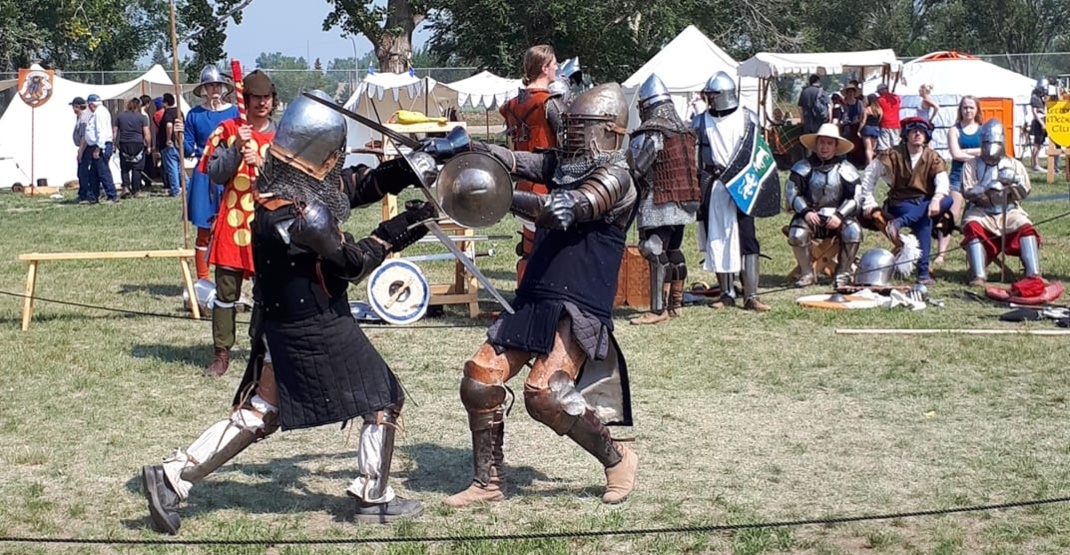 You’ll have to keep your sword in its scabbard for another year yet, as the 2019 Brooks Medieval Faire has been cancelled by organizers.

The annual event was set to run this weekend in Brooks, Alberta, and include a host of knightly events including a pig roast, a tournament of champions, and multiple performances.

Unfortunately, a post on the event’s official website has stated that the 2019 edition of the Faire has been officially called off due to “severe illness and a car accident.”

“Ticket refunds will be issued through Eventbrite and vendors will be refunded through e-transfer. Thanks to everyone for their support and well wishes,” the statement reads.

Not all hope is lost, however, as the announcement ended on an optimistic note, stating that organizers Jen and Sandy plan on making the 2020 Faire “bigger and better than ever.”

So, while you may need to wait for another 366 or so days before getting your fix of medieval shenanigans, rest assured that Alberta’s largest Faire will be making an eventual return.