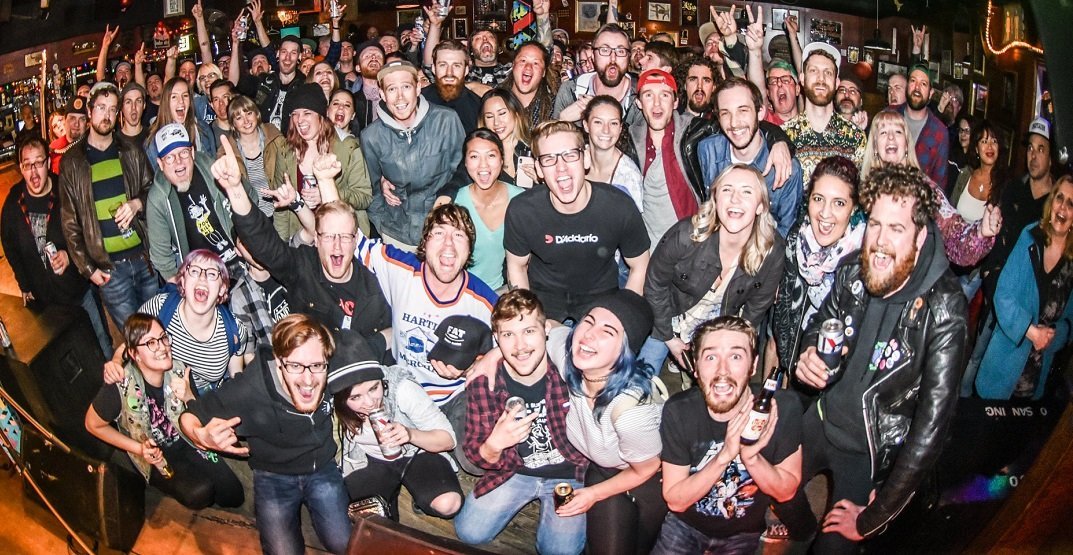 It sounds somewhat surreal to say, but Broken City is already halfway through its second decade of operation.

The little dive bar that could is turning 15 this weekend, and they’re obviously throwing multiple parties to celebrate.

A heart-felt release from Broken City details the history that has been made at the venue, seeing the likes of Raekwon, Black Lips, Thee Oh Sees, Jonathan Richman, Mudhoney, and many other bands and performers bless the beer-soaked stage.

There have also been a number of impromptu appearances by comedy greats like Zach Galifianakis, Hannibal Buress, and Nick Offerman at Comedy Monday Night, which boasts the title of Western Canada’s longest-running comedy show, according to the release.

The release also sheds light on what kept the venue going all these years.

“It’s a labour of love — and a little bit of insanity — but there’s a reason that we’ve stuck around this long. The people. You, our patrons, friends, supporters, and champions. The folks who have gone to the boards for us when the chips were down,” the release states.

“The bar staff who have devoted their days & nights to this place — some going from bussing to bartending the day they turned 18. The kitchen staff who have created one of Calgary’s best kept culinary secrets — a menu that’s 95% made in-house. (Sure, Beyond Beef burgers are great, but have you tried the Poipu?). Our bookers, our bouncers, and of course our ragtag quartet of owners — like any weird family, we’re all a little *Broken* — but in the best possible way.”

The release ends by inviting Broken City patrons new and old out to their lineup of events taking place this weekend.

“We hope, that with your continued love and support, we’ll continue being the beating heart of Electric Avenue for a long time,” they said in the release.

“So come out this weekend & celebrate the community you’ve all helped build. We’ve got three incredible shows lined up for you – stay gold and raise a glass to one of Calgary’s best music venues.”

Here are the events to check out at Broken City this weekend:

The Wild with Crooked Spies, As Above, and Mademoiselle