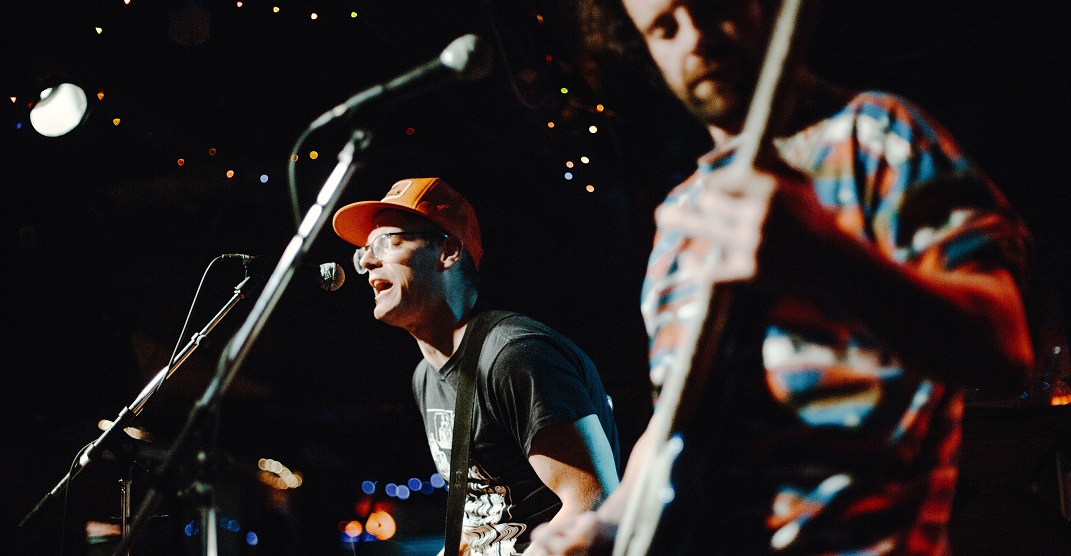 Story and photos by Claire Bourgeois

It can be easy to miss the thriving music scene that comes alive almost every night in Calgary.

Whereas some might believe this city is a place for country music and nothing more, a diverse community sits just below the surface. From open mics and jams, to jazz nights and concerts scattered across a variety of venues, there’s something to check out almost every single night.

Rockin 4 Dollar$ is a long-standing Wednesday night favourite and one of Calgary’s worst-kept secrets for musicians and music-lovers alike. This recurring artist showcase is open to anyone brave enough to take to the stage, and offers the chance to walk away at the end of the night with some cold hard cash.

Bands and solo artists of all genres and backgrounds gather at one of Calgary’s favourite dives, Broken City, to perform a 15-minute set and spin the wheel. With everything from “thrift store vinyl” to “beer gets spit on you,” each band is willing to make this gamble in hopes they hit the jackpot: A cash prize ranging from $200 to $1000. 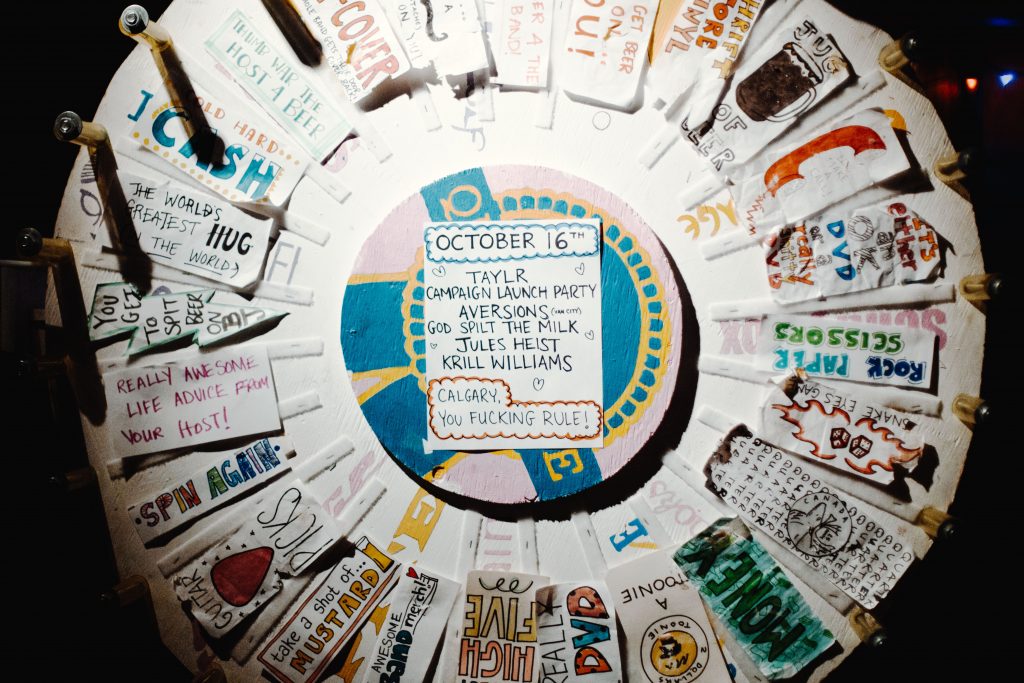 Each week bands spin the wheel for their chance to win up to $1,000 or other various prizes (Photo by Claire Bourgeois)

Each week  eight to 10 bands take the stage to play a few songs — often providing a combination of original music and covers. It’s a can’t-miss event for anyone looking to discover some of the city’s biggest up-and-comers.

Inspired by witnessing a similar event in his home province of Nova Scotia, scene staple BJ Killer (The Hockey Fight, The Ativans, Chixdiggit) brought R4$ to Calgary in 2015 and has watched it grow ever since.

“The first year we started out we almost threw in the towel the first seven months. We had to beg all our friends to go– every week we’d say ‘I’ll buy you a beer if you come,'” Killer said in an interview.

Years later, and getting people through the door is rarely an issue. On any given night they’ll see upwards of 100 people in attendance. 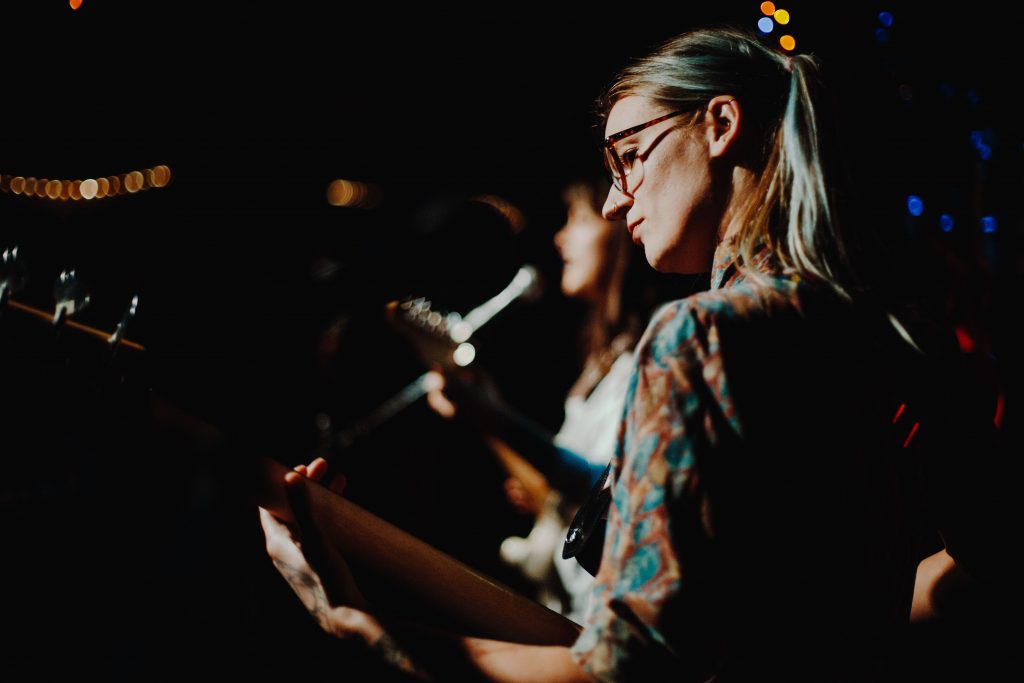 The addition of theme nights is another great way to get a diverse crowd into the venue, ensuring the night never feels stale. Past themes have included  “Queens of Pop,” “Hot Wings Challenge,” “90s TV show theme songs,” and “Bird Box,” (in which the artists need to play a song with their eyes covered, based on the Netflix thriller of the same name).

This isn’t your typical battle of the bands —  every performer has the chance to spin the wheel at the end of the night, replacing any sense of competition with camaraderie.

“We’re working to put this in every major city across Canada. It’s an amazing opportunity to meet people who are like-minded and into music. It’s low stress; you show up, plug in, and play,” Killer said. 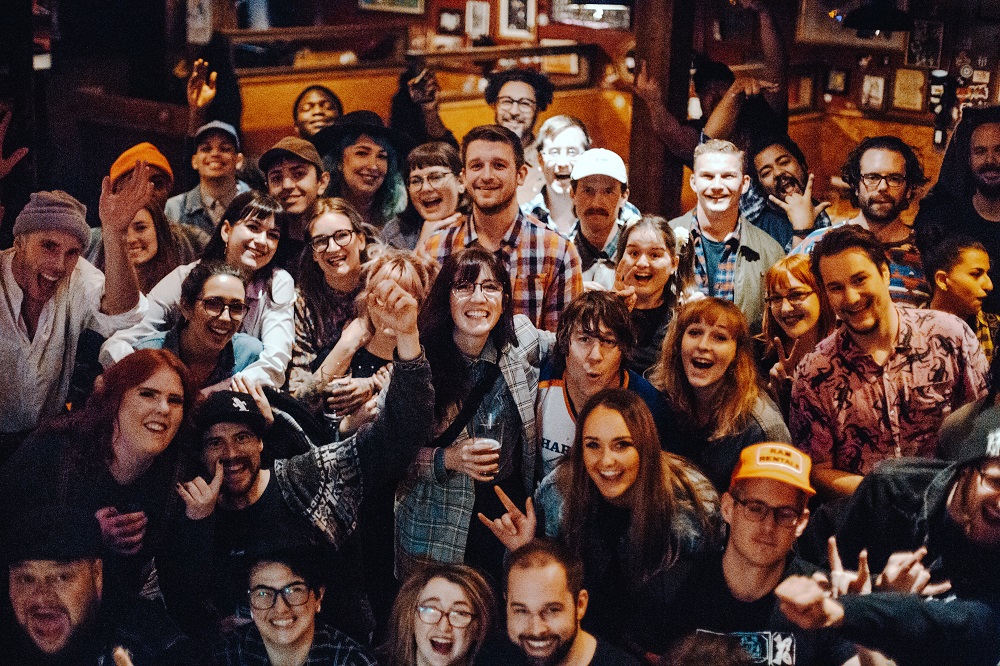 After each set, the room lines up for what Killer lovingly refers to as the “world’s longest hockey lineup.” As the bands make their way down the line, accepting high-fives, handshakes and compliments, the true magic of the Rockin’ 4 Dollars legacy is revealed.

“As you’re shaking hands and interacting, [it] builds a better platform for everyone. It allows for those magic moments — people make friends, form new bands.” 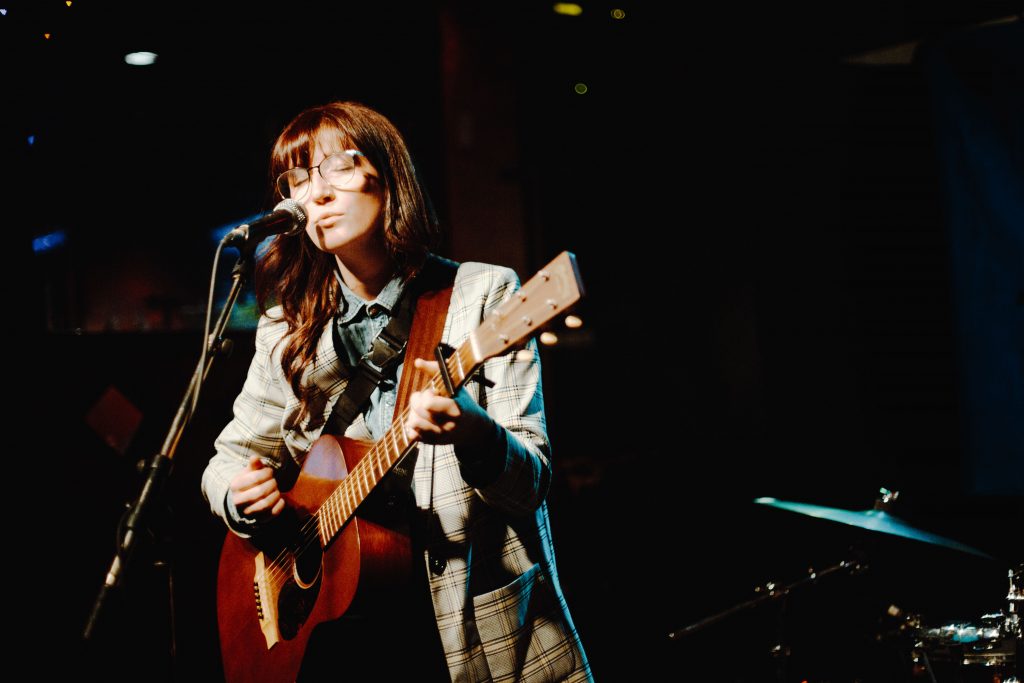 This attitude seems to be a recurring theme that echoes throughout the music scene, more so here than anywhere else across the country. One of Calgary’s best assets, and one that sets our city apart, is the underlying community that allows artists to thrive. The entire city acts as one big hockey lineup, wishing one another the best of luck as we work to put our city on the map.

With different bands, song choices, and audiences every week, one never knows what they’ll come across on a R4$ night. Two things are guaranteed, however: cheap beer and a good time.