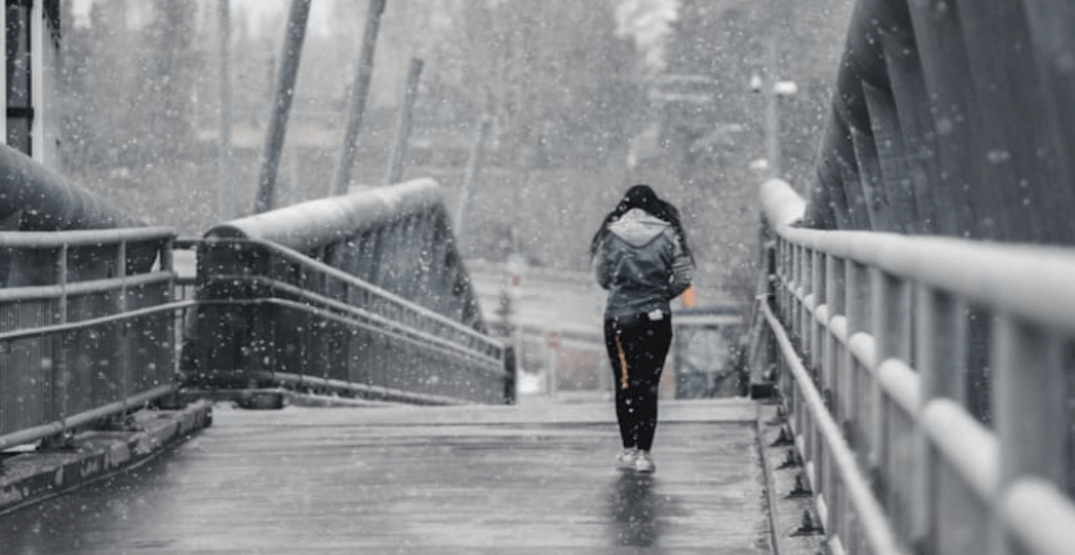 We’re about to head into some real winter weather, Calgary.

We may have seen a few big snowfalls over the past few months, and the air outside is cold enough to make mittens and toques an everyday necessity, but we haven’t yet seen that truly biting cold that only Albertans know.

Well, the wait is finally over.

This week will bring temperatures down to as low as -15°C in YYC, coming as a result of an expected cold spell that will hit this weekend, according to The Weather Network — still not quite the coldest we’ll likely see all winter, but an omen of temperatures to come.

Tuesday has already been chillier than usual, with official temps coming in at -5°C though the wind chill makes it feel closer to -13°C.

Environment Canada currently has a number of snowfall warnings in place for regions throughout southern Alberta — including Calgary’s neighbouring Okotoks — with 10 to 30 cm of snow expected to fall by Wednesday morning.

Wednesday will be similar to Tuesday in Calgary with a high of -5°C that feels like -10°C, though Thursday and Friday will warm up to scorching highs of 4°C.

The switch will be flipped come Friday night, when it will drop to -7°C and stay that way all throughout the day on Saturday — along with a 70% chance of around 5 cm of snow falling. 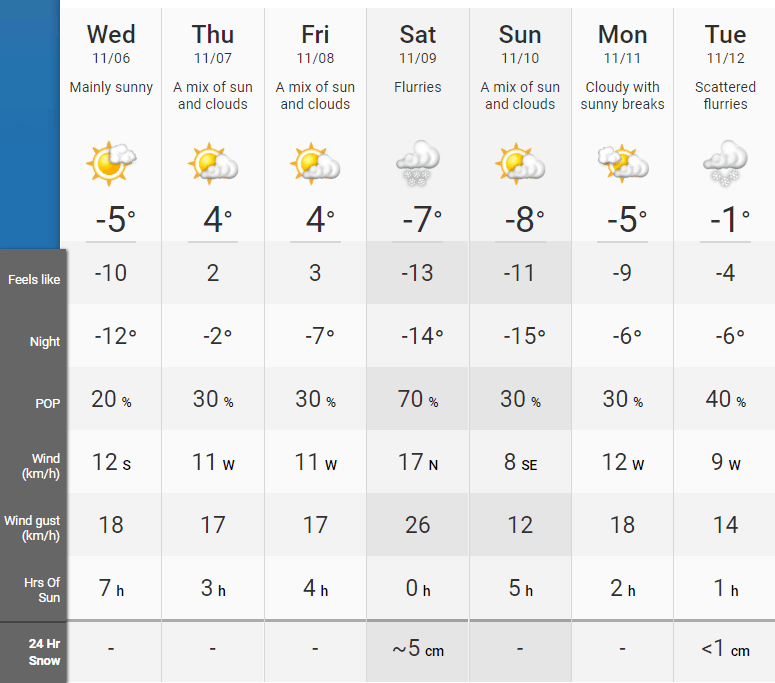 Saturday night gets even colder, plummeting to -14°C before a -8°C day on Sunday that feels like -11°C.

Sunday night is when the real cold hits with a nightly low of -15°C. We’d suggest getting the fire going, or at least wearing your warmest pair of socks to bed that night.

Things will be (relatively) warmer on the following Monday and Tuesday, though don’t expect to head outside without a scarf anytime soon.

Here’s hoping that a chinook will eventually thaw us out.