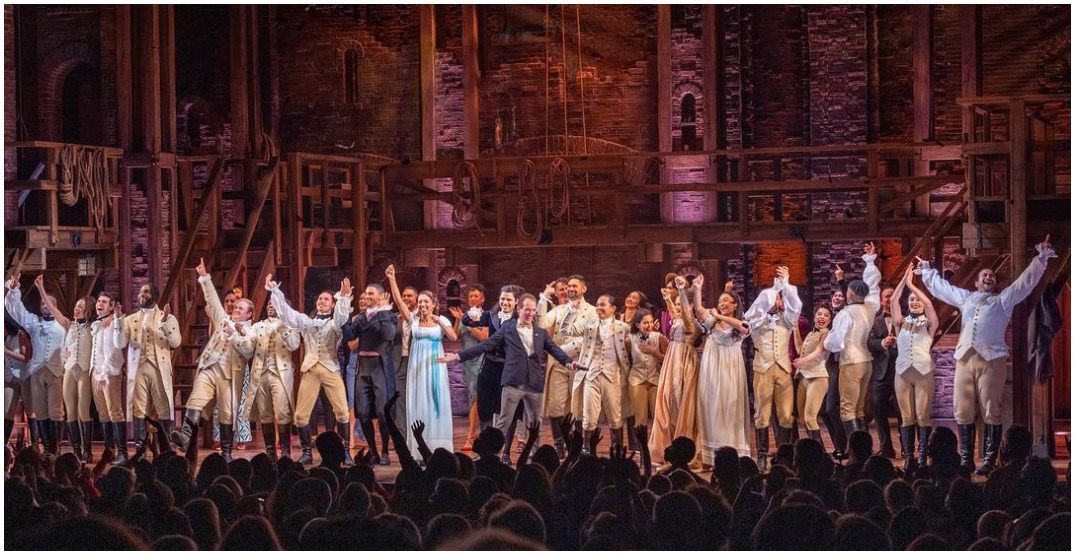 The pandemic delayed a series of shows that were coming to Calgary last year.

Aside from Hamilton, Calgary theatregoers will be able to see productions of Anastasia, Jesus Christ Superstar, and Come From Away.

This Calgary  tour is set to begin in January 2022, with all shows being presented the Southern Alberta Jubilee Auditorium.

“We’re greatly optimistic about the return of Broadway to the city of Calgary and thrilled to share the news that shows previously announced for the 2020/2021 season have been successfully rescheduled at this time,” said Shana Levin in an email to Daily Hive, President of Broadway Across Canada.

Anastasia kicks off the tour, with eight shows currently listed between January 4 to 9.

“From the Tony Award-winning creators of the Broadway classic Ragtime, this dazzling show transports us from the twilight of the Russian Empire to the euphoria of Paris in the 1920s, as a brave young woman sets out to discover the mystery of her past. Pursued by a ruthless Soviet officer determined to silence her, Anya enlists the aid of a dashing conman and a lovable ex-aristocrat. Together, they embark on an epic adventure to help her find home, love, and family.”

The next show in the series and likely the one most will be excited for is Hamilton.

Broadway Calgary currently lists 24 shows between July 12 to July 31, making it the largest release of the four shows.

Broadway describes Hamilton as, “the story of America then, told by America now. Featuring a score that blends hip-hop, jazz, R&B and Broadway, Hamilton has taken the story of American founding father Alexander Hamilton and created a revolutionary moment in theatre — a musical that has had a profound impact on culture, politics, and education.”

Come From Away has 8 shows listed between September 6 and 11.

Come From Away (Broadway.com)

“The remarkable true story of 7,000 stranded passengers and the small town in Newfoundland that welcomed them. Cultures clashed and nerves ran high, but uneasiness turned into trust, music soared into the night, and gratitude grew into enduring friendships.”

Broadway notes that Come From Away was also a New York Times Critics’ pick.

Full details on the shows and how you can line up for tickets available here.