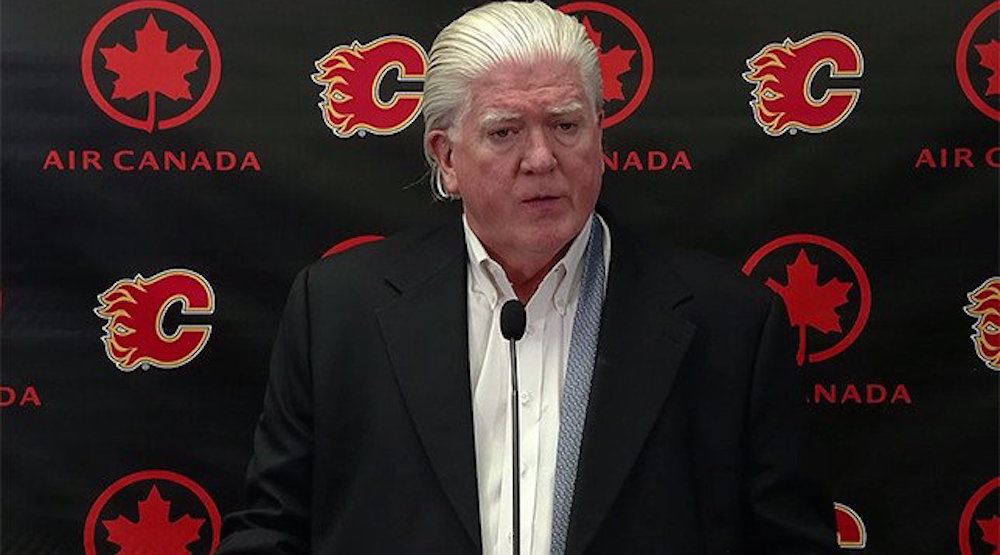 The temperature is rising with regards to the Flames and their pursuit of a new hockey arena to replace the Scotiabank Saddledome.

Speaking to the public at the Canadian Club of Calgary on Wednesday, Burke dropped a bomb. The Flames could leave Calgary if they don’t get a new arena, according to president of hockey operations Brian Burke.

“We have the nicest building built in 1983 and it was subsequently flooded,” Burke said.

Call it a threat, or call it a promise, but either way the line has been drawn.

The Flames want taxpayer money to help fund a new arena. The team has proposed an $890 million arena complex, asking for $690 million coming from taxpayers.

Unfortunately for the Flames, CalgaryNEXT was deemed “dead” by mayor Naheed Nenshi back in March.

The Saddledome is now the second-oldest arena in the NHL, and with the Oilers building a new state of the art stadium up the road in Edmonton, there’s pressure to do the same for Calgary.