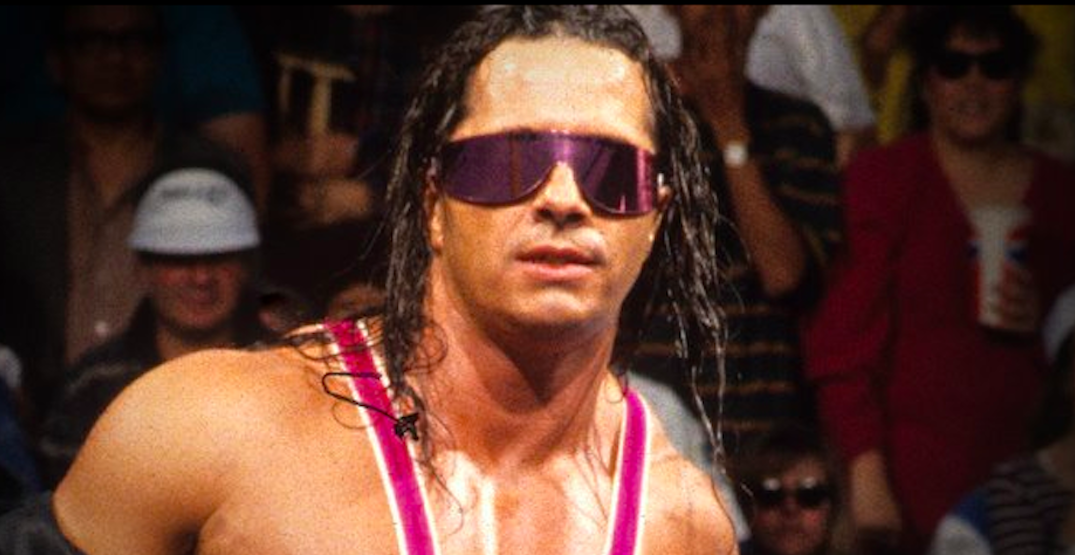 They say you should never meet your heroes.

In my decade-plus friendship with Bret Hart, I’ve seen countless people get to meet their hero. The conversation nearly always followed the same script, a tentative: ‘excuse me, but are you Mr. Hart’, followed by a nervous recollection of the first time they saw him wrestle on TV, maybe an admission that they still had his trademark sunglasses from when they were a kid, that match they watched with their family at Maple Leaf Gardens or at Stampede Wrestling – by this point calling him ‘Hitman’.

Bret would take the time to genuinely listen – he always remembered the match, the city, the event – providing extra tidbits and anecdotes that would thrill whoever was meeting him.

And I would get to bear witness to it, the years melting off their faces until I too could see that excited kid thrilled to be meeting their childhood hero. Bret was a hero worth meeting.

Five years ago, when I was still working at March of Dimes Canada, we, along with Arda Ocal launched a campaign to have Bret Hart inducted into Canada’s Walk of Fame. We were ultimately unsuccessful, but it prompted me to send another tweet last week, lamenting the fact that he still isn’t there.

.@Brethart is Canada's most legendary wrestler, but his philanthropy far exceeds what he's done in the ring. He is a 2-time WWE Hall of Famer and it's long past time he is inducted in @CWOFame.

It received immediate attention, with retweets from the likes of William Shatner, fellow wrestlers like the Singh Brothers and Bret’s niece Natalya, as well as a number of Canadian media members, many expressing surprise to learn that he wasn’t recognized years ago.

But to me, his work with charity far exceeds anything he’s done in the ring.

I first met Bret when I was working at March of Dimes. He was connected to us by a friend who thought Bret might want to have some involvement in the charity’s stroke recovery program.

I was nervous to reach out. Bret had only recently survived a devastating stroke and I was concerned that it was too soon to ask him to speak about his experiences. Still, I sent off a letter and he responded almost immediately, asking simply: “What can I do to help?”

This was in 2007, and he has been the spokesperson for the stroke recovery program ever since. He would and still does travel across Canada to events, signing autographs, making guest appearances at fundraising events, giving talks, and taking endless media interviews.

But it was the one-on-one interactions with fellow stroke survivors that Bret cherished the most. There is a kinship there, of belonging to a community that nobody wants to join.

I know these were often challenging times for Bret. Talking over and over about one of the most traumatic experiences of his life. You never get inured to that pain. But he did it, and continues to do it, because he knows it helps, and he wants to make a difference.

So when two years ago he faced yet another potentially devastating health challenge, at the urging of his urologist, Bret went public with his prostate cancer. He shared what for many men is intensely personal, because he sadly knows firsthand the importance of early detection.

Bret is thankfully in remission, but his eldest brother Smith passed away in 2017 to the same cancer, having not caught it in time. Bret now spearheads annual drives for men to get their PSA levels checked. He is unquestionably helping to save lives.

For 10 years while at March of Dimes, I would accompany Bret to his appearances. And it was during these times that we would routinely get stopped with the ‘excuse me, but are you Mr. Hart’? Having always packed his schedule, we were inevitably on our way to another appearance, another interview. I would start getting impatient, trying to subtly intervene and remind Bret that we had somewhere else to be.

That’s when I get ‘the look’ – the look that told me to back off, because he was going to finish this conversation, regardless of how long it took. And afterwards, a gentle reminder to me that he wouldn’t be where he is today without his fans. And that if one of them wants to talk to him, he wants to talk to them too.

This is the Bret I know. Not the ‘Hitman’, the long-haired wrestler who has over 50 action figures in his likeness and an iconic pair of sunglasses. But the man willing to share his life in the aid of others.

Bret has already cemented himself as a wrestling legend and humanitarian. It’s long past time that his name is cemented into King Street in downtown Toronto as part of Canada’s Walk of Fame.