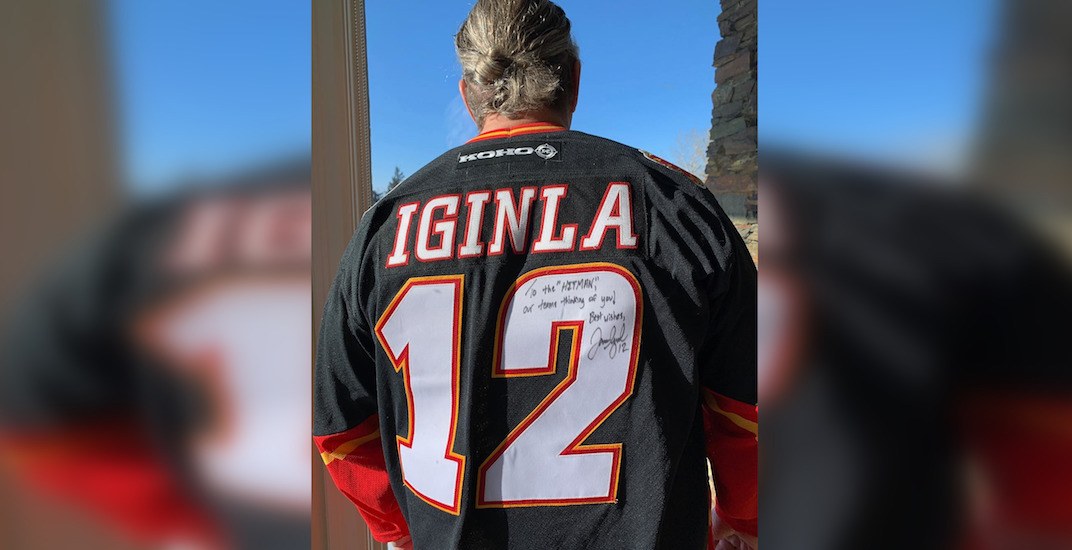 In more ways than one.

Iginla, the all-time leader in goals and points in franchise history, became just the third Flames player to have his jersey retired by the team on Saturday.

A great goal-scorer, Iginla is also well known for being an exceptional human being as well.

One more story on Saturday’s man of the hour. On my way out after 1 am was surprised to see a big crowd just inside the main exit.

That was reinforced by Calgary native Bret “Hitman” Hart, who shared a heartwarming story about Iginla on social media. Iginla, Hart says, visited him in the hospital after the wrestling legend suffered a stroke in 2002.

“Jarome Iginla gave me this jersey a week after I had my stroke in 2002,” Hart said on Instagram. “I’ve always treasured it because it meant so much that he and his wife visited me in the hospital during such a challenging time in my life.

“Congratulations on the jersey retirement and thank you for so many great seasons. All the best to you, Kara, and your family.”