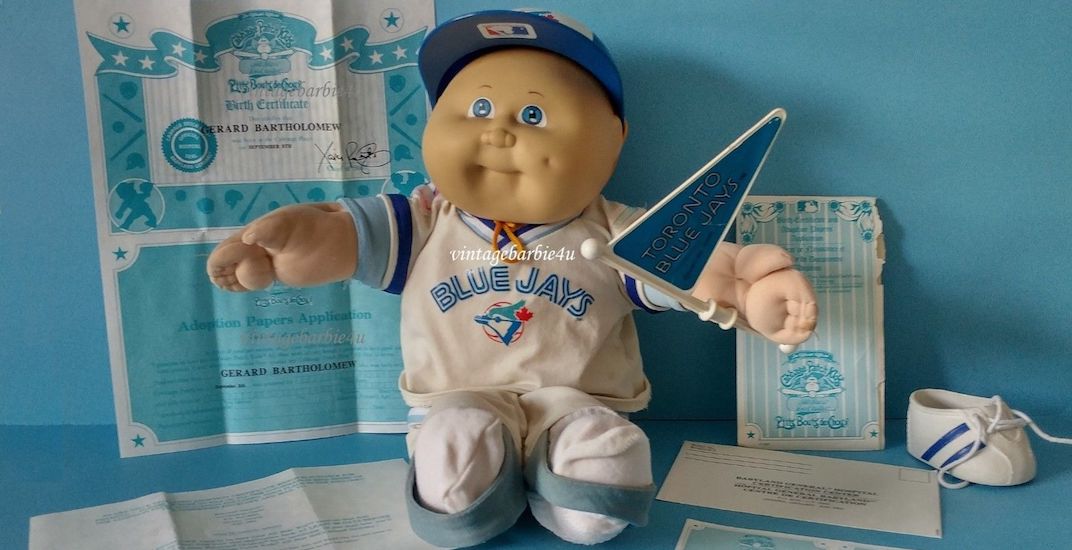 Aside from a World Series ring – or, other than an announcement that Vladimir Guerrero Jr. will play third base for the Blue Jays on Opening Day – what gift can you give a Blue Jays fan that will take their breath away?

We have the answer; a ridiculously expensive piece of Blue Jays paraphernalia they probably don’t need and they’ll later in life regret having in their possession. Happy Holidays!

To help you surprise that Blue Jays fan on your holiday shopping list, here are some easy ways to blow a few hundred or thousand dollars in order to pull an expensive and elaborate prank on someone you adore. 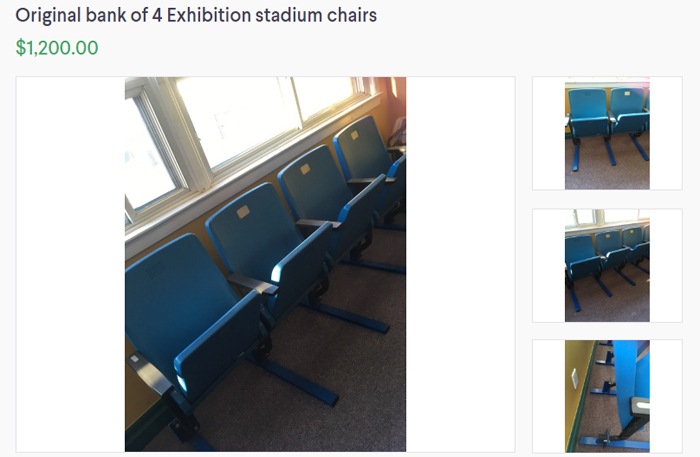 If you thought the seats at the Rogers Centre were uncomfortable, the seats at the former Exhibition Stadium in Toronto took ‘painful’ to a whole new level. During April and May home games, these things were frozen solid. Over the summer months, these seats heated up to lava-like temperatures.

Why not commemorate those torturous moments in the stands by shelling out $1,200 to own four of these seats from Exhibition Stadium? 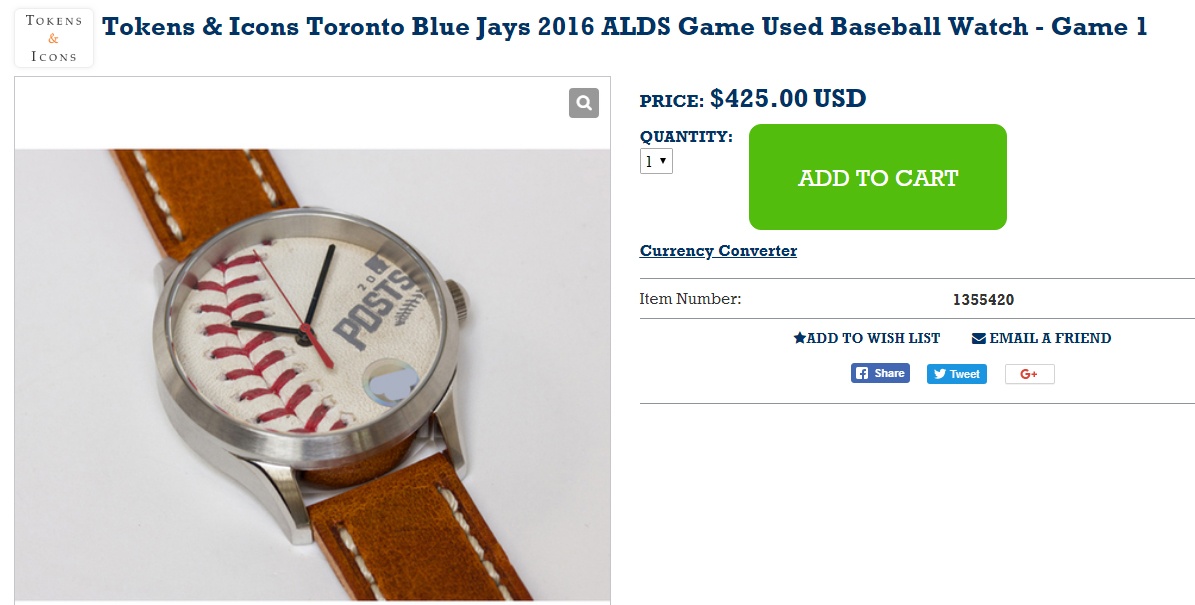 It feels like the 2016 ALDS between the Blue Jays and Rangers was ages ago, but with this commemorative watch, you can relive that series every single day.

The Blue Jays laid a thumping on the Rangers 10-1 in that game and this watch has a game-used ball embedded in the watch face, for some reason. 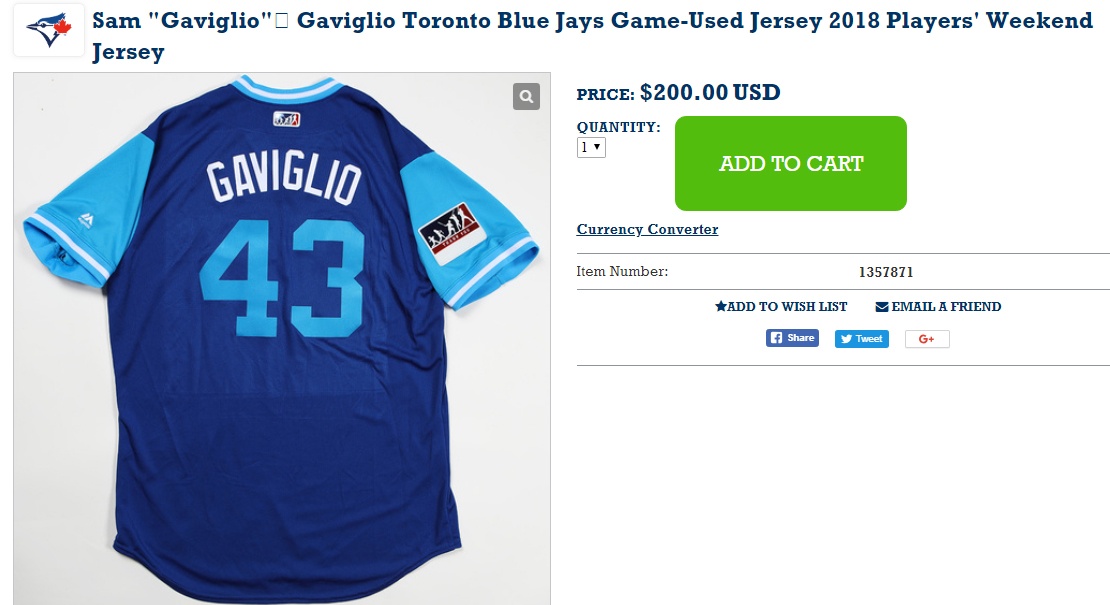 The last two years, Major League Baseball has put on a “Players’ Weekend” when players are welcome to customize the names on their jerseys as they see fit. Many players opt to go with their nicknames … others either can’t be bothered or just prefer to stick with the script.

Here, Blue Jays pitcher Sam Gaviglio went with “GAVIGLIO” for his Players’ Weekend jersey. You can own this game-used number for a reasonable $200 USD.

No, this isn’t any ordinary Blue Jays bobblehead. Why the high price tag for something that seemingly has a value of around $10? This is an extremely rare bobblehead from a cancelled giveaway during the 2008 season.

The club originally planned to give away a Frank Thomas bobblehead on May 25th 2008, but after the veteran slugger struggled in early April, the club released Thomas and subsequently cancelled this giveaway.

These Frank Thomas bobbleheads were never supposed to see the light of day, but you can own a piece of history!

Baseball cards are big business, but there’s an even deeper subculture of baseball collectables: commemorative coins. If you scour garage sales across the country, you may come across one of these beauties.

This is a Tony Fernandez Topps coin, on sale on eBay for just $500 USD. 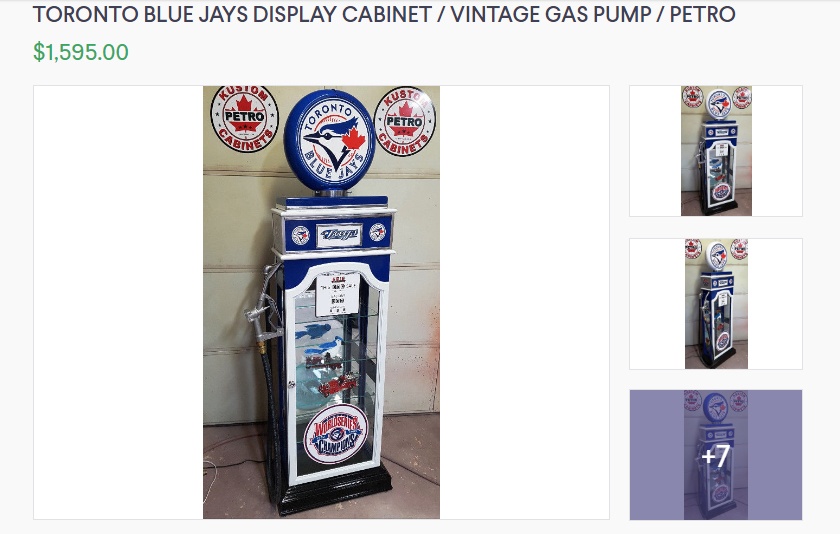 Clearly, someone has taken a great deal of care and consideration into crafting this one-of-a-kind Toronto Blue Jays vintage gas pump/display case. The only issue is there are only a handful of people who A.) might want this and B.) who can afford it.

But if you’re a vintage gas pump aficionado, have an affinity for the Blue Jays and don’t mind dropping $1,600 on a gift, it’s all yours on Kijiji.

Is it too early to say that Vladimir Guerrero Jr. is already on the fast track to stardom? Judging by the price of some of his memorabilia, you’d like he’s already won a few MVP awards.

Nonetheless, his autograph is all over a slew of Blue Jays merchandise, like this helmet for $632.93 on Amazon. Free shipping, though!

Respect to anybody who has the patience to hang onto a Blue Jays collectable for a whopping 33 years and counting. As any child of the ’80s will tell you, Cabbage Patch dolls were all the rage back then.

In 1985, the Blue Jays were a hot commodity as well, as they captured their first AL East Division title that year. So it only made sense to take a Cabbage Patch toll, put a Blue Jays uniform on it, and mark up the price.

Seems like that 33-year inflation really hiked the price on this Blue Jays cabbage patch doll, yours for just under $1,400 US.