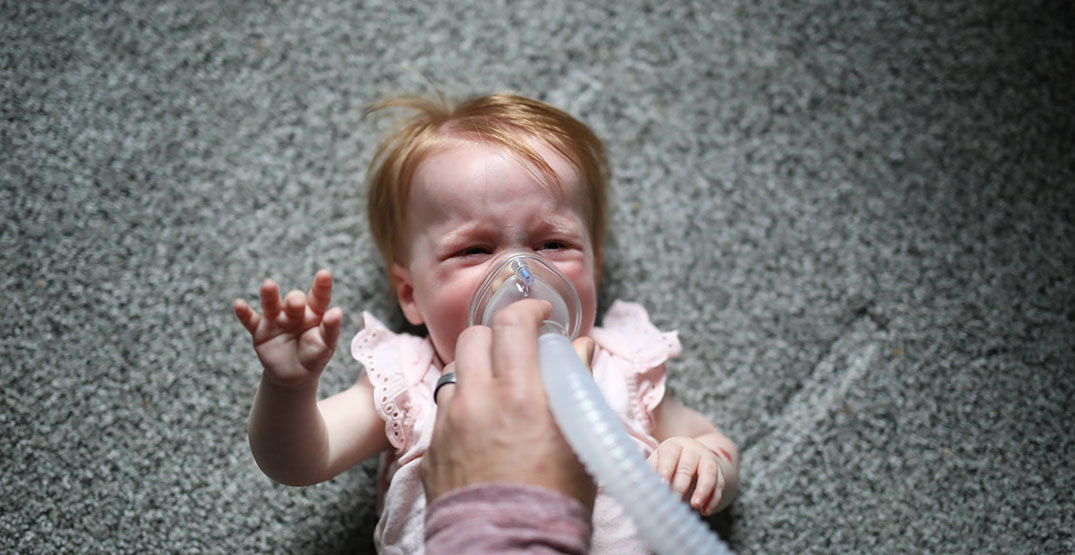 An Edmonton baby’s parents are trying to raise $2.8 million to pay for a gene therapy treatment to stop her rare neurodegenerative disorder before her second birthday.

Her disorder is the same one that two Metro Vancouver babies also have. Baby Lucy and baby Aryan made headlines earlier this summer as their families both successfully raised the nearly $3 million needed to import the lifesaving drug from the US.

The Hanki family is incredibly happy for those families, and hopes their own fundraising journey isn’t “old news.”

The drug that will help Harper is called Zolgensma. It’s one-time injection that will insert a working copy of Harper’s defective gene, effectively stopping the degenerative disorder in its tracks.

But there’s a catch: Zolgensma the most expensive drug in the world. The treatment is sold by Swiss drug-maker Novartis, and it isn’t yet approved in Canada. That means it’s not covered by any provincial health plan, and families like the Hankis have to import the drug from the US through their local hospital.

Time is of the essence, because Zolgensma is only effective in children under two years old. Harper just turned one, and her parents hope to get the treatment as soon as possible.

“Even though that’s an absurd amount of money, it’s just hard to know that it’s not even close,” Amanda Hanki, Harper’s mother, told Daily Hive. “For the circumstances, it’s unfortunately just a drop in the bucket.”

So the family has produced a video telling Harper’s story and asking for donations from friends, family, and complete strangers.

“We know it’s possible … You see the Oilers 50/50 get to $15 million in seven hours, we’re just thinking how do we get our hands on that,” Amanda said.

For now, Harper is getting injections of Spinraza. It’s a temporary solution that slows SMA’s progress. As each injection wears off, John says it’s clear Harper is gradually losing motor function.

“She can’t really move like a one-year-old should,” he said.

The Hankis are in talks with their local MLA to try and lobby Alberta Health Minister Tyler Shandro to include Zolgensma under the province’s public health coverage.

Although SMA is a rare disease, the Hankis know Harper won’t be the last baby born with it.