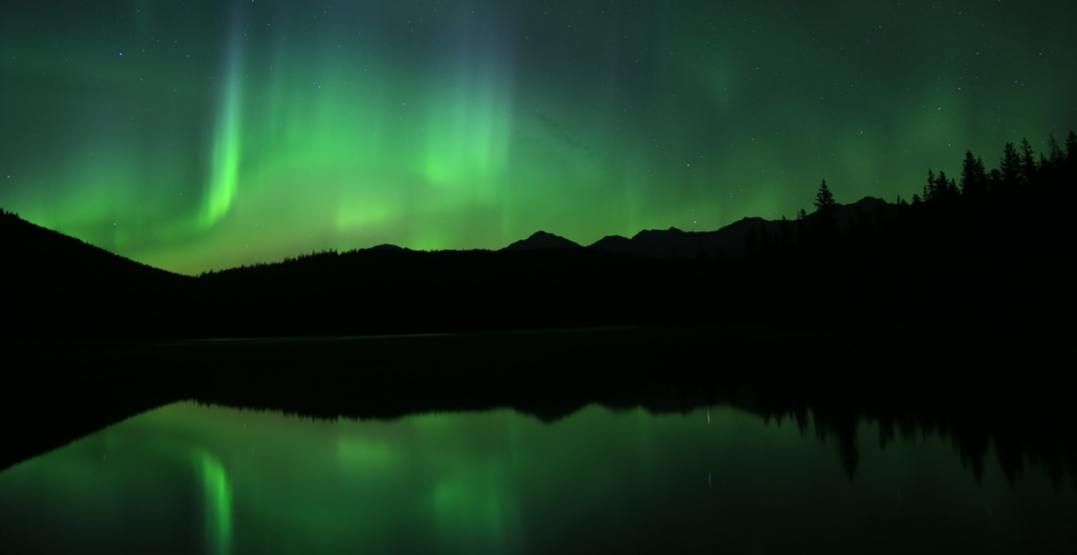 Since 2011, Jasper National Park has been designated as a Dark Sky Preserve, ensuring that the night sky as seen from the area is nothing but shining stars, a glowing moon, and clear constellations.

Every October, the Town of Jasper hosts the annual Jasper Dark Sky Festival to celebrate their designation, and to come together in appreciating the stunning night sky.

Even after October is over the nighttime views from the preserve are nothing short of remarkable, attracting visitors the world over to get a glimpse at their northern sights (and lights!).

It is north of Banff National Park, and west of Edmonton.

The trip should take just under five hours (but be wary of road conditions, especially during the snowy months).

Jasper National Park is a large area, and there’s a whole lot of natural beauty to be found… which we’ll be covering in other Awesome Alberta articles.

Once at Jasper’s Dark Sky Preserve, however, visitors will find an area where residents, governments, and tourists (yes, that will include you) make a conscious effort to “reduce or eliminate light pollution in all forms,” according to Parks Canada.

What’s left is a night sky untouched by the usual human-made light so that the stars, auroras, and other celestial objects are able to shine on unimpeded.

Basically, what you’ll find is an unforgettable sight, and a priceless photo opportunity.

Just make sure you don’t accidentally have the flash on, please and thank you.