Three months into 2018, Vancouver and Toronto continue rival for first place when it comes to cost of rent.

After Toronto climbed to the top in February, March sees Vancouver reclaiming its spot as the most expensive city for rent in Canada, according to the latest rental report by PadMapper.

This month, 12 of the cities in the report saw rental increases, 8 cities experienced downward trend, while 6 stayed flat.

Meanwhile, last month’s champ, Toronto has become the second most expensive rental market in Canada because one bedroom prices fell by 4.4% to $1,970. Two bedrooms in the centre of the universe also saw a drop to $2,500. 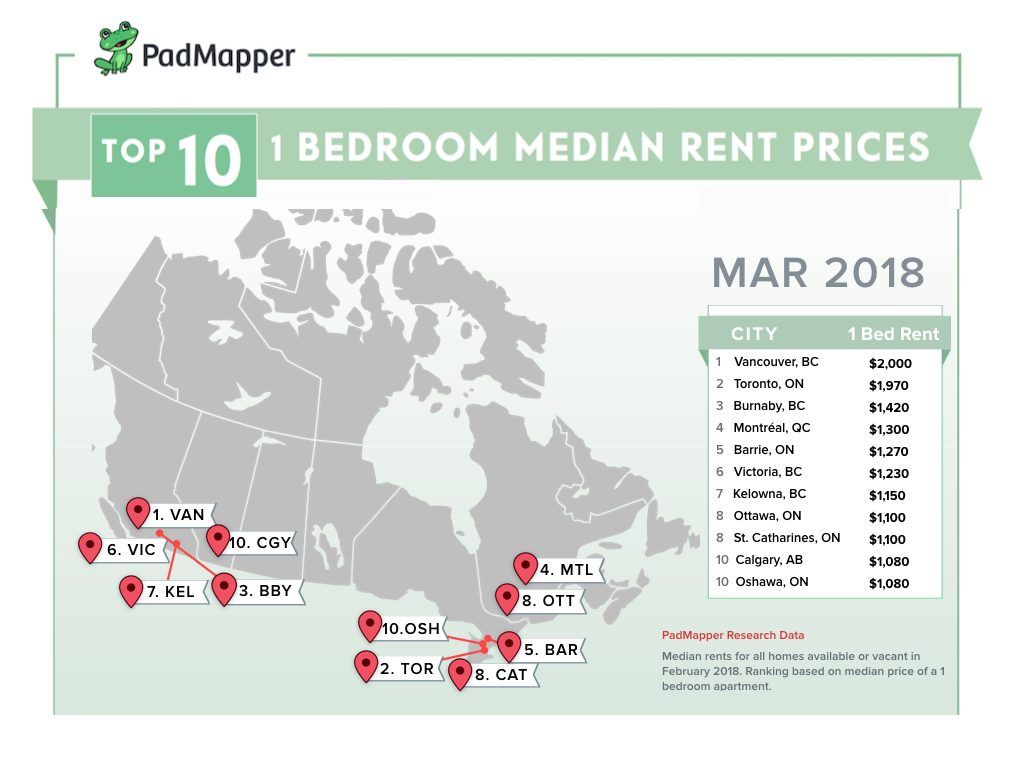 Fourth and fifth place go to Montreal, and Barrie, both keeping their same placements as February.

The cheapest city in the report continues to be Windsor, although one bedrooms there have gone up $10 to sit at $710… so you never know what will happen next month. 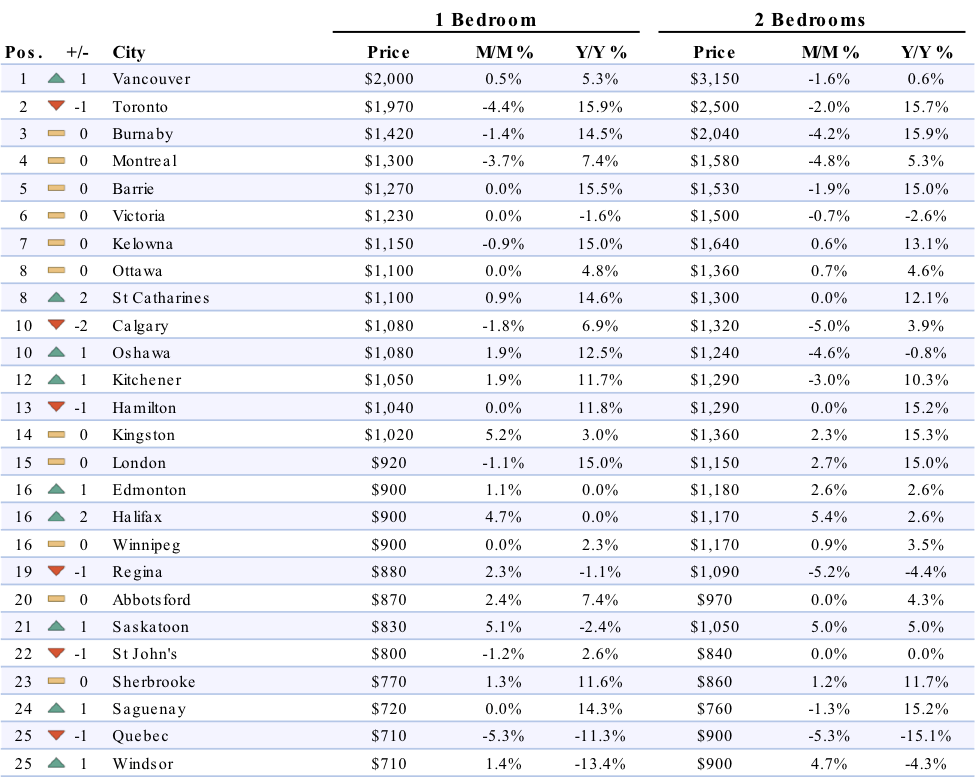