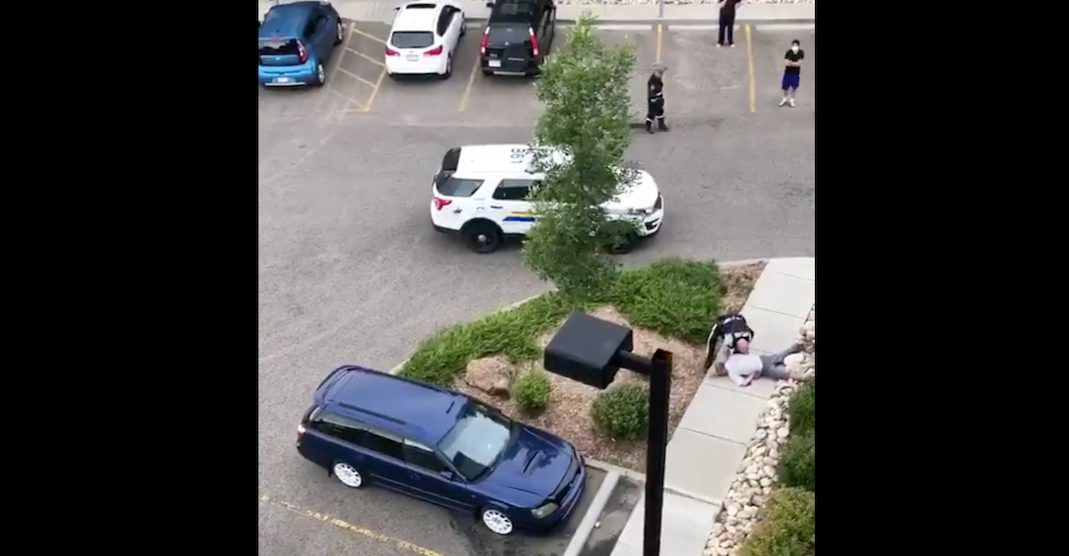 This article contains footage of violence that may be disturbing to some readers.

According to Strathcona County RCMP, on Tuesday, July 21, at approximately 6:13 pm, police and Strathcona County Fire Emergency Services were responding to a fire at an apartment complex on Cloverbar Road in Sherwood Park.

Police say a fire was located inside an apartment but the homeowner was not immediately located.

Police say an officer then went to place the man under arrest, when “the male was taken to the ground and as a result suffered an injury.”

“EMS was immediately dispatched and the male was taken to hospital and has subsequently been released.”

The incident, along with the member’s duty status, is now being investigated by ASIRT.

ASIRT has been directed to investigate an arrest by Strathcona County @RCMPAlberta that occurred yesterday in Sherwood Park. Details to follow.

A video of the incident, which was uploaded to Twitter, shows the officer speaking to the man before bringing him to the ground to arrest him.

In the video, it appears that the man’s head hits the pavement, and he is handcuffed by the officer while he lies on the pavement with his head bleeding.

Onlookers yell out to the officer that the man is bleeding, to which the officer responds, “Really? I’m aware.”

The mayor of Strathcona County released a statement on Twitter, stating that they are aware of the incident and that it is currently being investigated.

@StrathcoCounty is aware of the video showing the arrest yesterday in #Strathco #Shpk.

I’m in direct communication with Chief Commissioner Reid, & we’re working to gather all the facts of the incident.

Yesterday, an officer in Alberta, Canada used excessive force on an old man who wasn’t resisting, smacked his head on the ground, & kneeled on it pic.twitter.com/DuxO3ekYl7