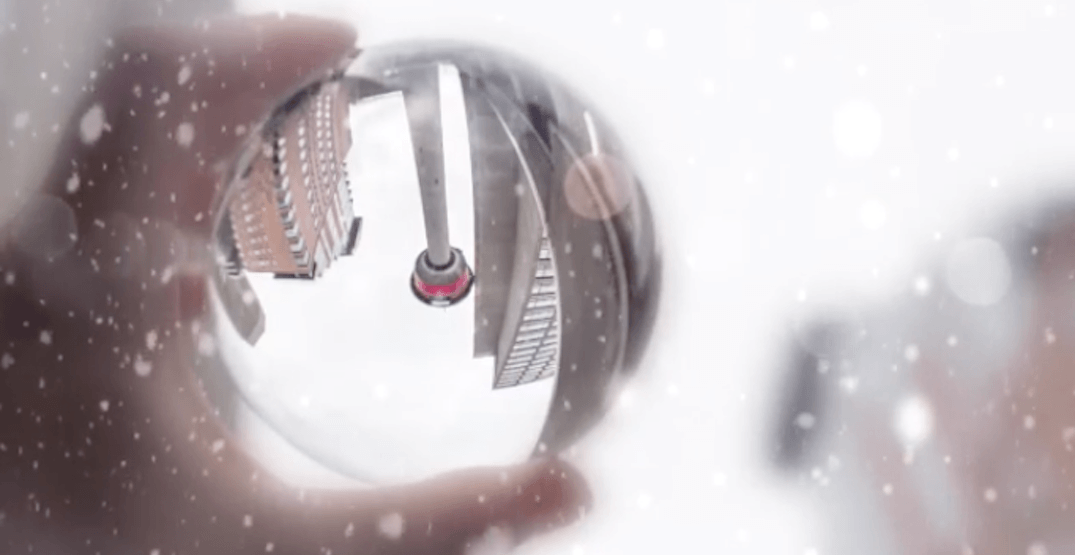 Just when we thought we were out, winter pulls us back in…

Okay, okay, don’t panic, it won’t be that bad — but Calgary is expected to see a few days of snowfall within the first few days of winter.

In what is probably the lamest April Fools Day jokes we’ve ever seen, Mother Nature has decided to bring both rain and snow down on YYC throughout April 1. There’s an 80% chance of around 1 mm of rain and 5 cm of snow coming down, according to The Weather Network. 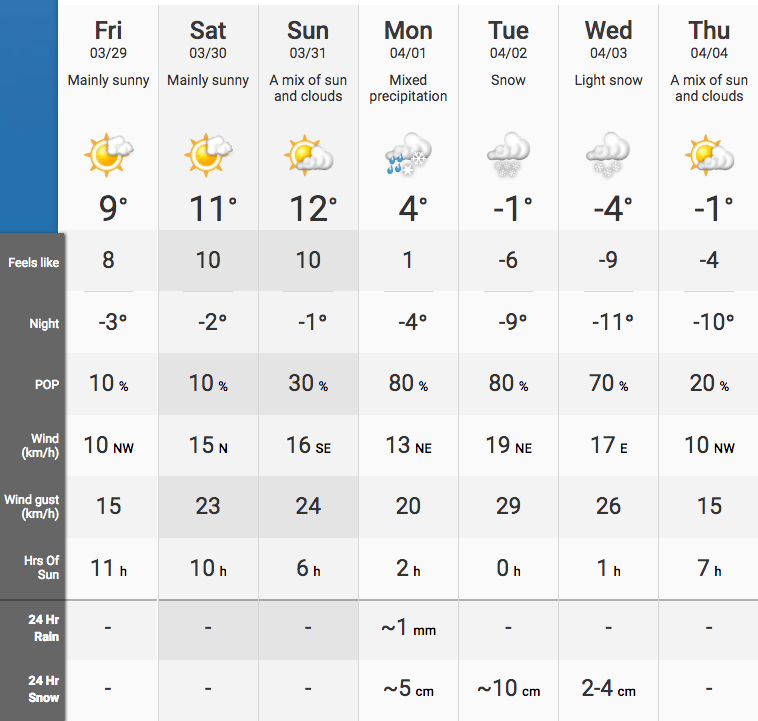 Tuesday, April 2 will be the real dump, however, with another 80% chance of precipitation and an estimated 10 cm hitting YYC by the end of the day.

Temperatures will get even colder the following day, dropping down to -4°C during the day, but feeling closer to -9°C.

Wednesday will also see a lighter snowfall than Tuesday, with only a 70% chance of around 2 to 4 cm falling on the city.

Thursday follows up with some blessed (yet chilly) sunshine and a high of -1°C.

It’s obviously not the worst Calgary has ever seen, but we’ll be happy to get back to double digits temperatures and unimpeded sunshine, thank you very much.