According to Alberta Health Services, 2,998 cases of the flu have been confirmed in Alberta about two months into the 2019/2020 influenza flu season.

This alarming stat comes after last year’s 30 flu-related deaths and over 6,000 confirmed influenza cases by the time all was said and done.

However, last year’s flu season pales in comparison to the 2017/2018 season, which reported 92 deaths and over 10,000 confirmed cases of influenza.

Clinics have been administering the free vaccine for about two months now to 1,287,397 Albertans, though this accounts for less than a third of the province’s total population. 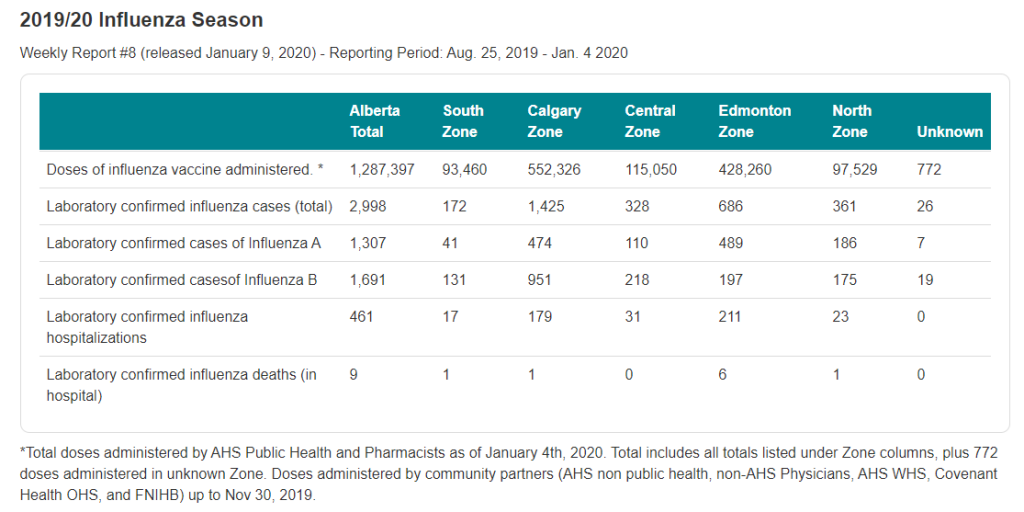 AHS will be releasing weekly data tracking confirmed cases, locations, deaths related to, and more in regards to the spread of the virus.

According to the eighth week of data, released on January 9, nine deaths have been reported so far this season, the majority of which occurred in Edmonton.

Immunizations are available to all Albertans over the age of five, free of charge, at any AHS clinic, pharmacist, or physician.