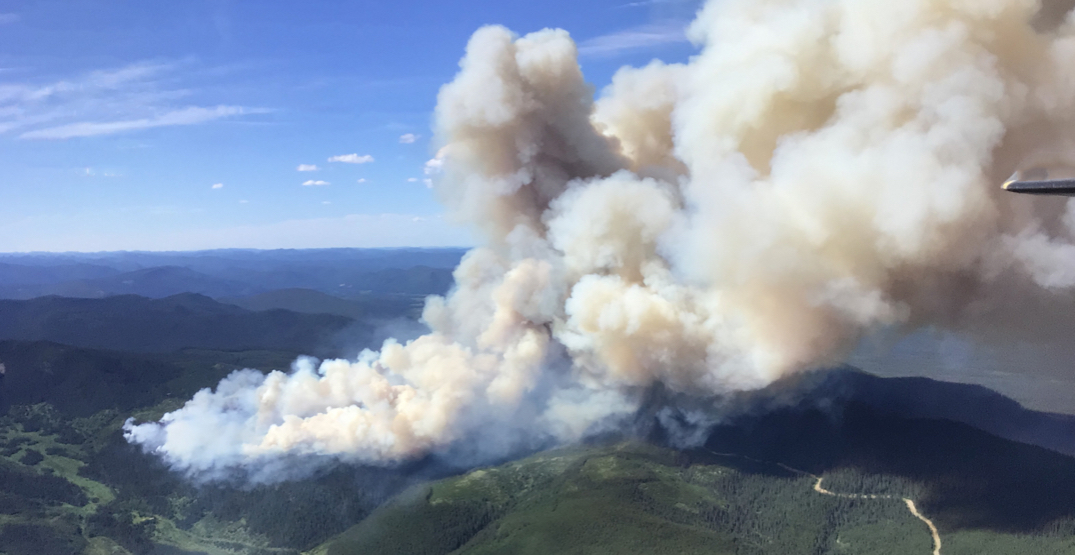 A wildfire burning out of control in west-central Alberta has nearly doubled in size since yesterday, with evacuation orders remaining in place.

The fire is burning near Nordegg and is currently at 367 hectares in size, up from its estimated 200 hectares yesterday.

The fire was first detected on Tuesday, and the Alberta Government says due to increased temperatures, low relative humidity and winds on Wednesday saw an increase in wildfire behaviour resulting in firefighting efforts being less effective.

“Similar weather conditions are expected on the fire today, with temperatures forecast to reach 27°C and relative humidity as low as 20%. Winds are expected to be gusting from the west and southwest at around 15 km/h,” the Alberta Wildfire site stated.

An evacuation alert is also in effect for Nordegg, with an Alberta Emergency Alert saying people in the hamlet should be prepared to leave within two hours of being notified.

A fire advisory was also issued on Thursday for the nearby areas of Rocky Mountain House and Edson Forest Areas.

A fire advisory is now in effect for the Rocky Mountain House and Edson Forest Areas. For more information and a detailed map of the restriction boundary, visit https://t.co/9lOj6YVx5l #ABWildfire pic.twitter.com/ZwrhUU0rhM

The fire is being fought with the use of four air tankers, and 30 firefighters with support from three helicopters. Additional resources are also en route, according to Alberta Wildfire.