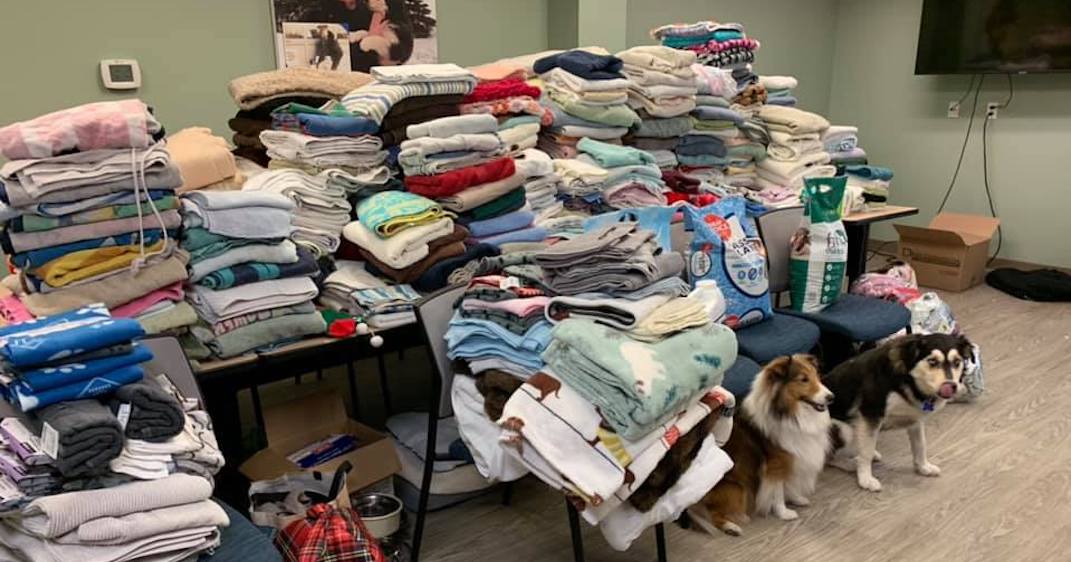 After the Alberta Society for the Prevention of Cruelty to Animals (SPCA) issued a public request for resources to help their recent influx of animals, they received a ton of support from generous donors in the community.

In a post to Facebook, the Alberta SPCA said they were “overwhelmed” by the generosity of those in the community that donated in excess of demand.

“Our morning has been filled organizing all of the donations from the weekend. Thank you so very much,” said the post.

The Alberta SPCA says it’s been a busy year after a large number of animals were seized or surrendered, leaving them short on some resources.

“It’s been a busy year for large animal seizures, particularly with cats, and we use blankets and towels in animal carriers,” said Dan Kobe with the Alberta SPCA in an interview with Daily Hive.

Due to the generosity from the public, some of the donations will go to the Alberta SPCA’s Pet Safekeeping Program that helps care for pets when their owners flee family violence situations.

According to the Alberta SPCA, the Pet Safekeeping Program gives domestic violence survivors an option to foster their pets while seeking safety in a protective shelter.

The rest of the donations received this past weekend will go to the Animal Protection Department to be used when neglected animals are taken in.

For anyone still looking to donate and help out some of our furry friends at this time of year, The Alberta SPCA says they are always in need of cat and dog treats for the Pet Safekeeping Program.