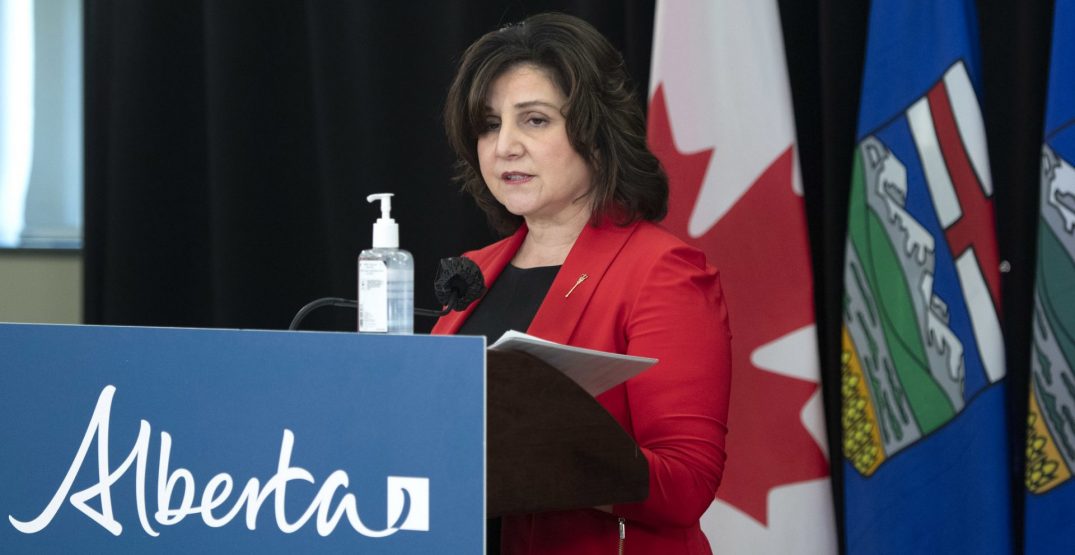 Students in Alberta schools will be returning to in-person classes after the May long weekend.

Schools across the province shifted to online learning on May 7. In addition to this move, the Alberta government put other restrictions into place, including new measures for outdoor social gatherings, sports, performance and recreation, retail, restaurants, places of worship, indoor fitness, post-secondary institutions, and more.

During a Wednesday afternoon press conference, Alberta’s Minister of Education, Adriana LaGrange, announced that students in kindergarten to grade 12 would go back to in-class schooling on Tuesday, May 25.

“I’m pleased our two-week plan has been successful in nearly all areas of the province,” said LaGrange. “Everyone has worked hard to stop the spike, and I am confident all students will finish the remainder of the school year in the classroom.”

“I want to thank all students, parents, teachers and staff for their efforts and flexibility as we work to keep students learning,” she added.

LaGrange noted that there is one exception to the return to in-class learning on May 25, and that is for all students from kindergarten to Grade 12 residing in the Regional Municipality of Wood Buffalo. This region includes Fort McMurray.

Case numbers in this area have not been trending downward at the same rate as in other regions, which means a higher likelihood of continued in-school operational challenges.

These students will continue to learn at home for an additional week, with a target return to in-person learning on May 31.

The expansion of rapid testing in schools will be moving ahead next week as planned in Edmonton, Calgary, Fort McMurray, Grande Prairie, and Lethbridge, and in other Alberta communities where it’s needed.

According to a news release from the Alberta government, school divisions in Edmonton and Calgary have been offered the opportunity to have testing teams available at select school sites before the return to in-person learning occurs.

“Rapid testing is another preventative layer against the spread of COVID-19 by quickly identifying people without symptoms who may have the virus,” reads the news release.

All health protocols that have been in place in schools will continue as students return to in-person learning. This includes mask requirements, screening for symptoms, cohorts, and seating arrangements.

The Alberta government noted that another layer of protection is added as more Albertans get the COVID-19 vaccine, including school staff and students aged 12 and older.

The province reported 908 new cases of COVID-19 on Wednesday, making it the third day in a row that under 1,000 cases had been found. 877 infections were reported on Tuesday, and 721 new cases on Monday, which was the lowest daily case count since March 30.