The Province of Alberta just released new modelling data regarding the COVID-19 pandemic.

The probable scenario projected as many as 800,000 infections and between 400 and 3,100 deaths in Alberta by the end of the summer, with the peak of infections hitting around mid-May.

The elevated scenario saw a peak of infections by the start of May, with up to one million cases resulting in between 500 and 6,600 deaths.

Albertans, however, have apparently been doing a good job abiding by the public health measures that have been put into place, and as a result, Alberta Health Services has created a new scenario for their April 28 modelling; a “low” scenario.

The low scenario estimates that, on the days that coronavirus hits its peak in Alberta, only 298 people will require hospitalization, and only 95 will require critical care.

The provincial release states that the low scenario is the most likely scenario for Alberta if current trends continue.

“The data show us that our efforts to lower the peak of the virus are working, but we must remain vigilant. We continue to refine our modelling in order to ensure our health-care system is prepared,” said Premier Jason Kenney in the release.

“While we are still a ways off from returning to our normal way of life, our government is working around the clock on a phased approach to relaunch our economy safely. It is essential Albertans continue to exercise common sense and follow public health guidance so we can get the economy moving again as quickly as possible.”

All models predict that Alberta will see its peak in hospitalizations in mid-March, and a peak in ICU admission shortly after. 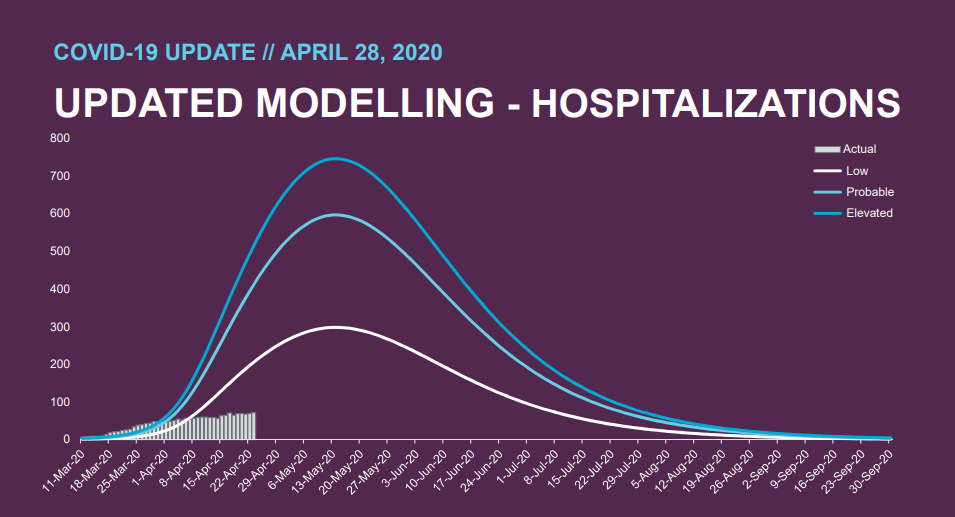 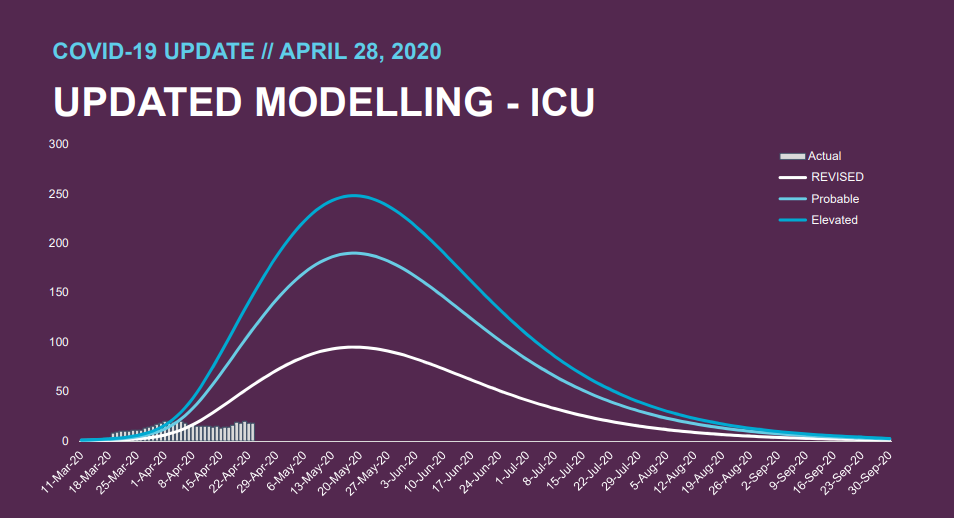