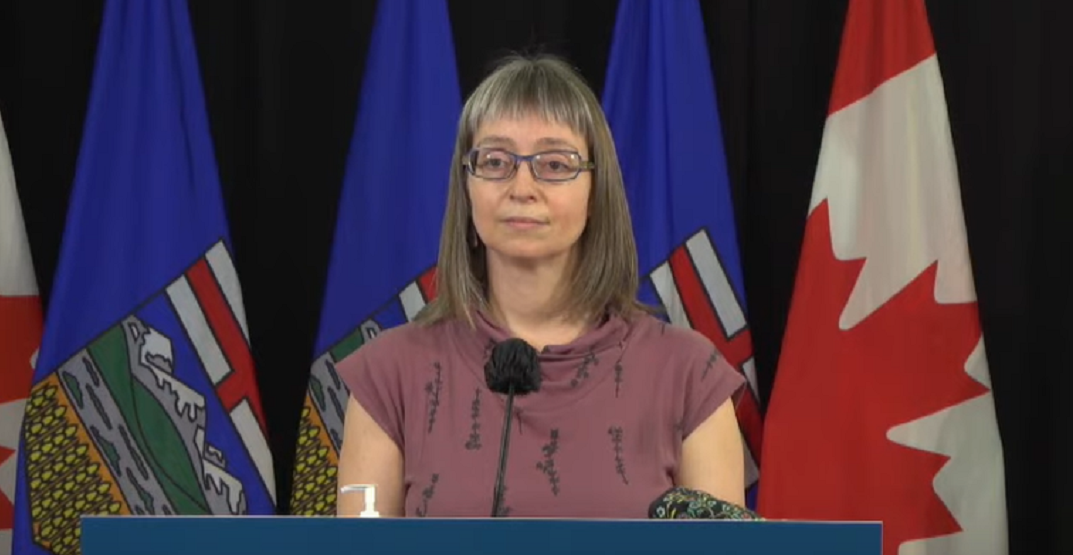 Alberta reported 76 new cases of COVID-19 on Wednesday, while active infections in the province dropped to 1,055.

Wednesday’s new case count marks the tenth day in a row that under 100 cases were found, and the province’s testing positivity rate now sits at 1.2%.

There are currently 165 individuals in hospital being treated for COVID-19. This includes 34 Albertans in intensive care.

In the past 24 hours, two new deaths caused by the virus were reported, which raises Alberta’s death toll to 2,301.

There have been 231,987 confirmed cases of COVID-19 in Alberta over the course of the pandemic, including 228,631 that are now recovered.

A total of 4,332,883 doses of vaccine have been administered in the province as of June 29. 72.8% of Albertans have now received at least one dose of vaccine, and 42.4% of the eligible population has been fully immunized with two doses.

Alberta will be moving into Stage 3 of its reopening plan on Thursday, July 1, which means the easing of public health restrictions province-wide.

Government officials introduced the Open for Summer Plan on May 26, outlining three stages that allow for the safe lifting of COVID-19 restrictions. The plan uses a combination of hospitalization and vaccination benchmarks to enter each new phase.

Alberta began Stage 1 on June 1, and met requirements to move into Stage 2 on June 10.

The province announced that it had hit the benchmark for Stage 3 on June 18, when 70% of eligible Albertans had received at least one dose of vaccine. This enables Alberta to enter the next step of the reopening plan two weeks later, on July 1.

According to the Government of Alberta’s website, under Stage 3, all public health restrictions will be lifted, including the ban on indoor social gatherings.

The government notes that isolation requirements for confirmed cases of COVID-19 still apply, and some protective measures will remain in place for continuing care settings.

Additionally, the general indoor provincial mask mandate will be lifted, however masking could still be required in some settings.

Edmonton city council decided to lift its mandatory mask bylaw as of July 1, while Calgary has opted to keep the city’s bylaw in place until at least July 5, at which point it will be reassessed.