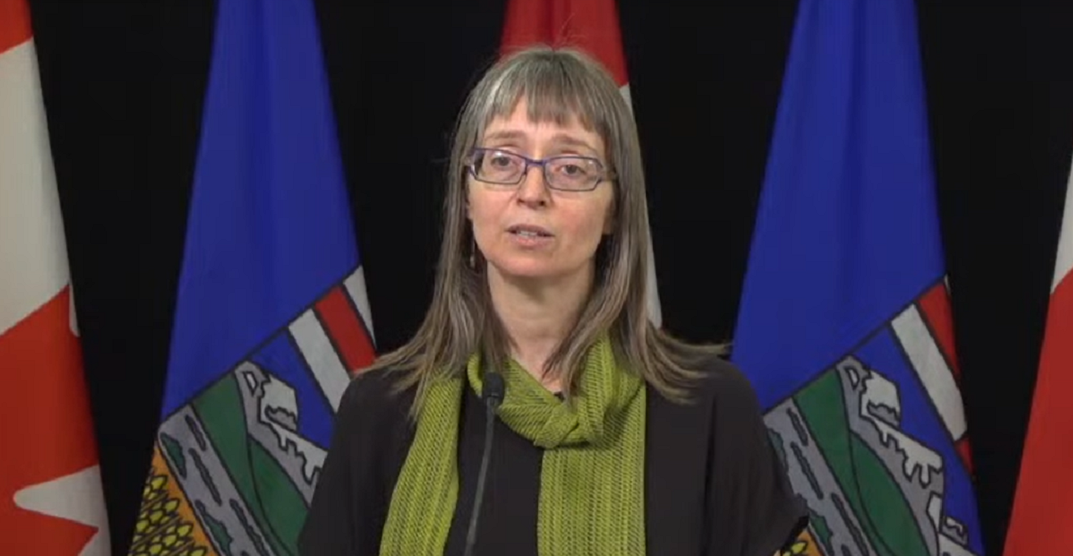 Alberta reported 153 additional COVID-19 infections on Wednesday, making it the seventh day in a row that new case counts were under 200.

The province saw a decrease of 16 people in hospital due to the virus, with a current total of 255 hospitalizations. This includes 67 Albertans in intensive care.

Including Wednesday’s new cases, the number of active infections in Alberta now sits at 2,639, which is a decrease of 165 since Tuesday’s count of 2,804.

There were four new deaths caused by COVID-19 reported in the past 24 hours, putting the province’s death toll at 2,278.

Also on Wednesday, the Alberta government introduced additional prizes for the Open for Summer Lottery to encourage more people to get immunized.

Earlier this week, the province rolled out the vaccine lottery, with one $1 million prize draw happening when the province enters Stage 3 of its reopening plan. Anyone who receives a first dose of vaccine is eligible to register for this draw.

Two more $1 million prizes will be drawn in August and September for those who have received their second dose of vaccine.

Now, the August draw will also include 40 travel-related prizes. Among the packages up for grabs are week-long stays at all-inclusive luxury resorts and flights across Canada and abroad, provided by WestJet and Air Canada.

Eligible Albertans can register online for the Open for Summer Lottery.

As of June 14, a total of 3,408,407 doses of vaccine have been administered in the province. Of those immunized, 69.4% of Albertans have received at least one dose, and 22% of the province’s population is considered fully vaccinated.