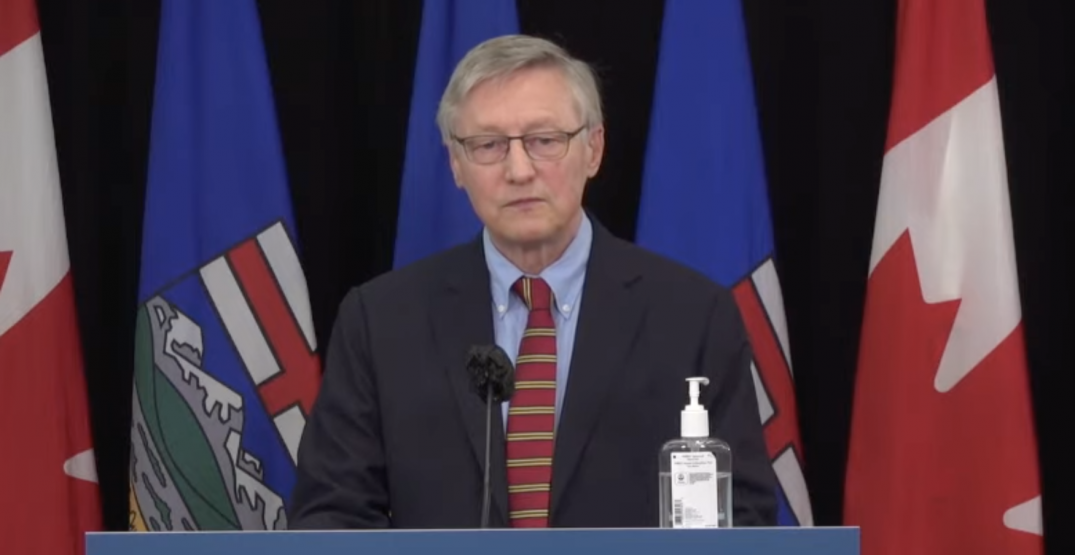 Alberta has found under 200 new cases of COVID-19 for the sixth day in a row, while the number of people in hospital due to the virus remains under 300.

Including Tuesday’s new cases, the total number of active COVID-19 infections sits at 2,804. “This is the lowest that it’s been since October 15 of last year,” said Dr. Corriveau.

The province’s testing positivity rate was 2.9%.

There are currently 271 Albertans in hospital due to the virus, including 68 in intensive care.

Four new deaths related to COVID-19 were reported over the last 24 hours, bringing the total number of deaths to 2,274.

As of June 14, a total of 3,408,407 doses of vaccine have been administered in the province, and 792,356 individuals are fully immunized against the virus.

Dr. Corriveau will provide another live update on COVID-19 in Alberta later this week.