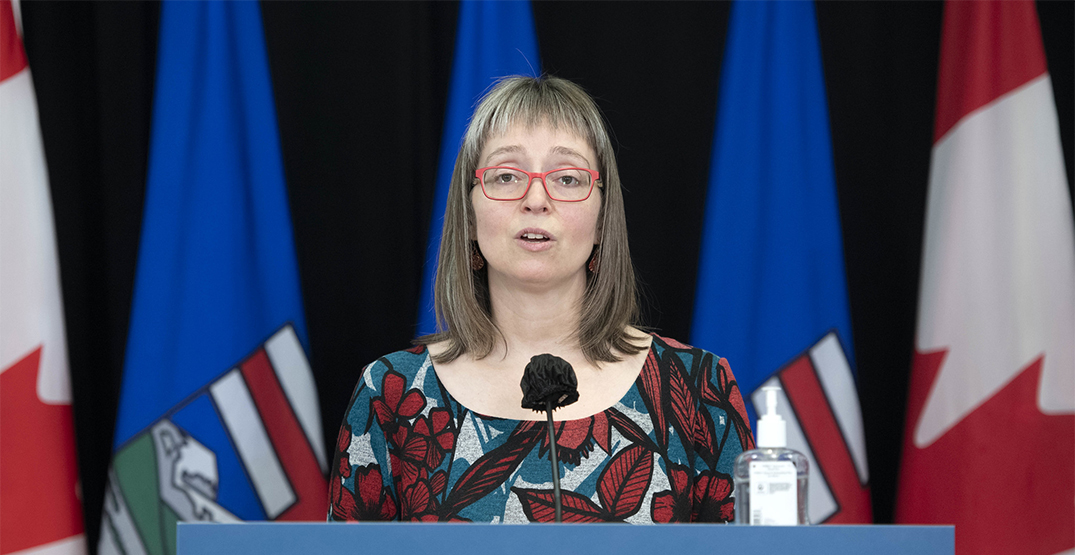 Alberta reported 44 new cases of COVID-19 on Monday, making it the fifteenth day in a row that under 100 new infections have been found.

There were 53 cases reported on Sunday, and 42 on Saturday.

The number of active cases in the province currently sits at 831. On Monday, Alberta’s testing positivity rate was approximately 1%.

There are 136 hospitalizations due to the virus, which includes 32 Albertans in intensive care.

Two new deaths caused by COVID-19 have been reported since July 2, putting the province’s death toll at 2,303.

As of July 4, there have been 4,578,868 doses of vaccine administered in the province. Of Alberta’s eligible population, 73.4% have received at least one shot, including 48.4% who are fully immunized with two doses.

Calgary was one of the few remaining regions of the province to leave a face covering bylaw in place after the Alberta government lifted the provincial mask mandate with Stage 3 of its reopening plan on July 1.

Rules in place across Alberta still require people to wear face coverings while using public transit, including buses, taxis and rideshare vehicles, and at continuing care and healthcare facilities.

In Calgary, masks will continue to be required in city-operated facilities such as City Hall, libraries, and rec centres.