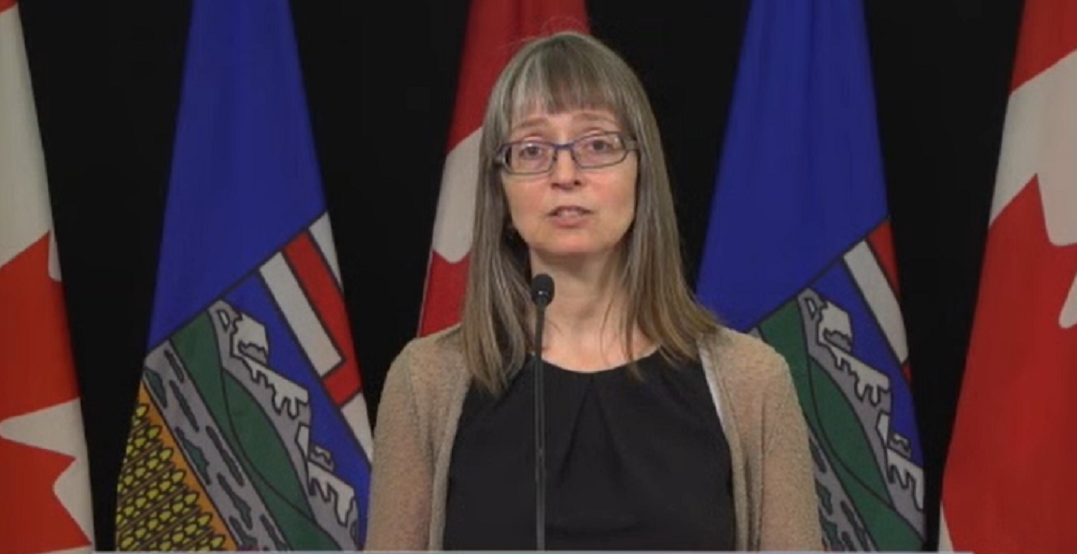 The province reported that 875 additional cases were discovered in the last 24 hours. This is the second day in a row that over 800 new COVID-19 cases were found in Alberta.

There are now 8,653 active cases in the province. 292 people are in hospital due to the virus, including 59 individuals in intensive care.

Premier Kenney also noted that four new deaths related to the virus were reported in the past 24 hours.

Ahead of the Easter holiday, Premier Kenney urged Albertans to continue to follow all public health restrictions.

“Going into the Easter long weekend, I had hoped to be able to tell you that we had turned a corner in our fight against COVID-19,” the premier said. “That the spread of the disease had slowed, and that we could all gather around the table with extended family and friends to celebrate Easter, Passover, Vaisakhi, or just to enjoy the spring break.”

However, that was not the case.

“Unfortunately we’re not in that situation today,” continued Kenney, “and instead of delivering a message of openness and optimism, I’m here instead with a plea.”

Kenney asked that all Albertans follow the province’s restrictions and guidelines, including no indoor gatherings between members of separate households, eating out at restaurants only with household members, and, if gathering outdoors, to do so in small groups and remain distanced.

The premier noted that not gathering indoors is the single most important thing Albertans can do to stop the spread of the virus.

“All of our leading indicators are telling us that we are now in a significant new wave of COVID-19,” Kenney said. “How bad that wave will be is up to all of us.”

Kenney explained that, if the province’s current COVID-19 growth continues, there could be 1,000 people in Alberta’s hospitals a month from now.

He added that much of this growth is driven by the B.1.1.7 variant that originated in the United Kingdom, given that this strain is far more easily transmitted than the original strain of the virus.

“As we head into the long weekend, with numbers on the rise again, I want to join the premier in his call for all Albertans to make safe choices,” she said. “In fact, please make the safest choice you can this weekend, in everything you do.”

“To put it plainly, we are once again at a dangerous time,” Dr. Hinshaw told Albertans.