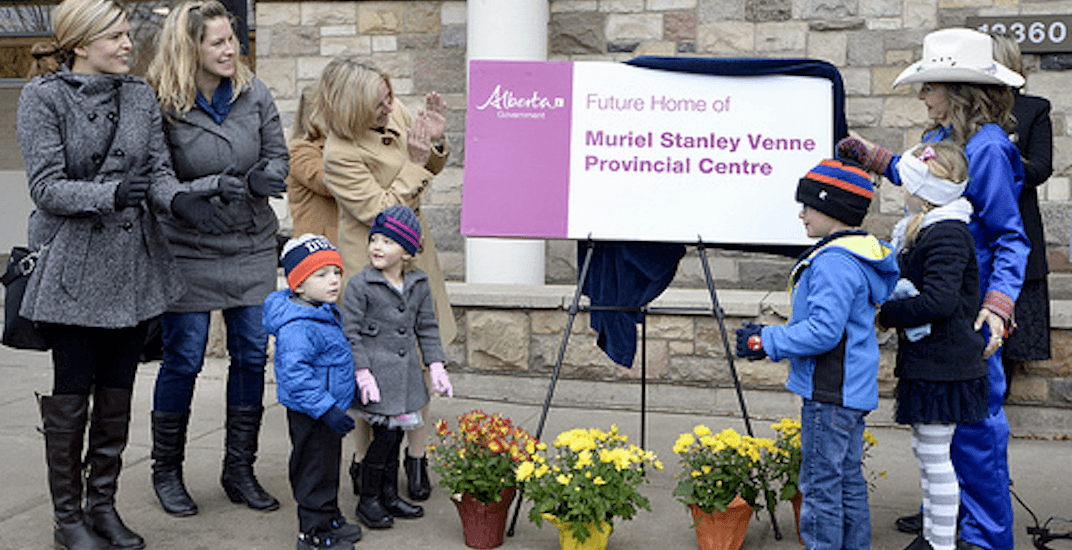 Premier Notley with Muriel Stanley Venne and her family members at the unveiling. (Government of Alberta)

A government building in Alberta has just been named after in Indigenous woman – a first for the province.

Venne has spent more than 30 years as a leader and activist, according to a release from the Government of Alberta, and she has been recognized by the United Nations High Commissioner for Human Rights.

The Alberta premier was on hand for the unveiling Wednesday morning, and has stated that the honour was rightly given.

“Muriel Stanley Venne has dedicated her life to helping improve the lives of Albertans,” Notley said in the release.

“There is no one who deserves this honour more than Muriel.”

As for Venne, she hopes the historic first will have an impact on future generations.

“I hope this is a sign to young women and girls across the country that they can raise their voices and demand to be treated with respect. In the past, I didn’t feel welcomed in my community, my province or my country. That has changed today,” she said in the release.

The building is currently being renovated, but will be open next spring as a multipurpose government building.