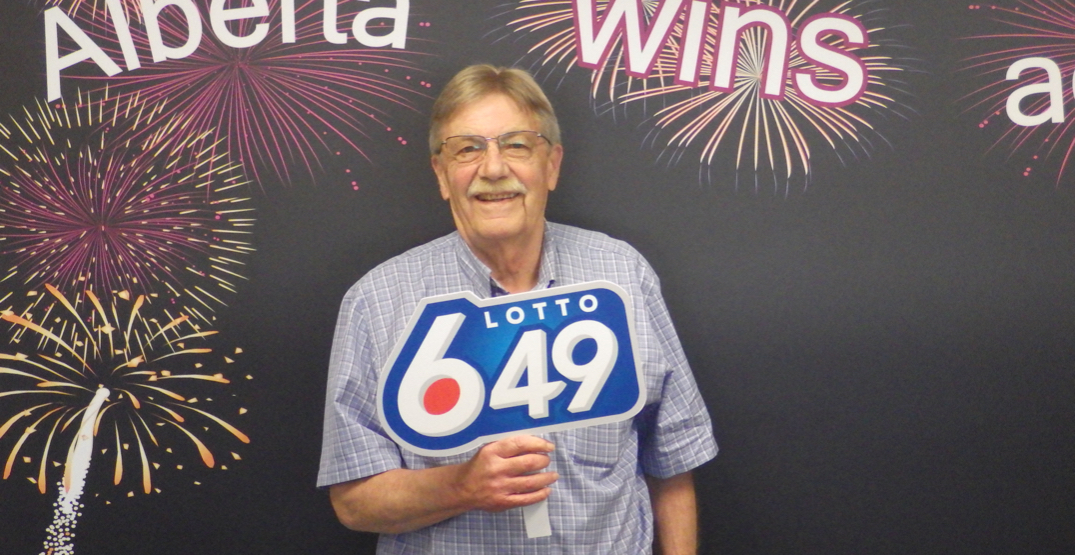 An Edson man was in for a huge surprise when he checked his LOTTO 6/49 ticket at a gas station earlier this month.

Richard Grimble told the Western Canadian Lottery Commission (WCLC) he had to do a double-take after scanning his ticket the day after the July 13 draw, finding out he was a millionaire.

“I was a bit numb,” he said in a WCLC news release while claiming his prize. “I had to get my grandson to come and check it as well.”

Grimble won a $1 million Guaranteed Prize, even purchasing his ticket in his hometown on July 11 from the Tags Edson at 5609 13th Avenue.

Grimbles added that the win felt pretty good, and as for what he is planning to do with the windfall, he has his eyes set on bumping up his pension and investing some of the money.

Grimble joins a flurry of Alberta lottery winners this July, including a group of coworkers and one Alberta winner that didn’t know he had the winning ticket for months.