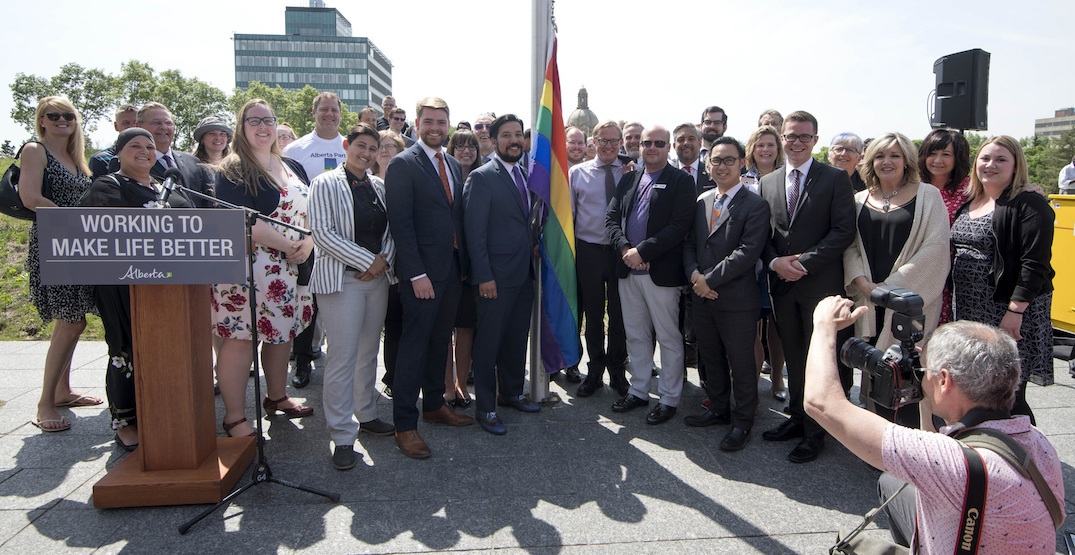 The Alberta Legislature grounds have a colourful new flag flying high alongside the red and white of Canada’s own.

The Pride flag was raised to celebrate Pride month this June, just in time for the Edmonton Pride Parade on June 9.

According to a release from the Province of Alberta, the flag flies as a symbol of the government standing with the LGBTQ2S+ community.

“Under Premier Notley’s leadership, we have taken historic steps to create a more inclusive and welcoming province. I am so proud to be a part of a government that has three openly gay MLAs, and to serve as a cabinet minister,” said Alberta’s Minister of Culture and Tourism Ricardo Miranda in the release.

“However, members of the LGBTQ2S+ community still face fear, hatred, violence, and discrimination today. Opponents of equal rights here at home have gotten louder. And while some pander to extreme special interest groups, our government is unwavering in our commitment to stand up for the rights of the LGBTQ2S+ community and continues to build a welcoming, inclusive, and safe province for everyone.”

Miranda will be joined by MLAs Estefania Cortes-Vargas and Michael Connelly as grand marshalls for the pride parade, and the politicians will stand beside 30 other grand marshalls who are leaders in the LGBTQ2S+ community.

“Together, we will celebrate our right to be who we are, to be treated equally and to love whom we want.”

The parade will start at 108th Street and Whyte Avenue on Saturday, June 9 at 11 am.