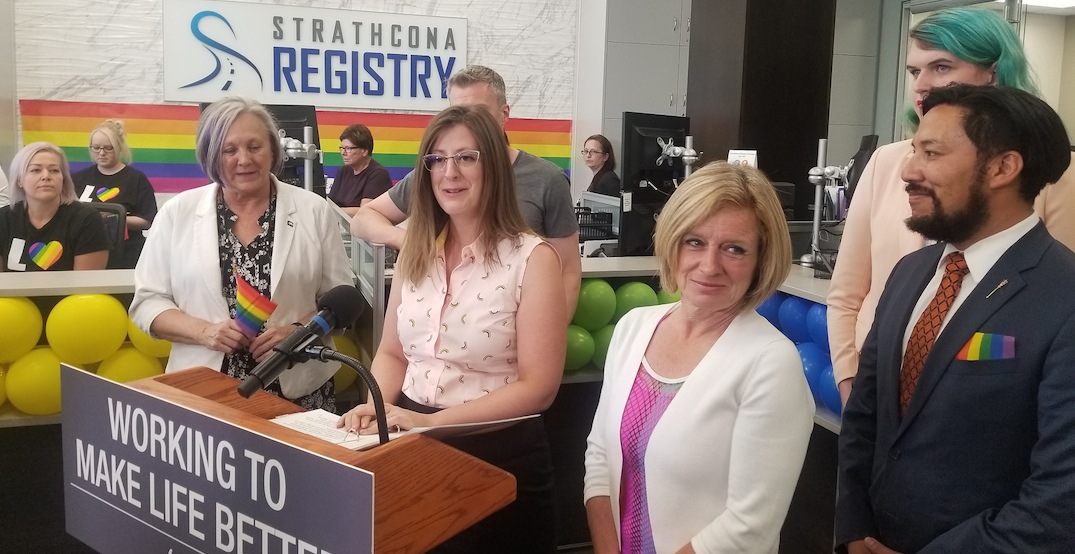 Albertans now have an option other than “male” or “female” when it comes to filling out official government documents.

Those who do not fall into the gender binary are one step closer to being properly identified on their driver’s licences, ID cards, and birth and death certificates, as the government of Alberta has made “X” an option when filling in their gender.

“It matters how we treat one another,” said Alberta Premier Rachel Notley in a release from the Province of Alberta.

“By introducing an ‘X’ marker on official documents, we are responding to concerns of the community and advancing equality for all Albertans, regardless of gender identity or expression. This is another step forward in making sure Alberta is a province that respects, protects and advances human rights.”

The process in which Albertans can change the marker on their identification has also been made easier, as anyone 12 and older will no longer need a supporting letter from a medical professional to make the change — though they will still need consent from their parent or guardian. Anyone 18 and over can self-declare their marker, according to the release.

“Being limited to an ‘M’ or ‘F’ has meant that my citizenship hinges on something that misgenders me,” said Calgary student Quinn L. Nelson in the release.

“The card I carry and use to tell people who I am disagrees with me, making it a burden I carry every day. With the ‘X’ marker that burden is finally lifted, because I can now show people an ID that I agree with.”

With this change, Alberta has become the third province/territory in the country to offer a third maker choice on both driver’s licences and birth certificates.

Newfoundland and Labrador added the ‘X’ option to birth certificates in September 2017 though has yet to offer similar options for their driver’s licences.