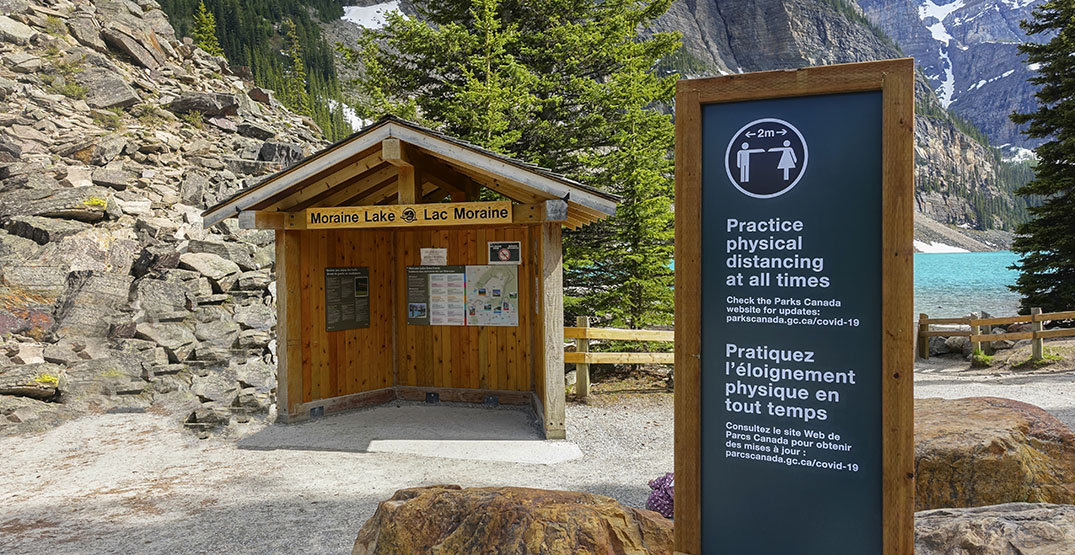 Alberta experienced more deaths than normal during the first weeks of the coronavirus pandemic, even after accounting for virus-related deaths, according to new data from Statistics Canada.

In a news release Friday, Statistics Canada explained the concept of “excess mortality” means there are more deaths during a period of time than expected given past trends.

For the seven week period beginning February 23, there were 402 more deaths in Alberta compared the highest number of deaths from the previous five years. Every week in that period ending on May 2 had higher deaths than historical maximums.

During this period, Alberta reported 40 coronavirus-related deaths. That means there were still 362 more deaths than expected. 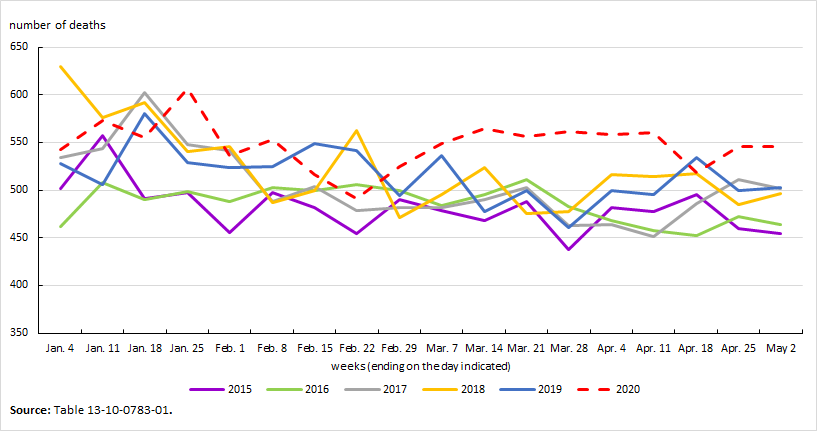 Number of deaths by week from January to April, Alberta, 2015 to 2020 (Statistics Canada)

“Beyond deaths attributed to the virus itself, the pandemic may result in increased deaths from other causes,” the report said.

For Alberta specifically, it suggested “other factors, such as changes in population composition or increases in other causes of death, likely explain the higher number of observed deaths over this period.”

Alberta, BC, and Quebec all experienced excess mortality at the beginning of the coronavirus pandemic. There was no data available from Ontario.

In all three provinces, StatsCan said excess mortality was observed for both men and women and appeared to disproportionately affect those over age 85.