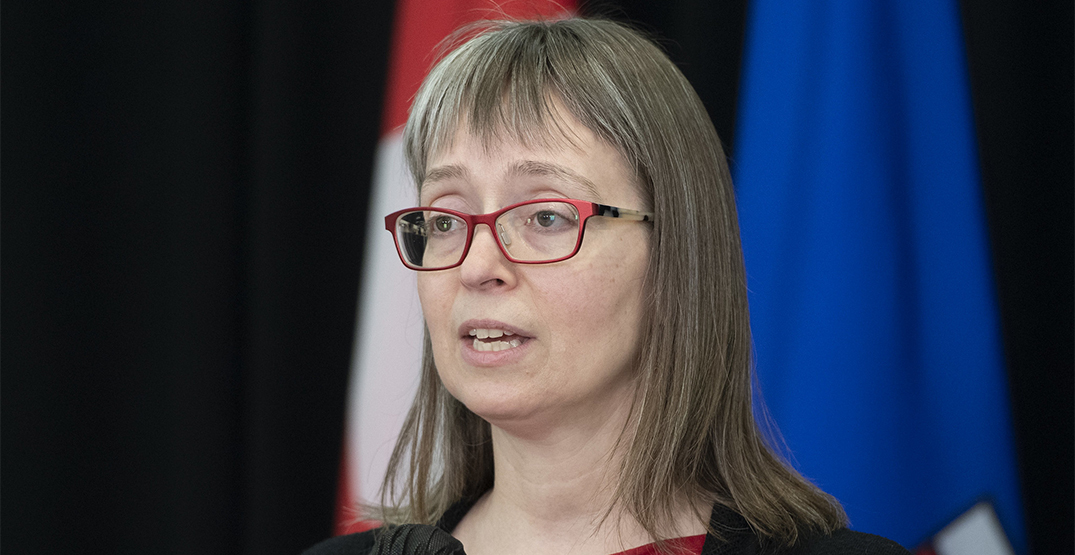 Alberta reported 355 new COVID-19 cases Monday as the province gets ready to lift some restrictions in one week’s time.

The 355 new cases were discovered after processing 7,300 tests, yielding a test-positivity rate of 4.9%.

“The steady decline we’re seeing is encouraging and a testament to the ongoing hard work of so many,” Chief Medical Officer of Health Dr. Deena Hinshaw said at her Monday afternoon press conference.

The number of tests the province processes has been fluctuating, sometimes coming in over 10,000 and sometimes falling far short. Hinshaw said that’s because fewer people are choosing to be tested, not because of a lab backlog.

Public health measures have caused a decline in many kinds of respiratory viruses that normally circulate at this time of year, and Hinshaw suggested fewer people could be feeling sick, leading to a drop in the number of individuals seeking a test.

There could also be people who feel sick but choose instead to stay home and self-isolate and not seek a test, she said.

But indicators such as the positivity rate, which as been plateauing just below 5%, and hospitalizations are fairly independent indicators of the number of virus in circulation, and their steady decline in recent weeks suggests Albertans’ efforts are paying off, according to Hinshaw.

Another 10 people died of the virus in the last 24 hours, bringing Alberta’s death toll to 1,649.

There are currently 556 people in hospital, including 102 in the ICU.

Hinshaw also said students returning to school has not led to increased transmission in that age group, with new cases among school-age children falling this week.

“We all must be doing our part to protect ourselves, our loved ones, and our community at large,” she said.