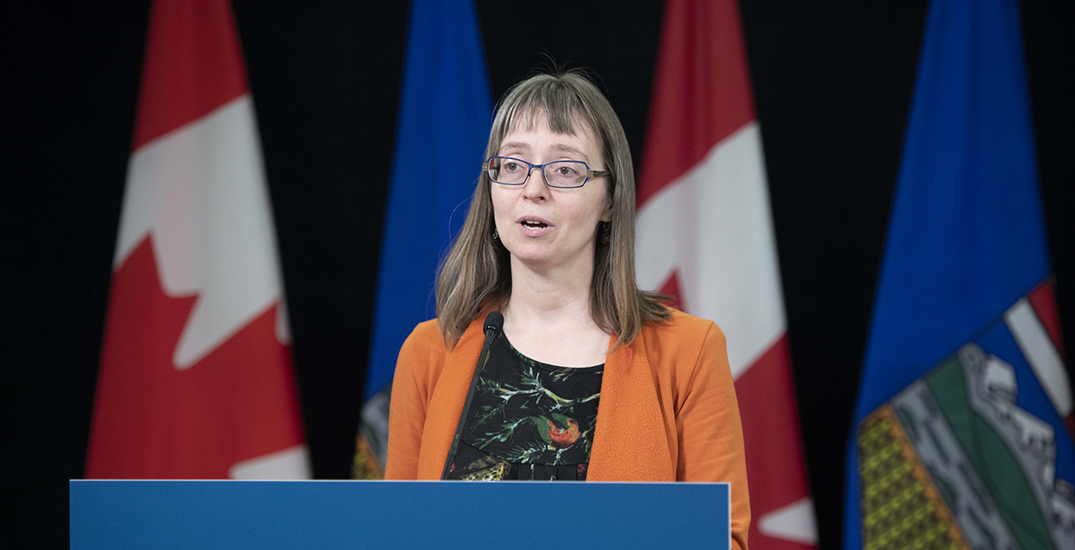 In a Friday press conference, Alberta Chief Medical Officer Dr. Deena Hinshaw said the province has discovered 297 new known cases of coronavirus in the past 24 hours.

This brings the province’s known total to 4,017.

She noted that there have also been five new deaths in the province, raising Alberta’s death toll to 72.

“My sincere condolences go out to everyone grieving the loss of a loved one today,” Hinshaw said. “We are doing everything we can to prevent further deaths from this illness.”

Hinshaw has previously noted that an increase in positive tests was expected given that the province opened testing to all symptomatic residents last week.

Three of the new cases Friday are in a First Nation community within the Calgary zone, Hinshaw said, adding they’re working to prevent further infections there.

A new outbreak has also been reported at Mountain View Poultry in Okotoks, Alberta. There are two known cases there. This is in addition to the outbreaks discovered at the Cargill meat-packing plant in High River and a JBS Foods facility in Brooks.

She also defended her decision to cancel large summer gatherings, saying physical distancing measures are “necessary to save lives now and provide a path forward to a time when they are no longer needed.”