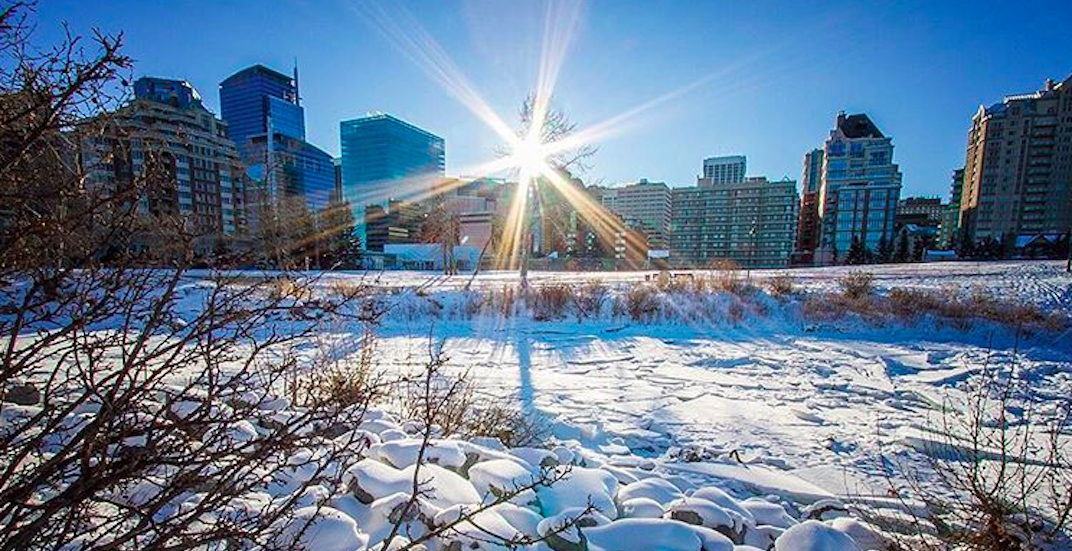 With Thanksgiving in the rear-view mirror, there’s no denying that winter is well on its way to Canada.

With the cold season comes heaps of snow, biting winds, and sub-zero temperatures for Alberta, though there will be a few respites from Old Man Winter in the form of chinooks.

According to AccuWeather, parts of Canada will experience a rather mild winter, such as British Columbia, though eastern Canada will be hit by colder weather than normal.

It’s expected to be extra windy in Alberta and Saskatchewan, and those in southern Alberta will be able to bank on an above-average number of chinook events to melt the city out after some deep freezes.

“This can lead to dramatic swings in temperatures in Calgary and Lethbridge,” said AccuWeather’s Canadian weather expert Brett Anderson.

Arctic blasts are expected to hit Alberta further east, with below-average temperatures expected for the rest of the Prairies and much of Ontario.

“However, there will certainly be some bitterly cold outbreaks, especially during the first half of the winter,” he noted, which is par for the course for an Albertan winter.

The Autumn snowfall that Calgary saw in late September and throughout October may provide a quick start to the ski season for resorts in the Rocky Mountains, though snow totals may actually be below average throughout the entirety of the winter.