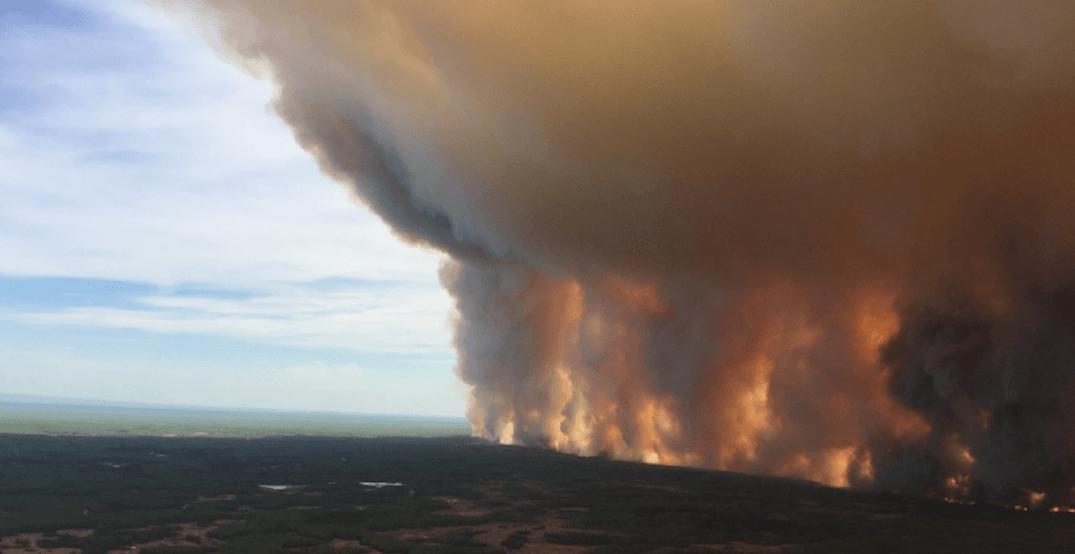 The smoky haze may be gone from Calgary, but the wildfires in northern Alberta continue to burn.

The province’s largest wildfire, the Chuckegg Creek wildfire, has grown to 324,000 hectares as of a June 18 Government of Alberta update.

The Jackpot Creek wildfire north of Lutose is now at 75,000 hectares and the McMillan Wildfire Complex in the Slave Lake Forest area has reached over 275,000 hectares — over 10,000 hectares larger than it was earlier this week.

These fires have sparked new mandatory evacuations for the communities of Beaver First Nation (Boyer River No. 164 and Child Lake (No. 164A), Dene Tha’ First Nation – Bushe River (No. 207), the Trout Lake community of Peerless Trout First Nation, and the following areas within Mackenzie County:

In total, over 9,000 people are currently evacuated from their homes as a result of the fires.

Thunderstorms throughout the province may bring relief in the form of rain, though also bring the potential of new fires sparking from lightning strikes.

Albertans in affected regions are urged to remain alert and updated as the situation develops.