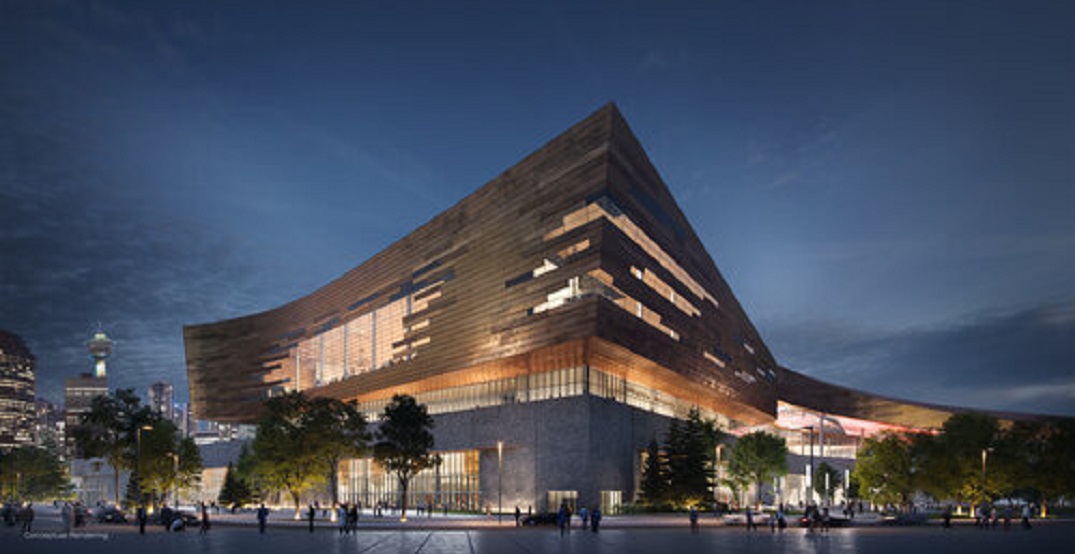 Calgary’s BMO Convention Centre is expected to be the largest facility of its kind on Western Canada.

If you’re making something that large, you want to make it easy on the eyes as well, so the City of Calgary has unveiled its first renderings of what the project will look like come completion.

A release from the Calgary Municipal Land Corporation, who was tapped in as development manager of the expansion, shows two photos of what Calgarians can expect to see added to the skyline in the coming years.

The $500 million project has been in the making for years, getting official approval in 2018. 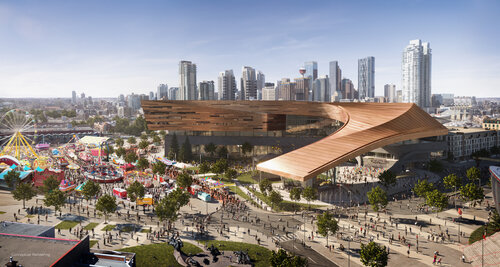 A project team consisting of Stantec, Populous, and S2 Architecture has come up with the design of the centre, which includes over 1 million sqft of floor space, 250,000 of which will be contiguous exhibit space — more than doubling the current rentable area for the BMO as it stands today.

Groundbreaking is expected to begin in April 2021, and the entire project is forecast to be completed by June 2024, making Calgary a go-to city for large-scale international meetings and conventions.