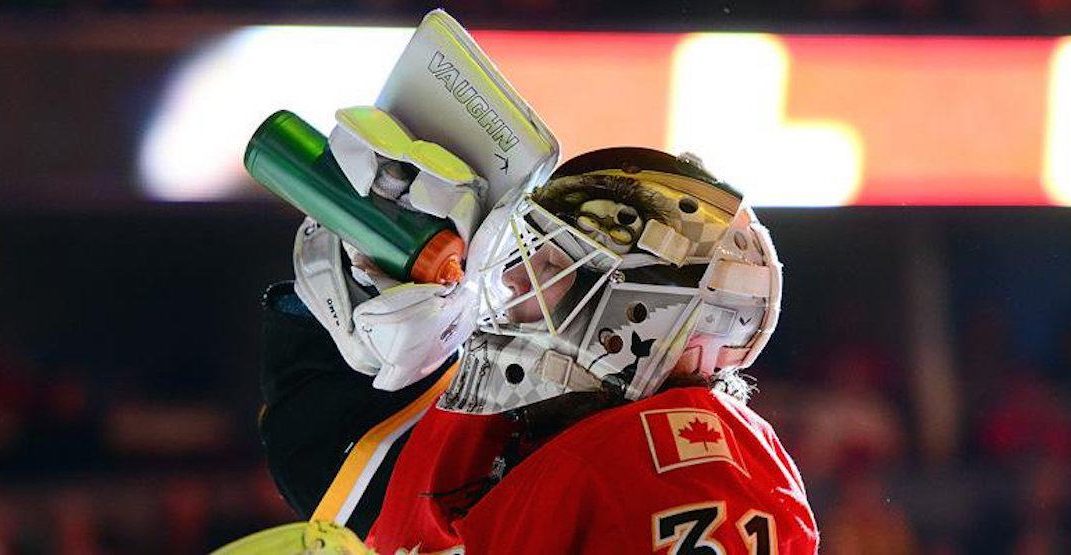 NHL castaways and forgotten players will get their chance in the spotlight over the next three weeks as the Olympic cauldron has been lit in Pyeongchang, South Korea.

The men’s hockey tournament is expected to be wide open, with 12 nations battling for an elusive gold medal with no NHL participation this time around.

Many of the athletes will be unfamiliar for those watching, however most of the rosters are dotted with former NHL’ers who have seen their big league dreams come to an end.

Calgary Flames fans might recognize a few names on the way to the gold medal game, here are five of those players chasing down Olympic glory. 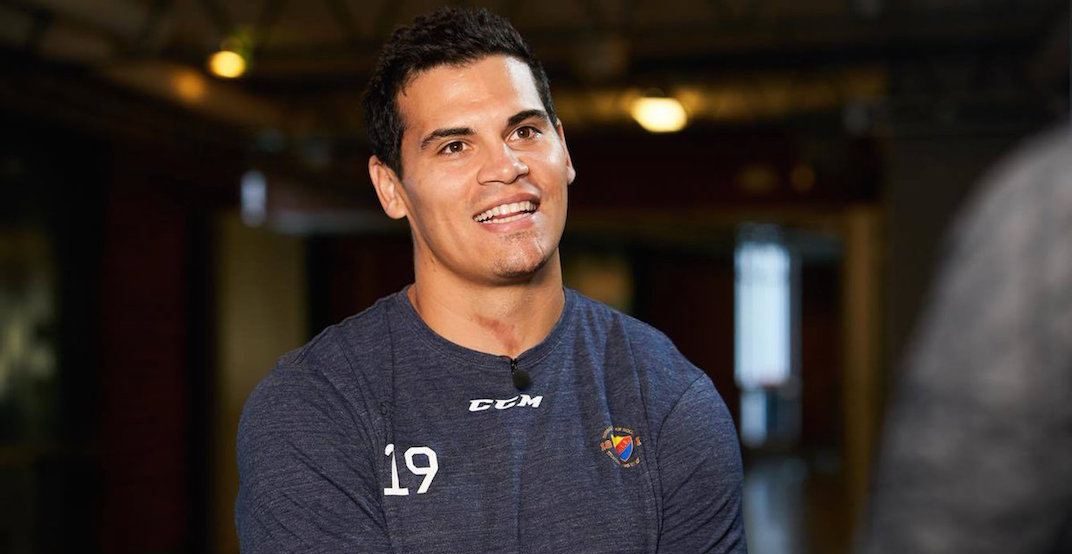 Playing three and a half years in Calgary, Rene Bourque’s time with the Flames was equally productive and frustrating at times.

Acquired by the Flames on Canada Day in 2008, Bourque quickly became one of Calgary’s top offensive weapons with three-straight seasons of 20 goals or more.

Two of those goals were scored at McMahon Stadium seven years ago, when Bourque netted a pair in Calgary’s 4-0 shutout victory over the Montreal Canadiens at the 2011 Heritage Classic.

Injuries took their toll on the Lac La Biche product however, sidelined with a number of ailments including a high ankle sprain during his time in Calgary.

Bourque racked up stops in Montreal, Anaheim, Columbus and Colorado, before signing a one-year deal with Djurgardens in Sweden to have a shot at playing for Team Canada.

Hockey Canada named Bourque an assistant captain on Thursday, but has been nursing a groin injury heading into the Olympic tournament. 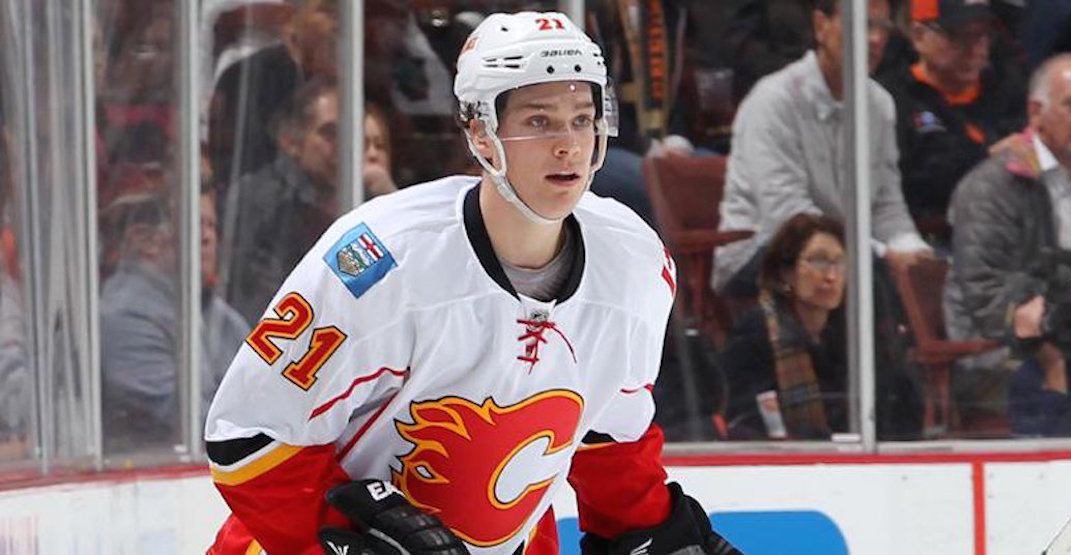 It’s up in the air whether Mason Raymond will be a key offensive catalyst for Team Canada in Pyeongchang, but it’s pretty safe to say he will be one of the fastest players in the tournament.

After carving out a seven-year career with the Vancouver Canucks and Toronto Maple Leafs, Raymond inked a three-year deal with his hometown team in 2014.

Raymond posted a respectable 23 points in 57 games with Calgary in 2014-15, but regressed the following season and was eventually put on waivers and sent to the American Hockey League.

Calgary bought out Raymond’s contract that summer before signing a one-year contract with the Anaheim Ducks, but only played in four games before both sides agreed to terminate his contract.

This was because Raymond decided to take a year away from the rink to spend time with his wife Megan, who was diagnosed with Lyme disease.

Returning with a point per game pace with Bern in the Swiss National League, Raymond has been skating on Canada’s second line with captain Chris Kelly and Christian Thomas. 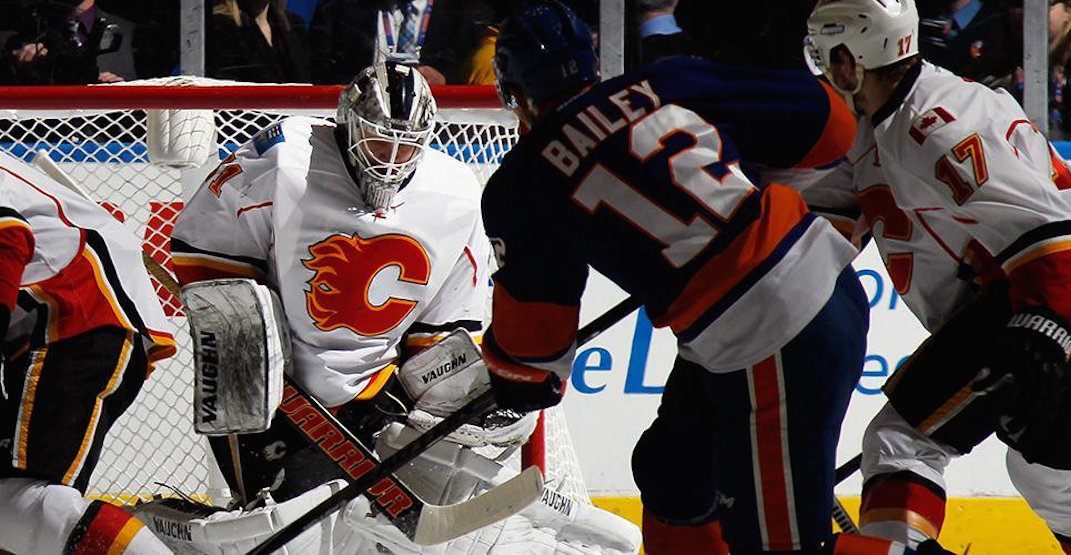 The first man to backstop the Flames following the retirement of Miikka Kiprusoff, Karri Ramo’s time in Calgary’s ended with a whimper rather than a bang.

Acquired from the Montreal as part of a deal involving Bourque, Ramo returned to the NHL in 2013 after four years playing in the KHL.

After starting the majority of Calgary’s games in the 2013-14 season, Ramo split time with Jonas Hiller the following season in the Flames’ magical run to the second round of the playoffs.

Although his stats weren’t eye-popping during his 111 games in Calgary, Ramo was consistent with save percentages of .911, .912, and .909 over his three seasons.

Ramo’s tenure in Calgary came to an abrupt end in 2016, suffering a season-ending knee injury in a game against the San Jose Sharks.

Playing some excellent hockey for Jokerit in the KHL this season, Ramo will get the lion’s share of starts in the Finnish net in Pyeongchang. 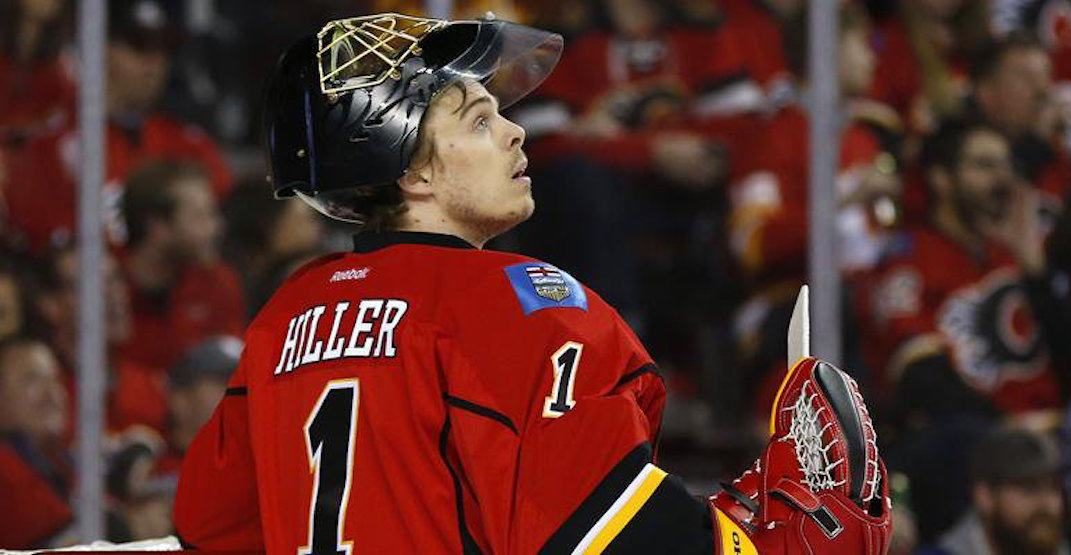 The other half of Calgary’s goaltending duo during their playoff run a few seasons ago, Hiller was never able to become a reliable starter for the Flames.

Signed from Anaheim in the summer of 2014, Hiller played 52 games in his first season with Calgary and played most of the playoffs before being pulled for Ramo.

The following season was a struggle to say the least for Hiller, putting up a 9-11-1 record through 26 games with Calgary to go along with an .879 save percentage.

Hiller was unable to get back to the all-star level he was at with the Ducks, being released by Calgary in 2016 and signed a contract with EHC Biel in his native Switzerland.

This will be the third Olympics for Hiller, as he previously backstopped the Swiss at both the 2010 Vancouver and 2014 Sochi Games.

It’s expected that Hiller will again see a lot of minutes in the Swiss net, facing Canada, South Korea, and the Czech Republic in the round-robin. 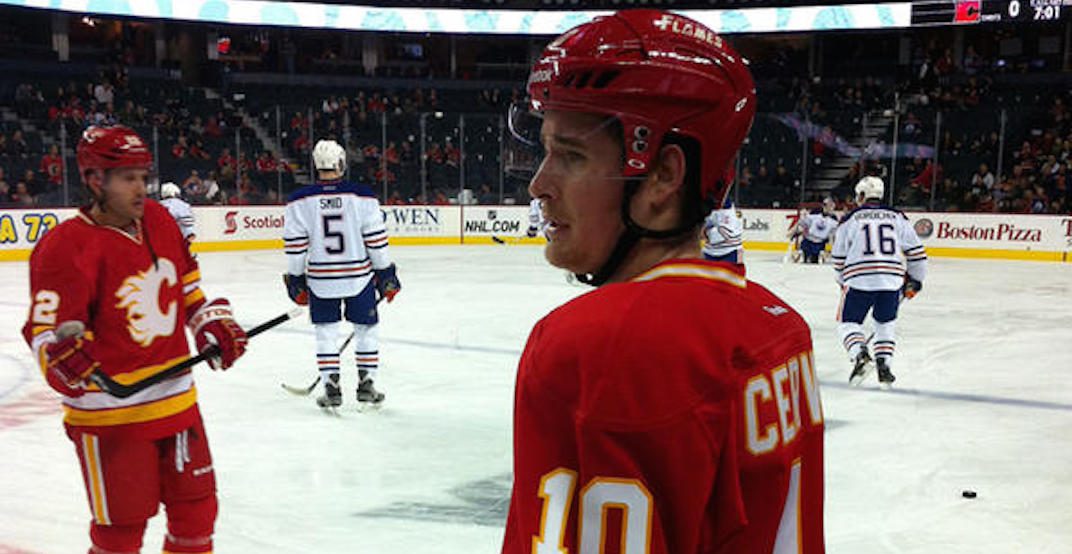 Roman Cervenka has been easily one of the most prolific scorers outside of the NHL, but his skills never seemed to translate over to the North American game.

Lighting up the Czech Extraliga with HC Slavia Praha in the late 2000s, Cervenka joined Avangard Omsk in the KHL and was placed on a line with Jaromir Jagr.

Scoring 100 points in 105 games over two seasons in Russia, Calgary took notice and signed Cervenka as a free agent ahead of the lockout-shortened 2013 season.

Struggling to find any traction with the Flames, Cervenka scored nine goals and 17 points in 39 games before being released at the end of the season.

Heading back to Europe with stops in the Czech Republic and Switzerland, Cervenka is back to scoring over a point per game pace with HC Fribourg-Gotteron.