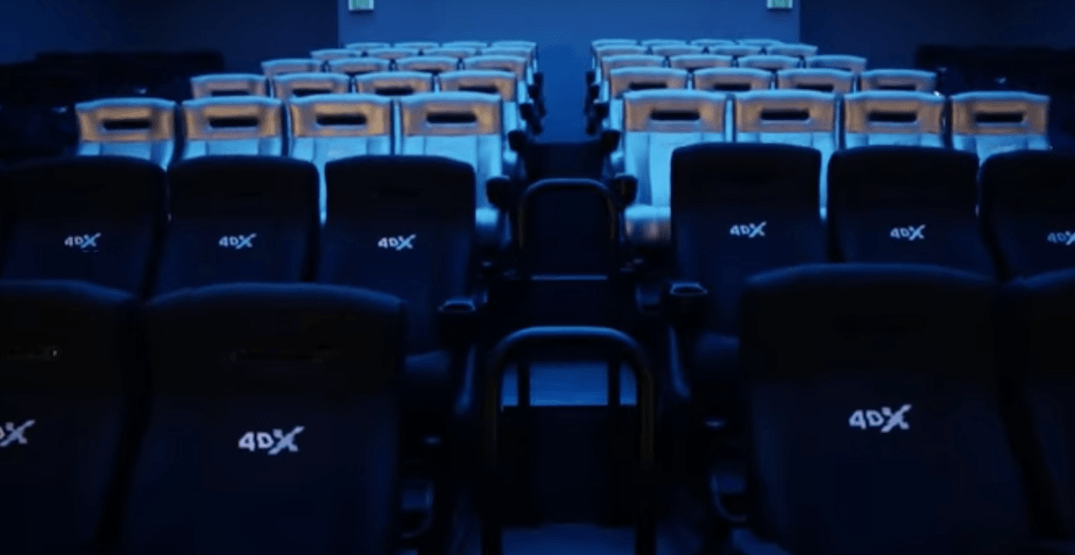 You’ve never experienced a movie quite like this before.

While 3D movies have been a longtime staple of the movie-going experience — think back to those old-school red and blue tinted glasses of the 60s — taking the cinema experience up another level is a relatively new idea.

4D movie theatres are not a new thing for Canada, as Toronto brought the concept to the country back in 2016, but the revolutionary technology has not been seen in Calgary… yet.

In a press release on Wednesday, September 19, Cineplex announced a partnership with CJ 4DPLEX that would see an expansion in 4D technology to 13 Canadian locations, with the first landing in Calgary, Alberta.

“We are incredibly proud of the success of 4DX in Toronto, which brought our technology to audiences in Canada for the first time,” said Brandon Choi, CEO of CJ 4DPLEX America, in the release.

“We look forward to growing our footprint throughout major cities across the country as part of our continued progress as the fastest-growing premium cinema format in the industry.”

CJ 4DPLEX has been bringing the 4D experience to theatres since 2009, with the specialized seats being installed in 561 auditoriums throughout 59 countries.

“Cineplex was proud to be the first company in Canada to pilot the technology, but we are even prouder to be the first to invest in a national roll-out,” said Ellis Jacob, President and CEO of Cineplex, in the release.

“As part of this new agreement, Scotiabank Theatre Chinook in Calgary, Alberta, will be the first location to begin construction with the new, state-of-the-art auditorium. 4DX is a truly immersive cinema experience and we know Calgarians, and all Canadians are really going to love it.”

Calgarians can expect to see the new tech at the Scotiabank Theatre Chinook by the end of the year, and up to 12 additional 4D-outfitted theatres in the country in the coming years.