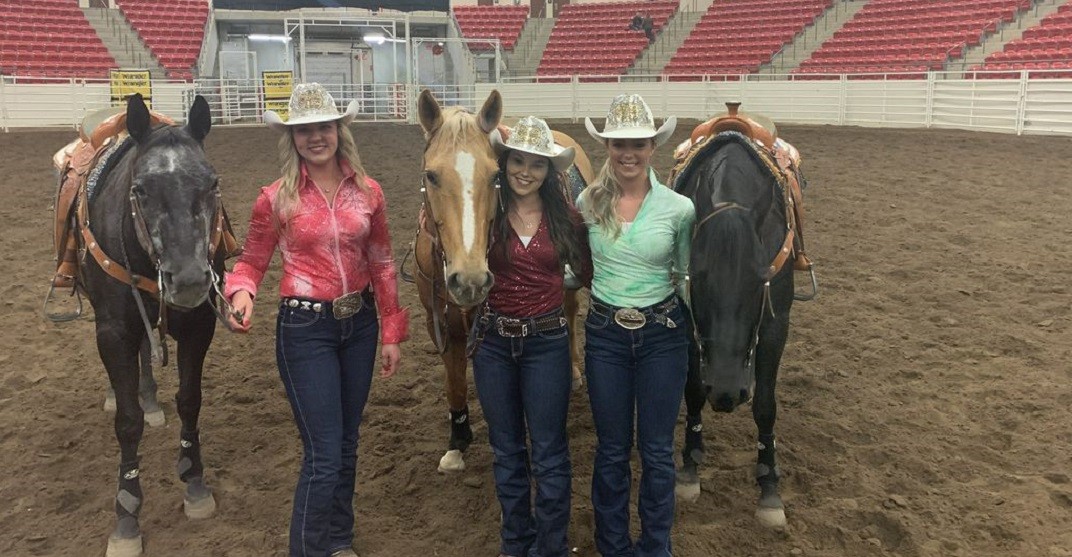 The 2020 Calgary Stampede royal trio has officially been announced.

Crowning the queen and princesses of the Calgary Stampede is a tradition that goes back decades, with young women being picked to become advocates and representatives of the Greatest Outdoor Show On Earth.

After weeks of competition that saw Calgary women proving their skills in horsemanship, public speaking, and poise under pressure, three women have finally been crowned for the 2020 Stampede.

Janelle Mackenzie, 24, is one of the two princesses. Mackenzie is a journeyman Heavy Duty Equipment Mechanic with Calgary Freightliner who enjoys competitive riding, yoga, volunteering for agricultural societies, gardening, and weightlifting in her free time.

The other princess crowned was 22-year-old Madeline Kerkovius, who works as a Health and Benefits Analyst at Willis Towers Watson. She graduated with a Bachelor of Commerce from the Smith School of Business at Carleton University. In her free time, she travels, cycles, and cooks.

And finally, the 2020 Calgary Stampede Queen is none other than Kelcey Moore, a professional dancer who works as a choreographer and teacher with The Show Performance Company. She graduated from the British Columbia College of Equine Therapy, Equine Sports Therapy Program at the Edge School for Athletes in 2019. In her free time, she volunteers by teaching professional and competitive dance.

“The Calgary Stampede Royalty program is a testament to celebrating women in western culture for more than 100 years,” said Rachel Hamilton, Royalty Committee Chair, in the release.

“I know Kelcey, Janelle, and Madeline will continue to represent the Calgary Stampede as ambassadors in western culture and heritage.”

Throughout the coming year, the three newly crowned women — alongside newly crowned First Nations Princess, Falon Manywounds — will make over 400 appearances around the world promoting the Calgary Stampede.