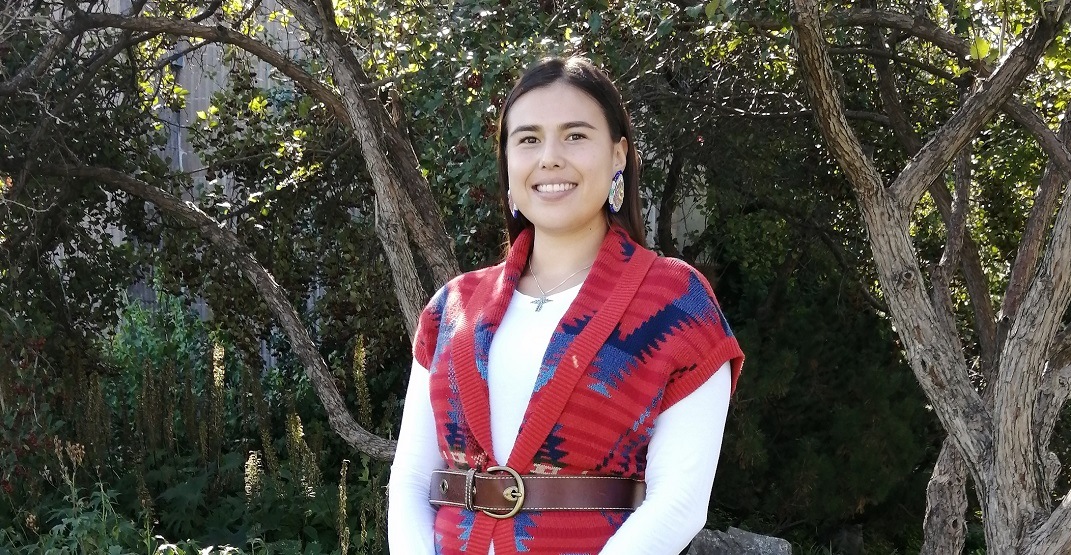 It may only be two short months since the end of the 2019 Calgary Stampede, but organizers are already getting the 2020 edition underway.

One of the most important events in the lead up to any Calgary Stampede is the naming of the Stampede Queen and Princesses, and this year’s First Nations Princess has already been announced after a two-week competition.

25-year-old Falon Manywounds, a Jingle Dress dancer of the Tsuut’ina Nation, will have the honour of being the First Nations Princess for the 2020 Calgary Stampede, in which she will ride in the parade, attend events, and act as an ambassador for the Greatest Outdoor Show On Earth.

According to a September 22 release from the Calgary Stampede, Manywounds was chosen after a 14-day competition between herself and five other young women. The women had to show their skills in public speaking and traditional dancing before the princess was ultimately chosen.

“Each of them has an unrivalled commitment to their community and culture. Falon will do a great job of representing the five nations of Treaty 7.”

Manywounds, a graduate of the Elevated Learning Academy with a diploma in Nutritional Science and Personal Training, is hoping to “inspire people to achieve their goals, take failure as a learning lesson, and be thankful for every experience,” according to the release.

The princess’ name in Tsuut’ina is Lone White Buffalo Woman, which was given to her by the late Fred Eagletail.

A transfer ceremony was held on Sunday in which the past First Nations Princess, Astokomii Smith, passed the crown on to Manywounds.