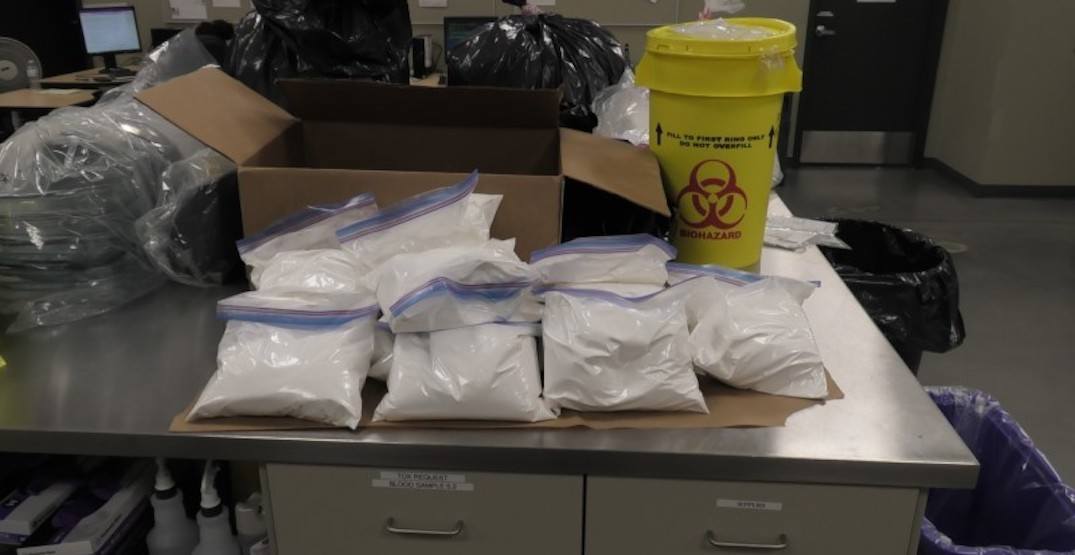 The Calgary Police Service is reporting that it has recovered nearly $1 million in fentanyl, ketamine, and other drugs.

A release from CPS states that the bust was the result of a month-long investigation into targeted individuals that police believed to be “involved in organized drug trafficking activity associated to [a recent increase in violence and shootings].”

Police say they entered a home on the 500 block of Riverfront Avenue SE on August 15 to execute a search warrant.

Upon entry, CPS officers noted that the apartment appeared to be contaminated with fentanyl powder, prompting a call to the CPS SAFE Team.

One man, 33-year-old Joshua Okabe, allegedly attempted to flee the scene when officers entered the apartment, though he was eventually arrested after what the release calls an extensive struggle.

A second man, 23-year-old Darwin Buccat, was also arrested at the scene.

Following the executions of search warrants of the apartment and a Subaru Impreza located in the building’s parking garage, police state they recovered hundreds of thousands of dollars worth of drugs, $1,640 in Canadian currency, and lab equipment believed to be associated with colouring fentanyl powders.

Here’s the full rundown of the bust: 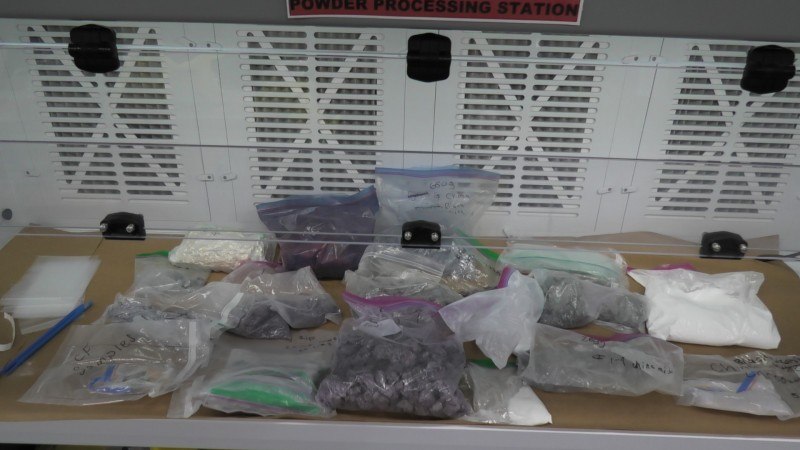 “This is a significant seizure for the Calgary Police Service,” said Staff Sergeant Kyle Grant of the Strategic Enforcement Unit in the release.

“These drugs had the potential to be very dangerous to our community and we will continue to target individuals who are involved in organized drug activity in our city.”

The Calgary Police Service also asks anyone with information about drugs or firearms offenses to contact the CPS non-emergency number of 403-266-1234 or to leave a tip anonymously through Crime Stoppers by calling 1-800-222-8477 or through their website.