New mother Zoe Saldana treated her husband Marco Perego to a date at the Scotiabank Theatre for his first Father’s Day. The couple walked through downtown Vancouver and stopped to grab Starbucks before heading in to see Zoe’s Guardian’s co-star Chris Pratt in Jurassic World.

Saldana and Perego have twin boys and will be staying in Vancouver while Zoe films Star Trek 3. Also starring in the film are Chris Pine, Karl Urban, Anton Yelchin, John Cho, Simon Pegg and Zachary Quinto.

Simon Pegg has also been seen enjoying the city. He is very familiar with the city as he filmed Mission: Impossible – Ghost Protocol and Hector and The Search for Happiness in this city over the past four years. On Friday night, he was seen taking in the sounds of the TD Vancouver International Jazz Festival.

If you spot any celebrities or filming in your area, send a tweet over to @lemon_buzz. 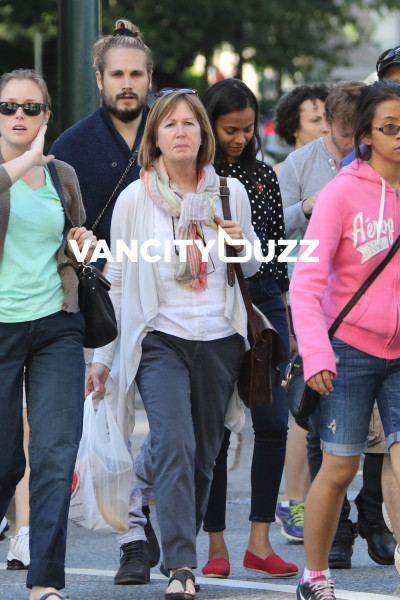 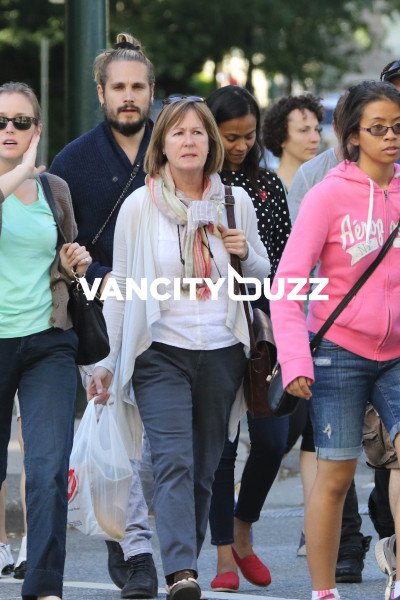 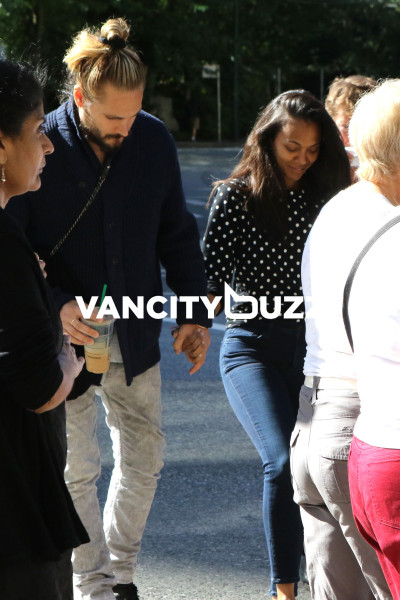 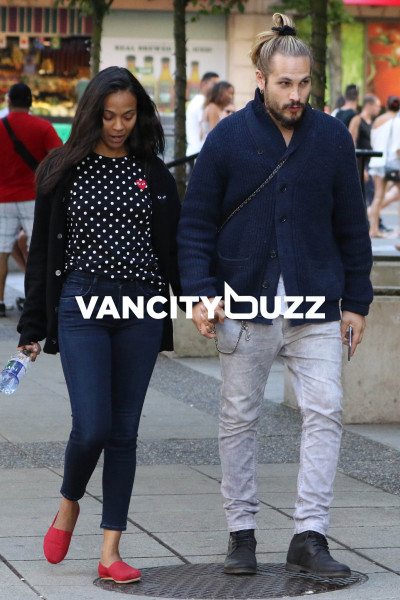 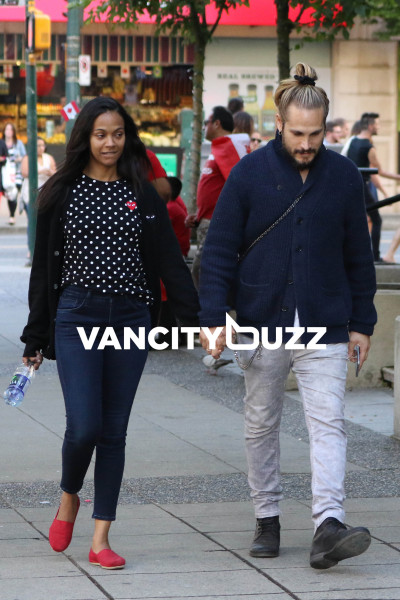