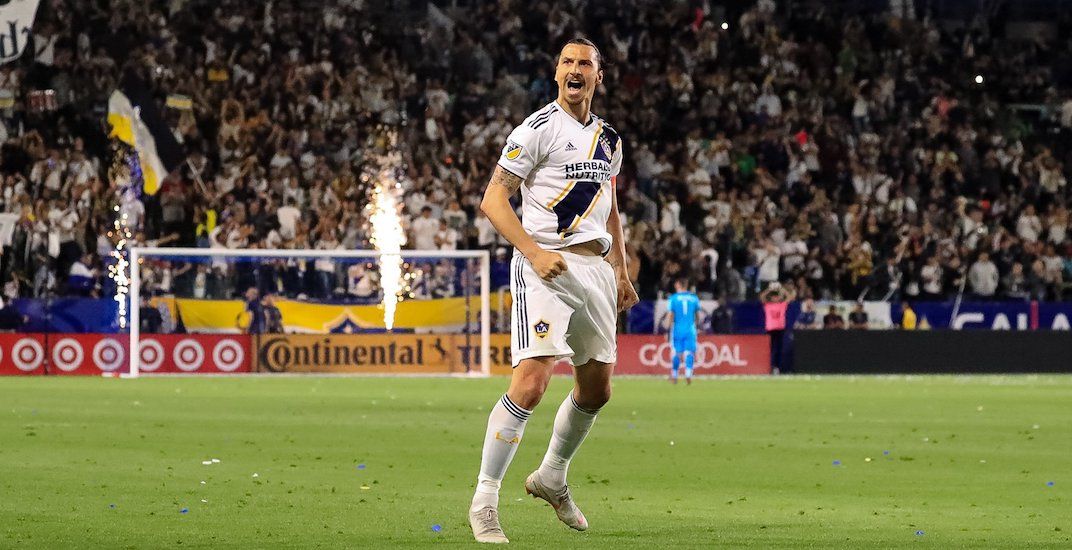 It looks likely that Zlatan Ibrahimovic will make his first-ever appearance in Vancouver when the Whitecaps host the LA Galaxy Friday night.

While some European soccer legends shy away from playing on artificial turf, causing them to avoid games at BC Place, Ibrahimovic doesn’t seem bothered by it.

“I have no problem with turf fields,” Ibrahimovic told reporters in Los Angeles earlier this week. “Coming into a new season, I feel fresh, I feel good, but I have this issue with my Achilles, but it was feeling good today (Monday).

“Let’s see during the week what happens. If I feel like I do today, I’m present, so all the fans can come and enjoy.”

Ibrahimovic didn’t play in Vancouver last season, as he made his MLS debut after the Galaxy’s lone visit to BC Place on March 24. He played against the Whitecaps last September in California, scoring two goals in a 3-0 Galaxy triumph.

The Whitecaps appear to be expecting his arrival, highlighting his presence in an email blast to fans on Tuesday with the subject line “Caps vs Zlatan’s Galaxy. Friday at 7 pm.” 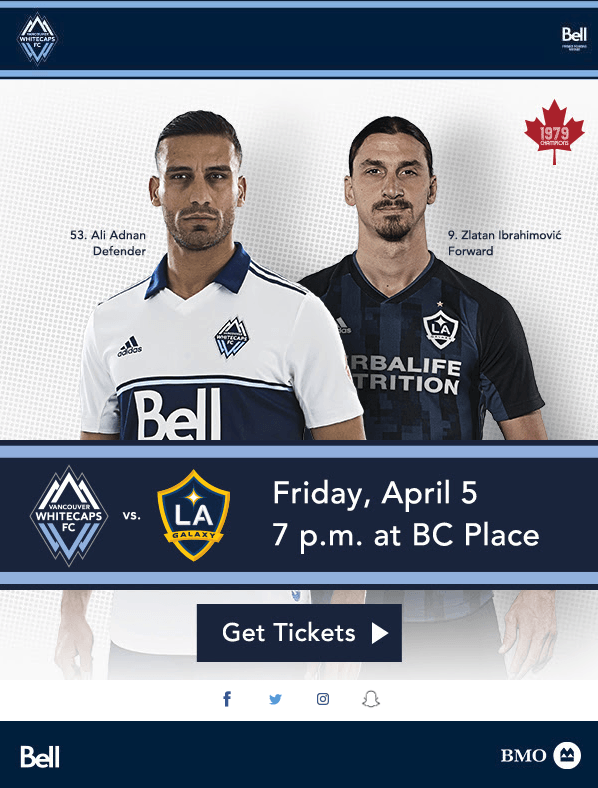 The 37-year-old has played for some of the biggest clubs in the world. His illustrious career includes stops in Malmo, Ajax, Juventus, Inter Milan, Barcelona, Milan, Paris Saint-Germain, and Manchester United, prior to joining MLS last season.

Ibrahimovic singlehandedly put Swedish football on the map. He carried Sweden on his back to two FIFA World Cups, and four UEFA European Championship tournaments. He retired from international play in 2016 as Sweden’s all-time leading scorer with 62 goals.

Zlatan, has done it all.

Despite his age, he’s still a threat to score from almost anywhere on the pitch and has already provided a number of memorable moments in his time with the Galaxy.

Ibrahimovic: “I am happy for Toronto because they will be remembered as my 500th victim.”

The 0-3-1 Whitecaps will have to do what few MLS teams have done: stop Zlatan.

In 29 MLS games, Ibrahimovic has scored 25 goals and added 10 assists. He scored two goals from the penalty spot on Sunday, helping the Galaxy earn a 2-1 win against Portland.

They may need to park the bus or hope Ibrahimovic takes an off day against a Vancouver back-line that has had its share of challenges this season.

“Zlatan cannot score, the ball scores,” said a philosophical-sounding Whitecaps FC head coach Marc Dos Santos after practice on Tuesday. “Zlatan can sprint, and run in the goal. It’s the ball, space, and our goal. That part has to be very well defended.”

“He does it all the time against everybody. He’s a dangerous player, a player that’s quality could make the difference at any time. We have to be very strong in our zone.”