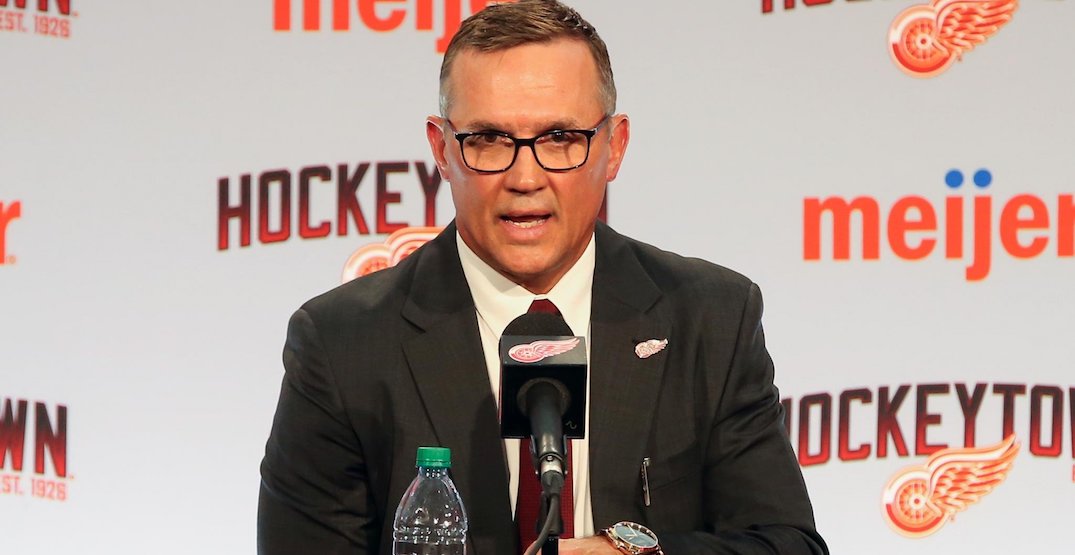 After recently being exposed to someone with COVID-19, Detroit Red Wings general manager Steve Yzerman won’t be congregating with other team executives for the NHL Draft today and tomorrow.

“He was exposed recently to an individual who tested positive for COVID-19,” the Red Wings announced on Tuesday. “Yzerman has received multiple negative test results and is experiencing no symptoms. Out of an abundance of caution, however, he will join the Red Wings hockey operations staff virtually for the entirety of the 2020 NHL Entry Draft.”

The 55-year-old Hall of Famer rejoined the Red Wings in 2019, following nine years as the GM of the Tampa Bay Lightning.

In light of the pandemic, the draft will be held virtually for the first time ever. Individual teams, however, are setting up ‘war rooms’ in their home cities.

The Red Wings have the fourth overall draft pick and are scheduled to select 10 times over the course of two days, including three times in the second round and twice in the third round.

The top three picks are held by the New York Rangers, Los Angeles Kings, and Ottawa Senators, with Alexis Lafreniere expected to be picked first overall. The Senators have three picks in the first round (third, fifth, and 28th).

Other Canadian teams picking in the first-round include the Winnipeg Jets (10th), Edmonton Oilers (14th), Toronto Maple Leafs (15th), Montreal Canadiens (16th), and Calgary Flames (19th). The Vancouver Canucks don’t have a pick until the third-round, having dealt their first two picks in separate deals for JT Miller and Tyler Toffoli.