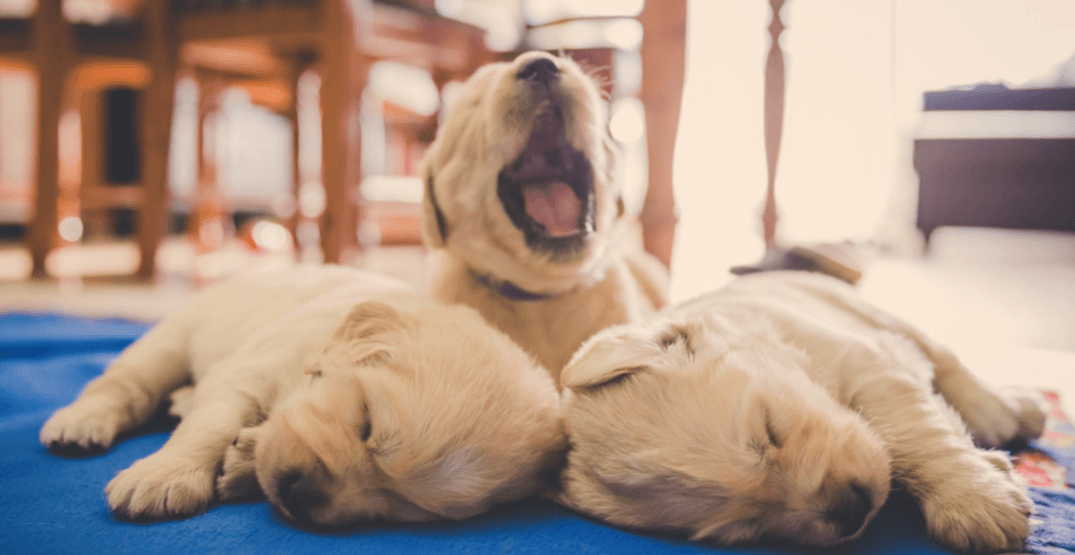 After announcing last week that it was reaching out to the public to help name three new puppies who will grow up to be trained assistance dogs, Vancouver International Airport (YVR) has announced the winning names have now been chosen.

The three dogs will now be known as Amelia, Wilbur, and Orville.

In addition to announcing the new names, the airport said it was proud its new partnership with PADS “and grateful to those who suggested names for the YVR litter.”

We’d like to introduce to the world for the first time – Amelia, Wilbur and Orville. So proud of our new partnership with @PADSdogs and grateful to those who suggested names for the YVR litter. #YVRPADSPUPS pic.twitter.com/IJK4ABr3vX

The humans who chose the winning names for the dogs have not yet been identified, but it’s safe to say they have a cozy future ahead of them, as one of the prizes for picking the winning name was a “snuggle session” with the pups.

Forgot to mention that the person who chooses a winning name gets a snuggle session with the puppies! #YVRPADSPUPS https://t.co/B4PoTYuW6K

So while we might be jealous that someone who isn’t us gets to cuddle these dogs, we still offer our congratulations to the winners of this contest, as these dogs no doubt have a bright future ahead of them.