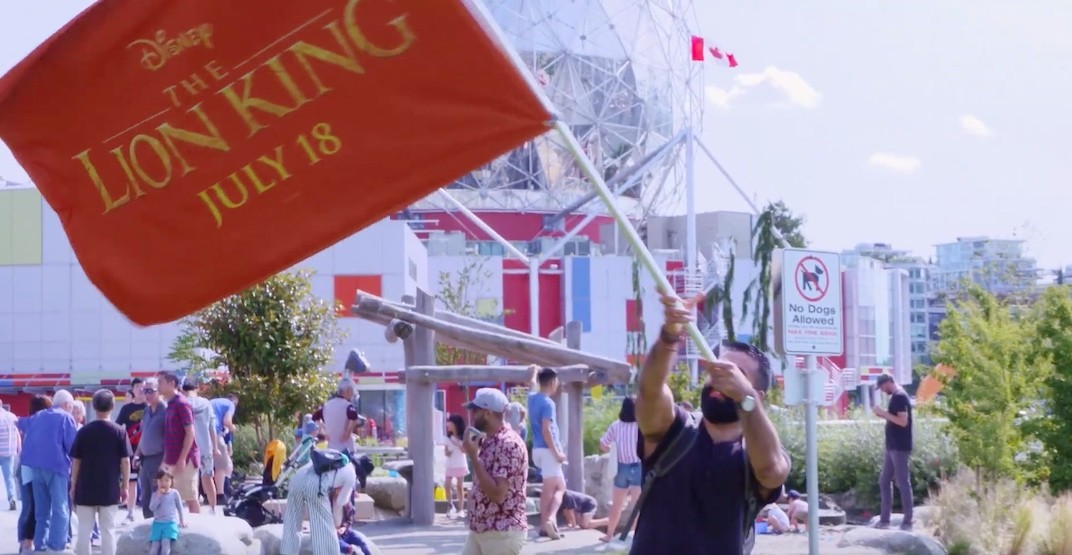 Just when you thought you couldn’t be more excited about the new Lion King movie.

Over the past weekend, commuters, tourists, and families around Vancouver were treated to several epic flash mobs.

The performances were part of a special campaign between the YVR Pop Choir and Walt Disney Studios Canada and saw members take to the Expo Line, the Olympic Cauldron, and Granville Island, amongst other locations.

Once there, they broke into two of the movie’s most iconic songs — “Circle of Life” and “I Just Can’t Wait to be King.”

The YVR Pop Choir, which was established in 2016, is a group of 60 performers. The choir director, Rebecca Lam, has worked as a vocal coach for more than 10 years and has taught more than 600 singers from around the world.

They perform pop, indie, and R&B songs and 100% of the proceeds from their shows are donated to local animal rescue services.

Oh, and just in case you were interested in joining them, they welcome all levels — you just have to audition beforehand.