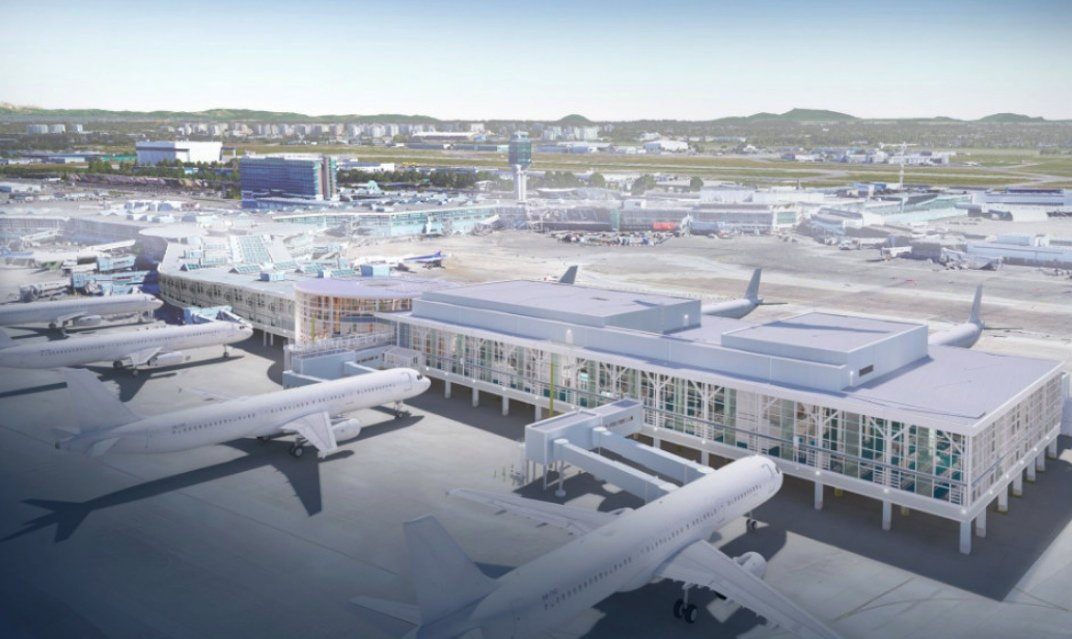 Whether you’ve grown up in Vancouver or are a new arrival to the city, chances are you’ve spent some time at the Vancouver International Airport (YVR). But YVR is more than just Vancouver’s largest travel hub — it’s an integral part of the local community. YVR is operated by a community-based, not-for-profit organization, a model which allows it to constantly reinvest all profits back into the airport and local infrastructure. These improvements help to attract more passengers to the airport, which brings more flights, and with more flights come more jobs and more revenue reinvested back into the region.

YVR’s commitment to bettering its community drives economic growth, funds infrastructure, and allows it to strive for sustainability in its operations and throughout the region. With a publicly-appointed Board dedicated to keeping community interests front and center, YVR is constantly improving the airport for everyone.

YVR’s public interest mandate —to provide the community with economic and social benefits — drives every decision the organization makes, and its unique operating model enables the airport to play a key role in the local economy by creating jobs and driving business activity in BC. It supports thousands of jobs at the airport and across the province, while working with its partners to provide more air services that link its communities with the world.

YVR supports more than 24,000 jobs on Sea Island and 100,000 jobs across BC through operations, tourism, and cargo. In 2018, YVR contributed $16.5 billion in total economic output across British Columbia.

YVR is also home to an award-winning selection of more than 170 shops, services, and restaurants, including a medical clinic, on-site pharmacy, and World Duty Free. These shops and amenities enhance the passenger experience and provide an excellent source of revenue to the Airport Authority, which enables YVR to lower landing and terminal fees for airlines. This is yet another way the organization attracts more flights, creates jobs, and generates revenue for the region.

Thanks to YVR’s community-based, not-for-profit model and public interest mandate, the organization’s revenue can be reinvested into the development of the airport and in infrastructure upgrades for its community.

One of the many ways that YVR supports its community is by investing in the infrastructure needed to further connect the surrounding region, focusing on long-term improvements to enhance the passenger experience. This includes providing funding to several infrastructure upgrade initiatives, such as the Canada Line skytrain extension.

Recently, YVR invested $300 million towards the addition of the Sea Island portion of the rapid transit system in an effort to increase transportation options for passengers and the surrounding community. This investment is a testament to YVR’s community-centric mandate and also demonstrates its commitment to sustainability as the first Canadian airport to invest in sustainable public transportation.

According to Vancouver Airport Authority, one in five air travellers at YVR use the Canada Line and, based on Translink data, there were 10.23 million boardings at the three Canada Line stations on Sea Island in 2018 alone. In helping to provide this sustainable, rapid transit option to passengers and locals, YVR is attracting more passengers, more flights, more jobs, and more revenue that can be funneled back into the airport and its community. 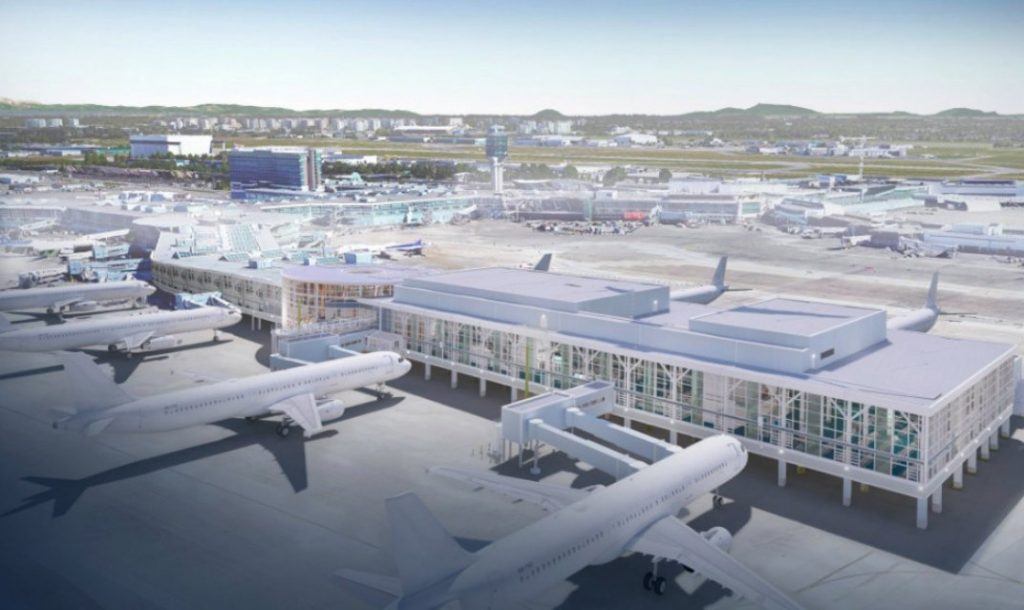 YVR is on an ambitious journey to build the airport of the future and is currently in the second year of a 20-year expansion program featuring a new parkade, an international terminal, and one of Canada’s largest GeoExchange systems. This multi-year expansion plan includes its biggest sustainability projects to date, new parking options, terminal expansions, safety upgrades, and much more.

As a financially independent organization, YVR is not government-run, allowing it to undertake these ambitious projects. These airport upgrades also serve to increase the speed and ease of movement through YVR and help create an outstanding passenger experience for everyone who visits Vancouver’s travel hub. 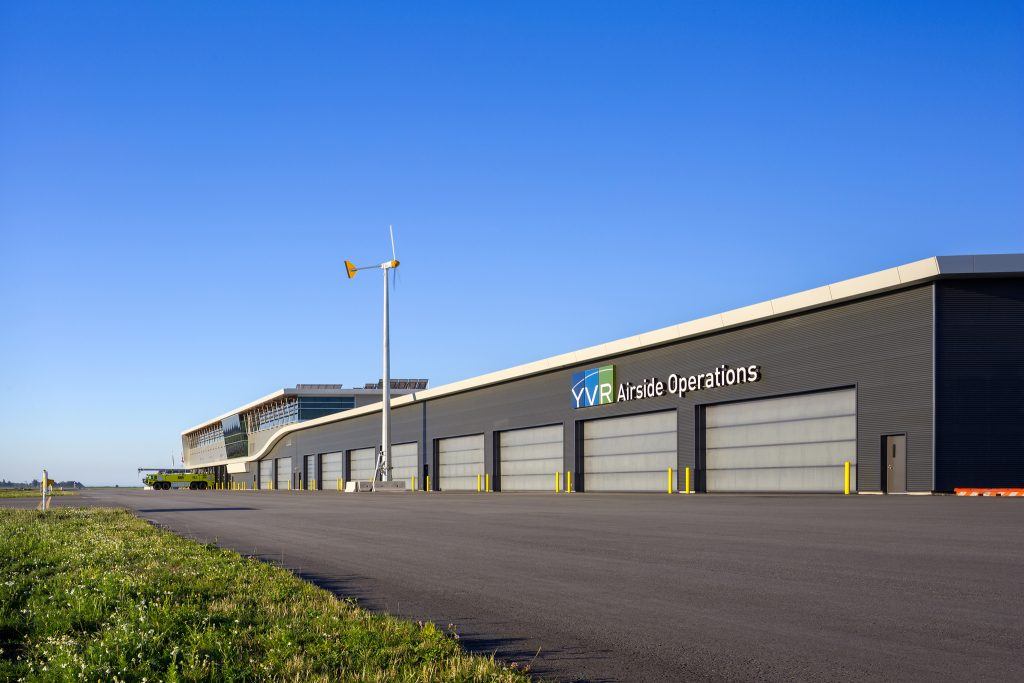 Whether it’s runways or terminals, YVR’s airport facilities keep pace with record passenger growth in innovative and sustainable ways. Some of the unique sustainability features YVR has implemented include motion-activated moving walkways and solar-powered hot water systems. Most recently, YVR introduced the use of geothermal and wind turbine energy to power its new Airside Operations Building. Together, these innovations are both energy- and cost-saving, enabling YVR to invest more funds in airport development and the region.

YVR is a unique and important part of the Lower Mainland community. From economic growth and funding local infrastructure upgrades to executing airport expansions and investing in sustainability, YVR aims to attract more passengers and flights to the airport, create more jobs, and invest more revenue into the community. Its public interest mandate and community-based, not-for-profit operating model has also led to global recognition, as YVR has been named Best Airport in North America for a record 10 years running.