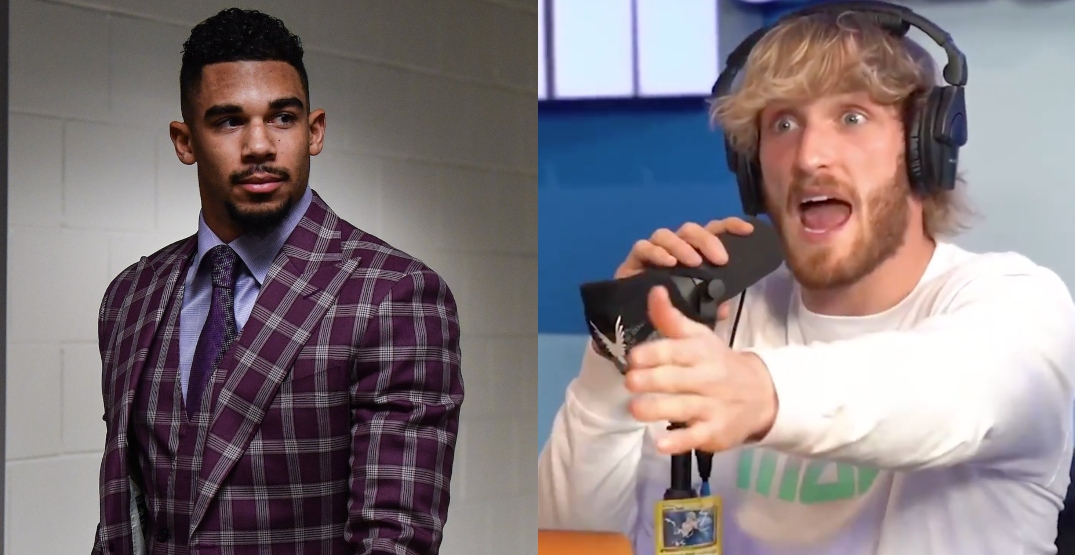 Having already challenged YouTube star Jake Paul to a fight, Evander Kane is now promising to beat up his brother Logan too.

Logan Paul, who is also YouTube famous and has boxing experience, openly mocked Kane on the Impaulsive podcast.

“Evander Kane? San Jose Sharks? Now what is that, exactly? Is that some sort of fish? An aquatic animal that lives in San Jose?” Logan asked rhetorically.

After Jake Paul knocked out former NBA player Nate Robinson in a made-for-TV boxing match this weekend, Kane took to Twitter to get his name on the fight list.

“I’d wreck ya,” said the San Jose Sharks winger. “Easy to beat up guys with no experience and much smaller.”

.@LoganPaul went off on @evanderkane_9 and wants to fight him in the ring. 👀😳

Who do you think would win a boxing match between these two? 🥊

Logan seemed to suggest that Kane wasn’t famous enough for him or his brother to fight, but theorized that the NHL star could be easily knocked out.

Kane has since clapped back, saying: “Logan Paul, I’ll take the mop off your head and wipe the floor with ya.”