Construction has yet to take place for the $15-million coal-transfer project approved by Port Metro Vancouver last August. Court battles and regulatory decisions along with health and safety officials voicing serious concern surrounding the safety and risks of the project contribute to the projects hold up. Although Port Metro approved the project, the health and environmental permits have yet to be passed.

Located at Fraser Surrey Docks, the largest marine terminal on the West Coast of North America, the project would enable eight million tons of US-mined thermal coal to be annually shipped through Metro Vancouver. A 125-car train carrying the coal would pass through White Rock and South Surrey communities daily on it’s way to the barges at the docks. Once at the docks, workers would load and dispatch uncovered barges of coal to another facility on Texada Island. The coal would then be transferred to larger cargo vessels and exported to Asian markets to be used for electricity. The project would provide 25 permanent and 25 temporary jobs.

Port Metro has been criticized by many environmental organizations, First Nations communities, health authorities and community groups who show clear opposition to approving the project. They have also been criticized by their lack of transparency as well as refusing to reassess their health and environmental impact assessments after an overwhelming wave of opposition during the 30-day public question period. 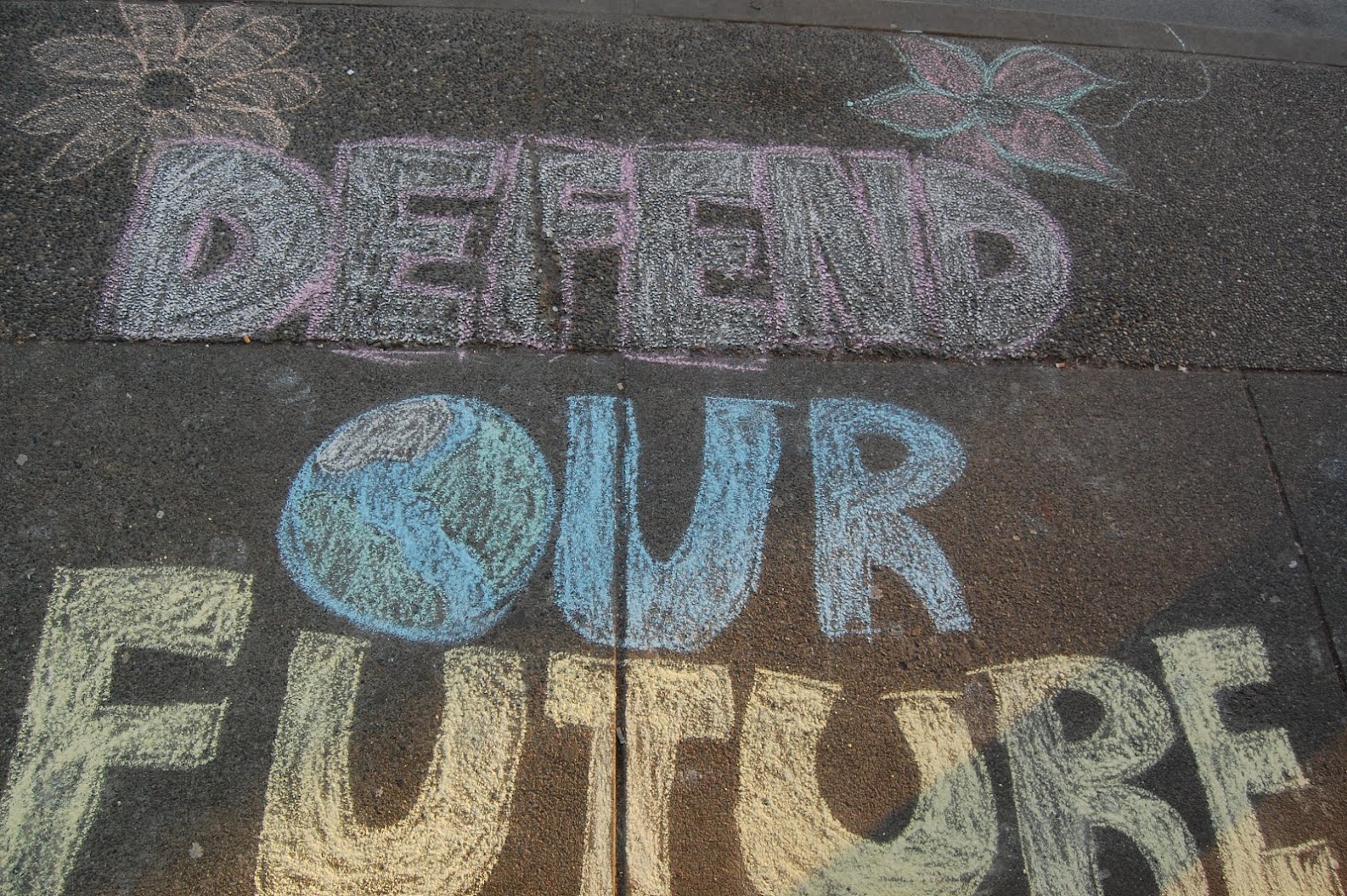 Among the organizations opposing the project, a youth run organization is taking a stand with a different approach. Kids For Climate Action is a Vancouver-based non-profit organization. Founded in 2011, their mission is to unite, educate and engage their fellow peers and remind Canada’s political leaders of their obligation to take action on climate change. Kids for Climate Action has organized numerous events, including rallies, marches, and protests advocating for stronger political action on climate change.

One of the events they have organized is Defend Our Future, voicing opposition to coal exports in BC. Last year, Kids For Climate Action’s 15 youth teams pushed for change from their local MLAs. This year, the organization has planned 20 Defend Our Future events to take place on Wednesday, April 8th. On this day, the students will protest outside their local politicians office demanding that they stand up against thermal coal exports. The students have scheduled events in Vancouver, North Vancouver, Burnaby, Surrey, New Westminster, Langley, Victoria, Bella Coola, Salt Spring Island, Maple Ridge, Cowichan Valley and Delta.

Their objective is to win the support of their local MLA’s who can then demand better health and environmental impact assessments to be conducted before the project goes through. Additionally, the MLA’s can help Metro Vancouver uphold their power over its air quality permit, which Port Metro is currently battling in court; disagreeing with the region’s right to grant this permit arguing that air quality should not be under the jurisdiction of Metro Vancouver.

Numerous court battles are taking place in connection to the project regarding the increased coal storage on Texada Island, and health issues regarding the toxic coal dust. 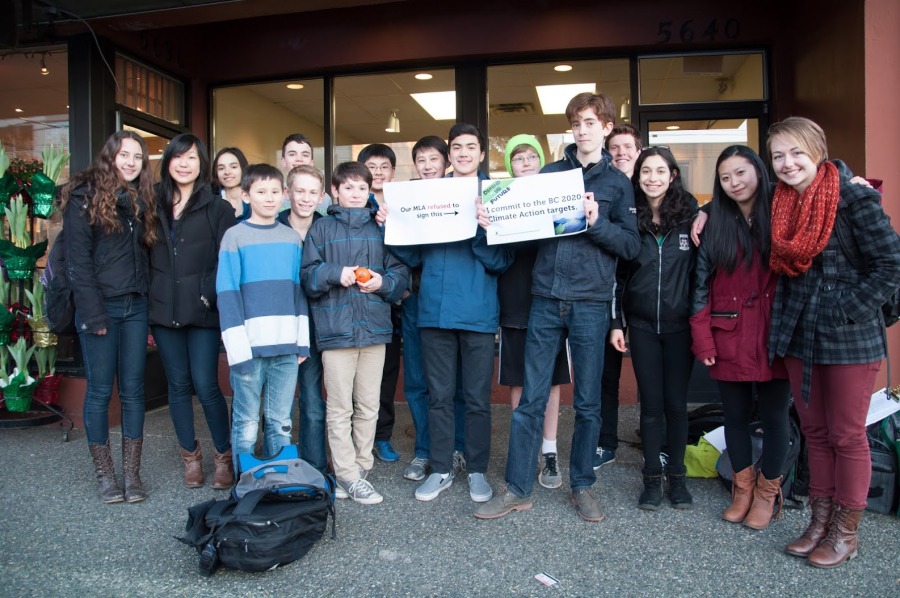 In a future court battle scheduled to take place in the fall, opponents of the project will have the support of the City of Surrey and New Westminster against the Port Authority arguing their inability to mention climate change implications of the project.

“There’s also the chance that, should Surrey reject a wastewater permit needed for Fraser Surrey Docks to go ahead, Port Metro will have to apply directly to the province for the right to dump their wastewater into the Fraser River.” said Kate Hodgson, a student at Kitsilano Secondary and director of Kids for Climate Action. “Then, the province would have the opportunity to shut them down. As well, the coal would be transported through the Salish Sea, and past three national parks. That’s kind of open territory, but the province has the opportunity get involved there as well.”

Many organizations, including Kids For Climate Action, are also accusing Port Metro Vancouver of not extensively investigating the negative aspects of coal or the toxic coal dust, saying that, “The dust would have a huge repercussion on both local ecosystems and global climates.”

In Port Metro’s media release, they noted that they are taking additional measures to prevent the toxic coal dust from escaping during its transportation to Texada Island saying that they have “incorporated further dust control enhancements to the project including the elimination of a coal stockpile, a second re-spray facility to re-apply a “topping agent” to loaded rail cars and a commitment to apply similar binding agents to loaded barges.” Despite the statement, environmentalists and health and safety officials are still not convinced.

“Reducing the use of thermal coal, a carbon intensive fossil fuel, is vital in mitigating global climate change.“ said Stephanie Wu, a member of Kids for Climate Action. Thermal coal is burnt as a means of electricity production, and is known as one of the most harmful fossil fuels on the planet. “In order to avoid catastrophic climate change, we need to reduce our use of thermal coal by 80 per cent. We simply cannot afford to continue expanding our exports now.” said Hodgson, “There are plenty of alternatives to coal as a means of electricity production, and the only barriers are social and political.”

“Our generation should not rely on the same dirty resources used in the 18th century. We should be building a green economy for the 21st century.”

Despite all of the controversy, Jeff Scott, the CEO of Fraser Surrey Docks, has predicted the coal-transfer project could be completed as early as mid 2016.

For further information on Defend Our Future and Kids For Climate Action, visit www.dofuture.ca.