“You Gotta Eat Here” hits the road for its fourth season on Food Network Canada January 30, and this time around the popular show finds host John Catucci enjoying the eats at two Vancouver restaurants.

I talked to Catucci about his take on the Vancouver food scene, as well as some of his own food foibles in a fun chat that ended with…a bowling challenge.

With stops at Campagnolo Roma and Romer’s Burger Bar in the city (and a few more visits to other eateries in B.C.) this season of YGEH once again finds the plaid-wearing funnyman in the kitchen learning the secrets behind signature restaurant dishes.

Catucci explains that the restaurants are chosen each time around by the YGEH production team, who scour the web for reviews, or follow up on the many viewer tips that are sent in. 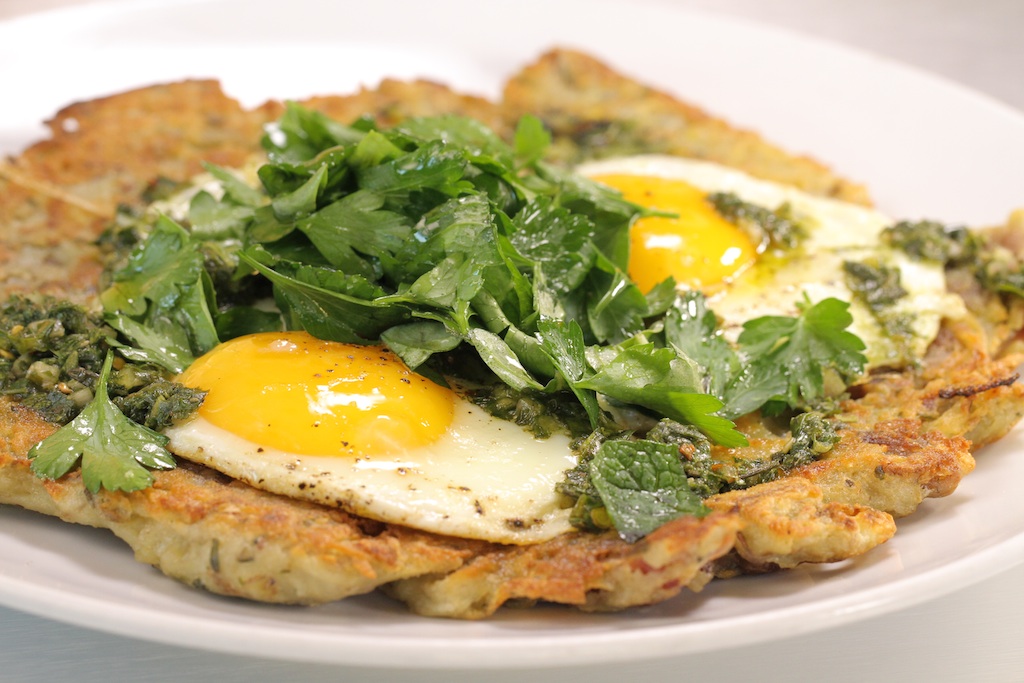 Those familiar with the show will know Catucci isn’t as wildly enthusiastic about spicy food the way he is about some of the other dishes he helps make and taste. “My spice tolerance has dropped quite a bit,” laughs Catucci, putting the blame on the passing years. The producers do try to select dishes to showcase with this in mind, but Catucci admits sometimes he has to “remind [the chefs] gently to tone down the hot sauce” when he’s in their kitchens.

When it comes down to what makes a dish a “you gotta eat this” kind of item, sometimes, Catucci confesses, size matters. “Sometimes it’s like the bigger the better,” he explains, adding it has a lot to do with visual appeal. But there’s also a larger emotional force at work when a dish goes into the neighbourhood canon of classics. So often, says Catucci, the dishes they spotlight on YGEH fall into the comfort food category.

“Does it resonate to you? Does it touch some nerve?” says Catucci. “Does it remind you of something you’ve had before?” he offers to illustrate the powerful pull our emotions can experience when it comes to eating.

Another consideration for the show is featuring restaurants and chef that are doing these comfort classics, but putting their own unique spin on the dishes. Catucci says YGEH spans the spectrum of restaurants that have become local institutions and newer restaurants that are adding new twists to old favourites. 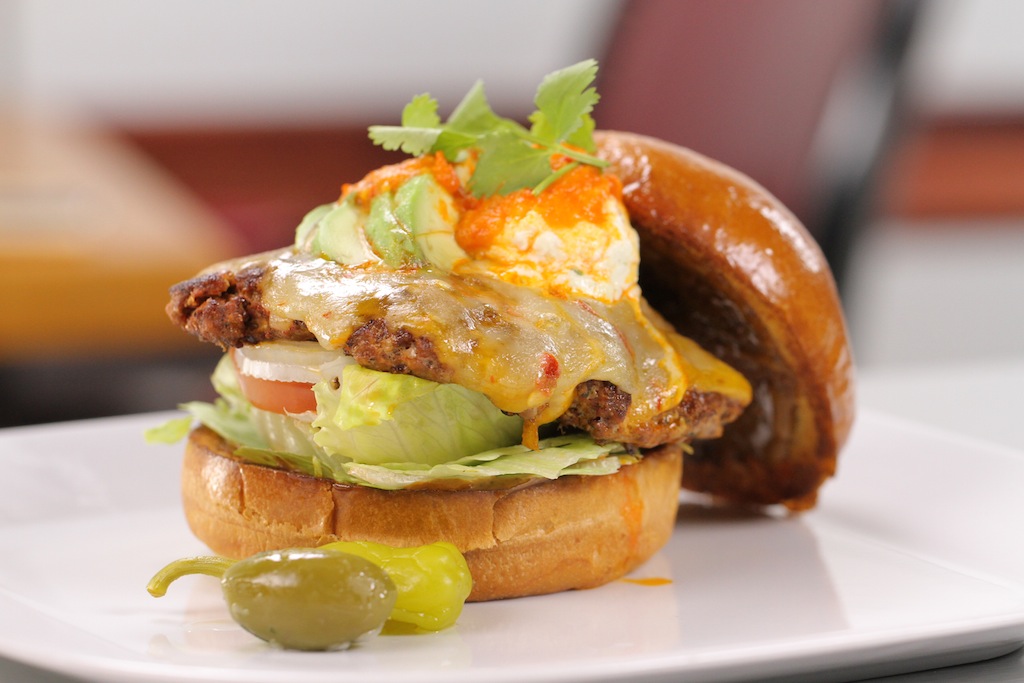 When Catucci and the YGEH crew land in Vancouver, the host admits, their first stop is often Banana Leaf for some Malaysian food. Sushi is also a must on a B.C. trip for Catucci, who jokingly recalls many encounters with those massive sushi rolls “you need three people to hold.”

Fresh fish, like what’s served up at Vancouver’s plentiful sushi bars, is just one of the things the west coast does great, along with the city’s vast array of ethnic eats. “I really haven’t had any bad meals in Vancouver at all,” attests Catucci. “I’ve had great neopolitan pizza, and this time we had some great Caribbean food. There are so many great restaurants with so many different styles of food. Every time we come back there are more and more restaurants to try.”

It’s no surprise that, when asked what Vancouver could have more of, Catucci suggests BBQ. “That’s one of the things that’s big everywhere,” he says of the staple of the American south. Catucci, who has written about BBQ and happened to be talking to me YGEH’s stop in Austin, Texas, notes that the trend is growing elsewhere in Canada. “There are big smokehouses opening up, serving ribs and pork in the traditional style, or there are places going out of the way and smoking interesting stuff.”

When Catucci is at home in Toronto with his wife and two young daughters, he still ends up eating at restaurants, thanks in no small part to his wife’s excitement to have him home and enjoy dining out with. For Catucci much of what he eats when at home has to do with comfort and familiarity. “There are a couple of restaurants in my neighbourhood that we like to hit. But other times I just want a bowl of soup, grilled cheese, or plate of pasta,” he explains.

“I’m also very lazy,” adds Catucci, describing an oft-repeated scenario that finds him headed home with a car full of groceries and calling his family to say he’d be stopping to pick up some take out to bring home to eat.

Catucci says his daughters are budding foodies who are given to rhapsodizing over some good eats and letting him know: “Daddy, this is so good!” The Catuccis also watch YGEH episodes when they air, and the girls like to give their dad some notes. Their number one critique: “You shouldn’t talk with your mouth full.”

Catucci is always being asked to talk about food, though (as this story attests, I’m guilty as charged, too) and, yes, people are always asking him for recommendations for where to eat.

“That happens all the time, in person and on Twitter. I love it. It’s something I can do, because I’ve got that knowledge.”

Rather than asking where I should eat, I wanted to find out what Catucci likes when the cameras are off–you know, the stuff of real cravings.

Catucci’s “last supper” meal, he says, would be a big ol’ traditional Thanksgiving spread, with all the trimmings. It’s hard not to recognize those holiday-time stomach growls when he describes the feast: “Beautiful, moist, tender turkey, gravy, mashed potatoes. I’d have some sweet potatoes on the side, maybe some corn on the cob. I love a Thanksgiving meal. And there’d better be stuffing. I love stuffing.” 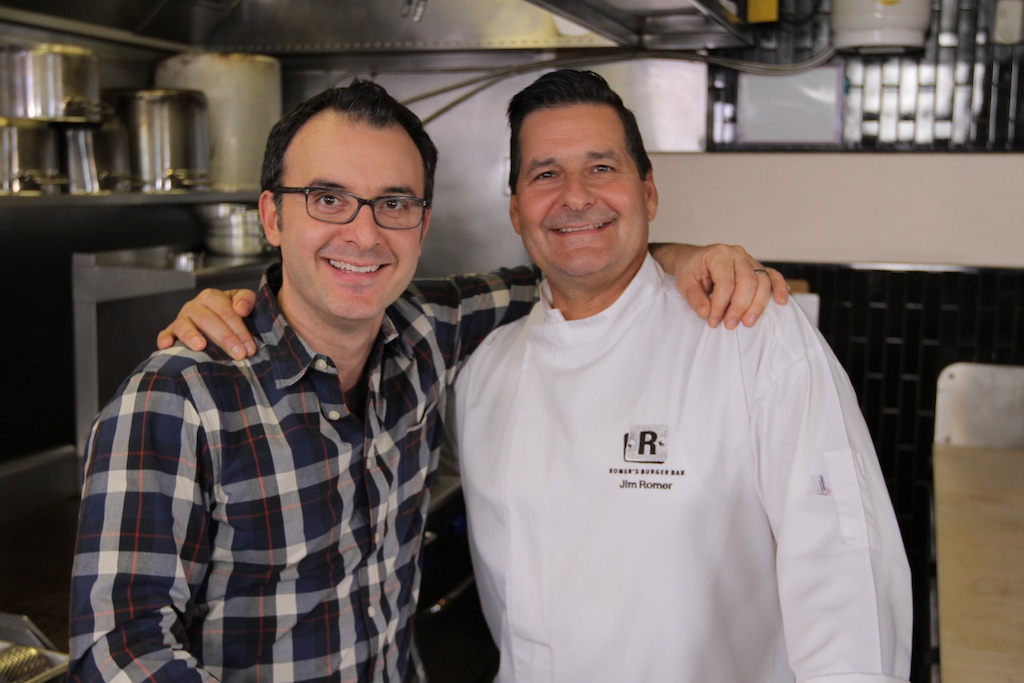 For Catucci’s ultimate guilty pleasure or ideal midnight snack, hands down the honour goes to Nutella. “If there’s Nutella in the house I’m fucked,” confesses Catucci. “I’m screwed. It’s done. It’s 11 o’clock, and I know I shouldn’t, but I’ll put some white sliced bread in the toaster, and get the Nutella out of the cupboard.”

Nutella is serious stuff at the Catucci house. “I love Nutella so much that when my youngest was three or four I’d hide it up on a top shelf,” explains Catucci. It worked until one day his mom came over to babysit, and when Catucci returned, his daughter excitedly shared with her dad what delicious treat her grandmother had given her. (Fortunately, says Catucci, they aren’t as into it as he is, so he doesn’t have to share too much or too often.)

But what does the comedian like to eat at a bowling alley? You may be wondering how we got to talking about bowling alleys. As it turns out, when Catucci and the YGEH crew visit cities across Canada and, more recently, the U.S., they love to go bowling. Catucci says their favourite Vancouver lanes have since shut down, so Grandview Lanes it is. Bowling is serious business for Catucci (he’s got his own shoes) but when it comes to bowling eats, he’s a simple man. “I love having a grilled cheese at the bowling alley,” he admits.

This is gonna be fun “@VancityBuzz: We just challenged @johncatucci & the @YouGottaEatHere team to a bowling match. They accepted. It's on.”

So the next time Catucci hits Vancouver with the YGEH team, the Vancity Buzz team will see him at Grandview for our bowling challenge. Before then, we’ll all have to tune into Food Network Canada Friday nights to watch season four of “You Gotta Eat Here.”