Running from June 12 to 29, Electric Company Theatre’s You Are Very Star is an ambitious, immersive production that warps expectations of where and how theatre exists.

The H.R. MacMillan Space Centre, having hosted stargazing Vancouverites for 45 years, is an impressive backdrop for You Are Very Star. In fact, this is exactly the kind of play you would imagine taking place at the Planetarium, and if that sounds like your thing, it’s worth checking out. 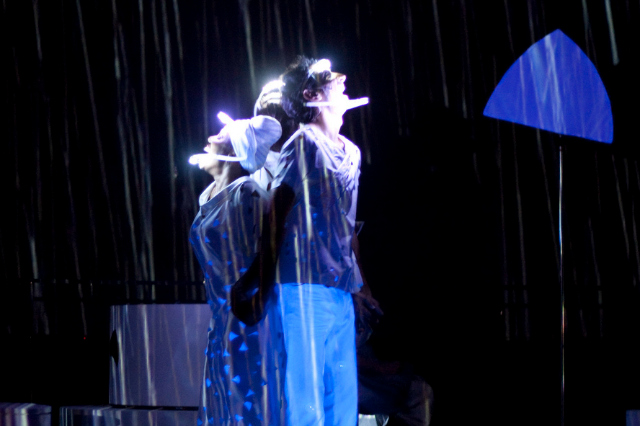 Part One: Orbiting the Cusp of Greatness takes place in 1968 and shows, in reverse chronology, what happens when your professor starts a cult the night of a spacecraft launch. There’s humour, drama and plenty of cultural references, along with the quirky use of a classic teaching tool: the overhead projector.

The Interlude has the audience running around the Planetarium, completing tasks in a scavenger hunt. This activity is inventive and very enjoyable; it’s not during every play intermission that you find yourself on Skype with a senior, selecting jukebox tracks, or stabbing out notes on a typewriter. 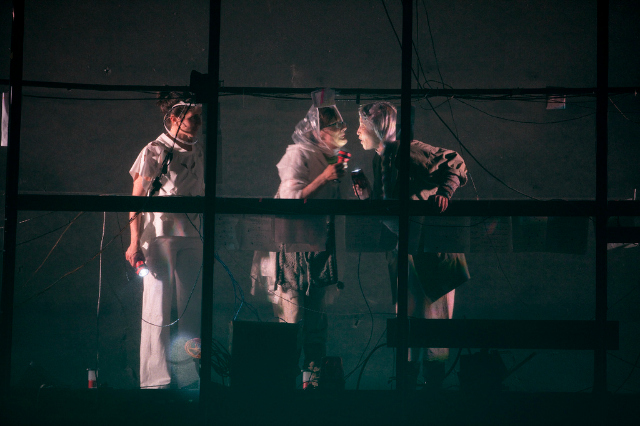 Part Two: Transcendence brings participants to the Star Theatre, and demonstrates the struggle of being an “augmented” human in 2048. The characters can communicate thoughts with nods of the head and sustain multiple conversations at once in their minds. It’s an intriguing plot set against the spectacular effects of the Planetarium’s main theatre. Projections, lights, and scenes staged behind the screen make You Are Very Star a theatre experience that’s truly otherworldly.

You Are Very Star

Written by Jon Keller. Connect with Jon on Twitter at @jonkeller8.